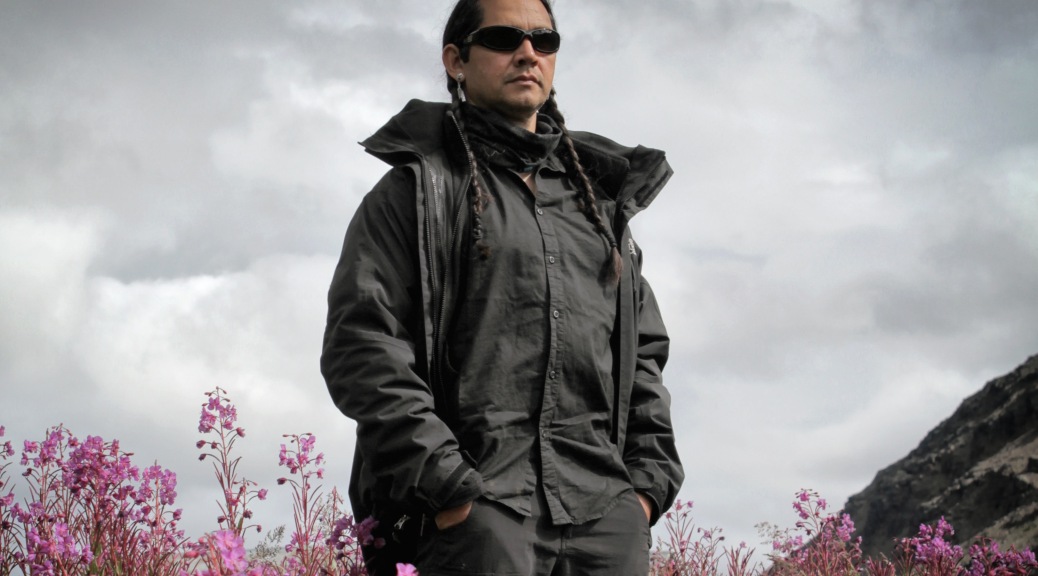 The greatest forms of art are often achieved when one is pushed to their limits, when challenges that are presented seem impossible to overcome, but effort and determination lead to the shining light that is great success. And beyond that, the greatest sense of accomplishment can often be creating such a masterpiece where the reward is not monetary, but knowing what you have created will be appreciated by so many people, and forever changed your outlook on life. Not many people ever get to experience such a feeling, but filmmaker Carlisle Antonio is one of the lucky few.

Antonio spent months in gruelling conditions on a volunteer project in Alaska, making a series of films for the National Park Service that they will use for all the Park visitor centers around the United States as well as for distribution via the Internet, social media and NPS sites. It involved working primarily as the caretaker for the Bremner Historic District, which is situated deep in the Wrangell-St Elias mountains, staying in a primitive cabin that was part of the Yellow Band Gold Mines base camp from 1939 to 1941.

“It was challenging in every aspect, physically, emotionally and mentally. Having to live in extremely remote conditions surrounded by glaciers and steep mountains, with Grizzlies and other wildlife, collecting drinking water from glacial streams with temperatures that would chill every bone in your body, watching eagles playing amidst majestic mountains and landscapes,” said Antonio. “I refer to Alaska as  ‘Gods Painted Landscape’”.

Antonio has a vast amount of experience directing and producing films. As CEO of Red Man production films, he travels the globe telling the stories that need to be told. His success comes from the passion he has for filmmaking.

“It’s a medium that can have an immediate and powerful impact on people around the world from all walks of life,” he said. “It can transcend race, culture, religion, politics and prejudice and can build bridges that can play an important role in understanding the world we live in through all its complexities.”

This is the exact experience Antonio had in Alaska. With each rising sun, a new set of challenges were presented to him, while still combatting the difficult and harsh weather that the North can bring.

“To be so isolated, making a wrong decision can literally mean losing your life,” he described.

The change in his usual scenery allowed Antonio to learn and experience many things. He explained that he learned how to use satellite radios, talk to pilots, take weather readings off the mountains, maintain hiking trails, camp in wilderness, bear safety and the dangers of bears, camp safety, river crossings, trek through hazardous terrain, glacier crossings, how to read the terrain and signs of animal activity, trek though wilderness and back country, maintain cabins and campsites, give advice to visitors, and help plan hiking and trekking routes safely. He learned how to read topographical maps, maintain a strict camp discipline. He learned how to use solar paneling to charge phones, batteries and radios. But beyond what is practical, he learned much more.

“I learned how to live with myself in a way that I was deeply fulfilled, physically, emotionally, mentally, physically and spiritually. I learned about the difference between the things we need and the things we think we need. I learned about silence and the natural rhythms of the earth and what we call wildlife. I learned about awe and beauty and humility,” he described. “Because living in a place such as this, you realize the fragility of our own mortality and the delusions that we are in control.”

The National Park Service will benefit for years due to Antonio’s volunteerism. Without him, such a project may not have been possible.

“To be surrounded in such beauty and in a place where conventional time really didn’t exist; I felt a freedom that cannot be found anywhere else,” he said. “With no electricity and the normal everyday city trappings, like phones, Internet, Facebook, etc. its like throwing out all your stresses and anxieties and finding out what it means to be alive. What is not to enjoy about that?”

Antonio donated his time, and ample amount of experience and success in filmmaking for a project that has meant so much. The true definition of selfless art.

“I guess Alaska taught me how to be alive and thankful for being part of this amazing journey that we know as life,” he concluded.