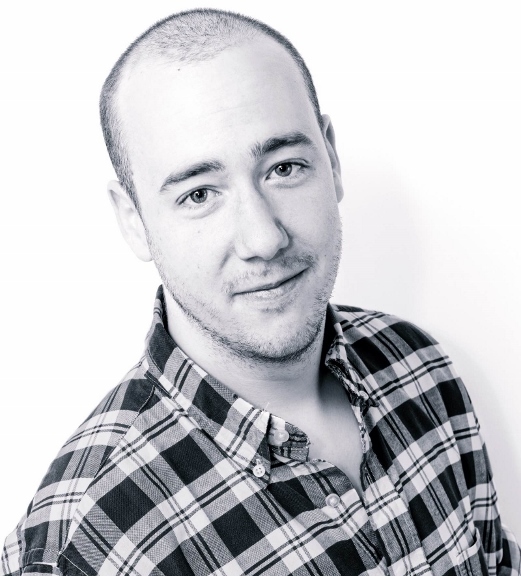 It’s almost a certainty that anything which includes the phrase “polyamorous love triangle” will not end well. That’s the plot and the point to the film WANDA by the Canadian comedy troupe Tony Ho. Tony Ho is definitely a “they” and not a “he” but one of the stars of the film, Adam Niebergall, plays a man who is about as “he” as possible. Niebergalls’ character in WANDA is rough, tough, and definitely enjoys the company of other men; meaning all things masculine are on his agenda. That’s an odd character for a love triangle involving a woman named Wanda; even more odd that the character Wanda never makes an appearance in the comedy film. It’s one of the many not so obvious factors that makes WANDA surprising and unexpected. It’s the story of a situation you never want to be in leading to even more situations that you don’t want to be in; interacting with people you definitely don’t want to be involved with. If Stephen King wrote a romantic comedy after an evening playing the board game Clue, it would be WANDA. Uncomfortably funny in a way that makes you think about your own motivations in a relationship as well as the true motives of others, WANDA showcases Niebergall’s abilities as seen in his previous work in shows such as TV’s Man Seeking Woman, True Dating Stories, and films like JAPAN, Lottery, and Friend.

Taking the comedic approach, Tony Ho’s WANDA deals with the subject of an ex who just won’t leave you alone. Adam [Niebergall] and Roger [Bainbridge] clash with their lover’s ex-boyfriend who just can’t seem to get used to the idea that his [Miguel] relationship with Wanda is actually over. Niebesrgall’s namesake character Adam is tough and thuggish. He is openly aggressive and quickly provoked although a tender side does sometimes present itself. More than anyone else in the film, he wants to be done with Miguel. There is often the sense that Adam is on the verge of violence and a fair part of the action sees him on the precipice of (seemingly) becoming violent. He is the sleeping bear that we expect to get poked with a stick. The character couldn’t be further from the actor’s real-life disposition, although he often acquiesces to roles of this type. Adam confirms, “I was cast as Adam in WANDA because I naturally play weird bullies that have odd ways of speaking. Maybe it is something about my appearance or maybe a secret side of my personality that even I am not aware of but, it is fun to play characters that do things you wouldn’t ever find yourself doing. It’s a catharsis. I get to play and do weird things. I often find a weird way of talking. Sometimes I make up a language but say it with extreme confidence as if everyone who is imposing, powerful, or cool talks this way; which of course, they don’t!”

The plot of the movie shows Bainbridge as the well spoken, level-headed member of the triangle which includes Adam and Wanda. He is also the man of whom Miguel is most suspicious of in regards to “stealing” Wanda away from him. Miguel, overcome with jealousy, decides to poison Roger to remove him as an impediment to Wanda. The three main actors in the film are actually members of the Toronto comedy group known as Tony Ho. Tony Ho has spent years crafting their approach to live comedy and have most recently transferred the chemistry they created to the screen. Niebergall no doubt did his homework in sketch comedy (winning a Canadian Comedy Award in 2015 and was a member of sketch group Get Some which won Toronto Sketchfest Best of Fest that same year as well as Montreal Sketchfest in 2016) onstage and then transferred this to his approach in film. Miguel (Rivas) considers Niebergall’s portrayal a major achievement noting, “It’s surprising how convincing his tough guy character is. I know he’s played a macho guy in a few things actually, but he is so unlike that in real life; it kind of surprises you. You throw a neck tattoo on the guy and he becomes vicious! I’ve heard somewhere that more gentle mannered people play tough guys well because they have such an outsider’s perspective of it. It gives them an outlet for their pent up energy. Adam’s portrayal of that character in that movie is gold to me.” Rivas goes on to credit the success of WANDA in great part to Adam’s delivery stating, “It speaks to how important he is to our process. I guarantee we couldn’t have gotten lines like the “It sounds complicated but it’s strictly jungle” out of anybody else. It doesn’t work without him. He brings a really unique energy to that role that drives the whole scene.”

Roger Bainbridge, one of the writer’s and stars of the film affirms, “Adam was very central to the concept of Wanda. It was largely conceived based on how funny and interesting we thought it would be to see Adam charge into an apartment unannounced like an aggressive wild animal, and then have the audience follow along with Miguel trying to milk him for information as to what exactly is going on. The mysterious nature of why Adam is there grabs the attention of the audience immediately. His performance of this character is so amusingly menacing and it helps to establish a mood which is somehow both ominous and silly. Adam’s odd vernacular comes off so strange when he plays a tough guy, which is hilarious. I think it also works to show his range as an actor without losing his recognizable quality.” 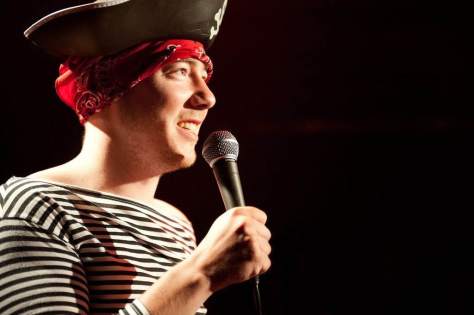 Although still incredibly active as a writer and performer in the Canadian sketch comedy scene, Adam Niebergall is steadily appearing in television (as in the aforementioned Man Seeking Woman). His range and ability to draw empathy from audiences, as well as his comedic timing and writing skills are preparing him to become yet another of the well known Canadian comedic faces which includes greats like; John Candy, Jim Carrey, Mike Myers, Seth Rogen, Dan Akroyd, Catherine O’Hara, Martin Short, Tommy Chong, and Samantha Bee, and so many others.