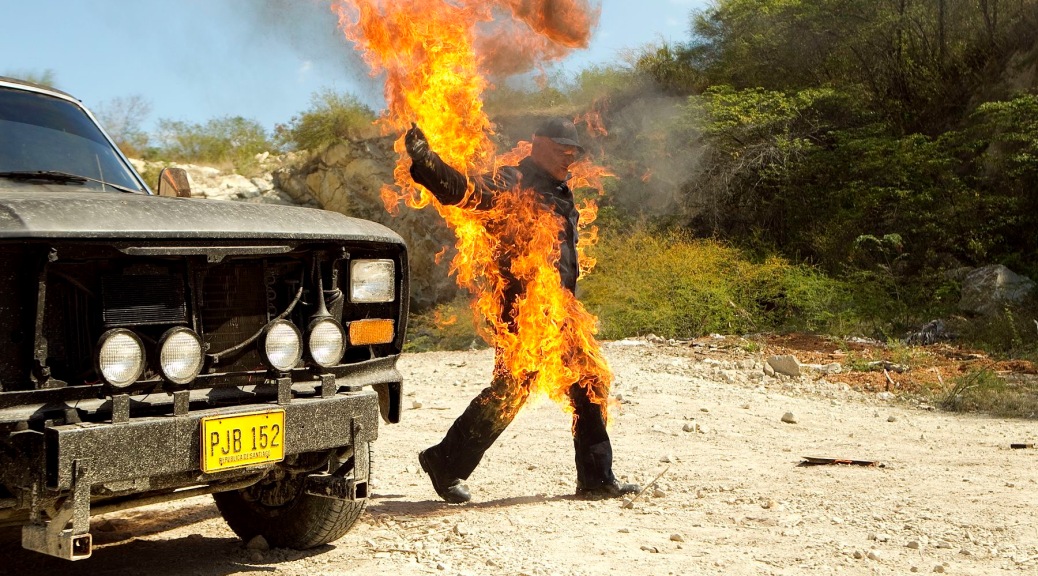 Hooper. That’s the name of the 1978 film starring Burt Reynolds that is a tribute to stuntmen and stuntwomen. If you were in a bar with these professionals (the hardworking, unsung heroes of action which takes place in films) who perform these miraculous events which are commonplace in films, and mentioned you didn’t know the movie Hooper…you’d likely be laughed out (or kicked out) of said drinking establishment. Hooper is the sacred to stuntmen and stuntwomen. Legendary stuntman Mike Chute won’t even take you seriously if you aspire to his profession and don’t know the film; to him it is the same as not knowing your history. Don’t be mistaken, Chute is far from grumpy; he is an affable, positive guy who believes that you have to give respect to the roots of his profession. The general public may have never heard his name but almost all of us have seen his work. If Esquire magazine did a story on the most recognized brand in terms of stuntmen, Mike Chute would be floating right on top. If you invested in a movie based on Mike’s involvement, you’d see quite a positive return. His credits are far too numerous to list but a small sample includes; X-Men: Apocalypse, X-Men: Days of Future Past, RoboCop, Pixles, Pacific Rim, Total Recall, Source Code, 300, The Notebook, Taken, and so many more. With almost three decades in his career doing stunts, Chute is a walking history lesson in the industry with a story to tell about decades of marquee names that he has worked with since his early days in the late 80’s. Even more captivating and remarkable is the fact that Chute continues to work more each year than the previous one. The career of a professional stuntman is not dissimilar to that of a professional athlete in regards to aging out by the time one hits their late 30’s. Mike attributes his very active career to a combination of professionalism, preparation, and respect for the field’s history as previously mentioned. A conversation with Chute reveals as much about the evolution of his profession as it does about the man himself.

Mike Chute grew up like most boys in French Canada, dreaming of a career in professional hockey. He played semi-pro for a time but his other early childhood interests would lead him down another path. As a youth, Chute saw the movie Stunt Seven. The film about an intrepid team of stunt experts who stage the daring air, sea, and land rescue of a kidnapped movie star from the clutches of a suave, modern-day pirate who rules a sovereign fortress state in the middle of Gulf of Mexico, cemented the idea in Mike’s mind that these men were the true heroes of the world. He made up his mind that this was the only path for his future; never mind the fact that a career as a stuntman was almost unheard of in Canada at the time. Chute enrolled in a stunt school in his late teens. His natural athleticism had already taught him most of the physical skills he needed but he learned how to find work as a stuntman in a time when it was not as easily accessible as it is these days. He notes, “In my early days it was different than it is now. Most modern stuntmen have more specialization in parkour or gymnastics, but when I was younger we had to learn to do it all. We did jumps, took the hard hits, drove, anything that needed to be done…you figured out how to do it. I love problem solving; my dad was an engineer and I think I get that from him.” 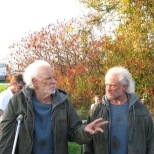 Now, in his 29th year as a stuntman, Mike has had many varied experiences. His career is a touchstone to so many of the films and actors that the movie-going public takes for granted. In 2003 Chute worked on the movie Timeline with Gerard Butler and Paul Walker before they were the household names they are now. Chute recalls this as one of his most memorable experiences because he actually felt as if he went back in time. He notes, “It was so much fun. We had battles in these castles and it really felt like we were in the 1600’s. What kid doesn’t want to dress up like a knight and do that?!” This was the first film in which Mike worked with famed stunt and fight designer/coordinator Thomas DuPont (Pirates of the Caribbean franchise, Indiana Jones, Thor, Men in Black). DuPont praises Chute’s skill and expertise declaring, “To execute these stunts, we worked together over a period of several months as many of the stunts were complex being that they were set in different periods of time and required the stunt performers and actors to be trained individually for each sequence. Mike more than rose to the challenge of executing these stunts over the long shoot, giving form to the director’s vision of the action sequences and thereby the overall film. Timeline went on to become a huge hit at the international box-office, bringing in nearly $20 million. Without doubt, Mike Chute was an instrumental part of this success as the action sequences would not have been possible without his contribution in the leading role of Stunt Performer.”

Mike Chute has worked on many huge film productions in his career (as mentioned above) but one of his particular favorites was the film Lucy starring Scarlett Johansson and Morgan Freeman. The modern day Sci-Fi bent action film (Grossing $444 MM Worldwide) had a $40 MM budget. When budgets start getting cut, the stunt sequences are some of the first to go. The big car chase scenes were shot in Paris. The stunt drivers arrived ten days prior to filming for rehearsals. Rehearsals usually involve timing and estimations, saving the expense of the actual damage for filming. Lucy was a treat for Mike and the rest of the team on Lucy because their rehearsals involved the exact actions that were to be filmed, crashes and all; an almost unheard of privilege in movie making. Mike happily comments, “In those ten days we trashed about twenty or thirty cars. There was no pressure of cameras or time constraints so we were able to have fun and dial things in. They almost never allow filming with car chases in the core of Paris so the preparation really helped to get the filming done quickly when the cameras were rolling.”

Completing the trilogy of his favorite experiences as a stuntman, Chute points to the 2014 action/crime/thriller Brick Mansions starring Paul Walker. As one of the main stunt drivers, Mike worked with iconic French stunt coordinator Michel Julienne and Canadian legend Stephane Lefebvre. Julienne is considered royalty in the stunt world (his father was the coordinator for the James Bond films and the thrilling driving in these movies) and one of the most respected drivers (if not THE MOST) in Europe. Because of his incredible work, Julienne made Chute one of his stunt team members; something which Mike considers to be one of his crowning achievements. Chute states, “Besides being very active in the film as a driver and working with such a great team, the thing that was so special about Brick Mansions was that the production kept adding stunts to the film. That never happens.” Lefebvre proclaims, “Mike’s successful career as a stunt performer in over 600 feature films and television series has made him one of the most sought after stunt performers in the film and television industry.”

When discussing his illustrious career, Mike Chute continually references the great movies that inspired him and his love of car stunts; films like Bullitt, The French Connection, To Live and Die in LA. He concedes that his work on films like the Brick Mansions may have the exact same influence on the next generation of stunt drivers. Chute eloquently states, “I’ve worked hard to build an honorable reputation for my career and professional attitude. When you die, the only thing you take with you is your reputation.”