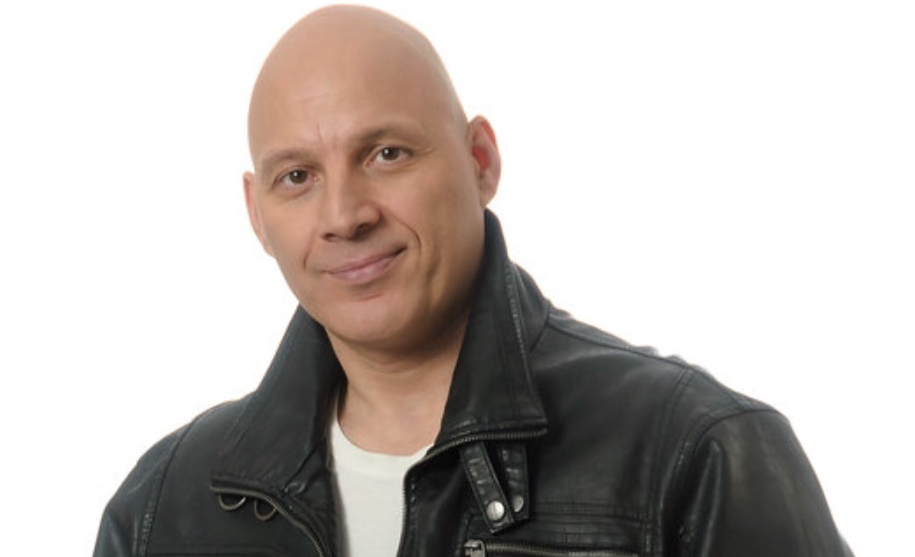 For many actors, their breakout comes from a gruelling audition process, waiting in a room with hundreds of others, hoping to be the one left standing. There are call backs, and screen tests and waiting games, creating a stressful situation that eventually turns into something. After the process is over and everyone is cast, the rest is history. For actor Philip Moran, his career-changing role came quite differently, when he played the immigration sergeant in the 2012 blockbuster Total Recall.

Some people attribute luck or chance to their success, but Moran is not one of them. His unwavering belief that he will do something and achieve something ends up becoming a manifested truth. This is what happened with 2012’s Total Recall, starring Colin Farrell, Kate Beckinsale, and Jessica Biel.

“It is quite extraordinary how it all happened. I felt assured that I was going to get an actor role in this blockbuster movie. I didn’t know how it was all going to happen, but I sensed it would. I posted all these positive-notes around my house to help create a strong inspiring expectation. I started making phone calls and tracking information to make things happen. For the first time, I joined the Actra union,” said Moran. “I got onto the set in a less significant role, and gradually caught the attention of Len Wisemen, the director of the movie.”

Wisemen, married to the film’s co-star Kate Beckinsale, had seen Moran on camera, and handpicked him to take on a more challenging acting role, telling Moran he could be a bigger asset to the film. The next day when Moran walked on set, he felt like the star he would soon become.

“At one point, I actually remember there were three cameras on me, and Colin Farrell, a great actor, was standing in my scene, but there weren’t any cameras on him. I felt like a star,” Moran said, almost still in disbelief. “And it felt really special. You have to get up and make it happen for yourself. You can’t wait for people or things to come to you.”

Now, Moran is the star of the upcoming feature film Adams Testament, filmed in late 2015, working alongside an all-star cast. The role has already been official selections at film festivals and brought Moran himself an award nomination at the 2017 INFAME awards. This success, he says, can all be contributed to that one fateful day in 2012 on the set of Total Recall, and the strong desire to want to be something more.

“For some reason, I was expecting it, like it was part of my universal plan. During filming, I was walking on the set as if I was one of the main actors. When Len Wisemen asked to talk to me, I was definitely very excited and felt my plan was working. Even though I believed it would happen, I was still a bit shocked, but I knew it was happening,” he said.

The role was Moran’s bread and butter. Having attended school years before to train as a police officer, he had training on firing a gun, which was one of the requirements of the role. Everything was working out for him. He was prepared, excited, ready, and expected the perfect opportunity.

“I brought my mother and my sisters to see the film at a Cineplex theatre, and they saw me on the screen in a big feature film. People were paying to be there. It was great,” said Moran. “My mom thought it was wonderful. I brought her to things before, like small film festivals and short film premieres, but nothing as special as seeing a big blockbuster movie and seeing your son on the big screen and his name scrolling in the cast list.”

The role provided Moran with the breakthrough he needed. From there, he became sought after and recognized in the industry. He started creating some acting workshops, and shared excitement with other people through those classes. Director Rafael Kalamat was inspired after seeing Moran’s acting scene, and offered his services as Moran’s personal publicist. Kalamat was then motivated to open his own production company and in 2015, he cast Moran as the starring role in his film Adams Testament.

“Philip is a flexible actor who can be a lead in an independent feature like Adams Testament or a day player on a Hollywood blockbuster like 2012’s Total Recall,” said Kalamat.

Moran said the scene came with a price, as it was a very popular scene in the original 1990 Total Recall film starring Arnold Schwarzenegger. In Moran’s scene, Colin Farrell, disguised as someone else, is sneaking through immigration at the airport. When the officers realize it is him, a fight erupts. Wanting to make the scene not only as memorable, but better than the original film was important to the director.

“There were a lot of stunts, and a lot of bullets shells flying. That whole scene, it’s one cut. There were 450 background people on set, and approximately another 50 were stunt performers. It was so exciting,” said Moran. “I remember in one take I got hit with one of the machine gun shells and when it hit me on the cheek, it burnt. I saw the red mark, I got some gun powder in my eye when I held the gun up in the air. But being a professional I flinched and continued filming. It was a sacrifice, because that’s what good actors do.”

Working on the film was Moran’s first career-changing role acting with an ensemble cast, which he says gave him an amazing opportunity to learn from some of Hollywood’s best. After previously working as a warrior on the 1995 film Johnny Mneamonic with Keanu Reeves, this was his first opportunity since then to combine stunt work with his acting skills in a major film. For Moran, it was kind of a déjà vu.

“It’s funny, because my first film I worked on was Johnny Mneamonic back in 1995. The movie was about a man who had something in his brain that bad people wanted. When you think of 2012’s Total Recall, it’s a lot like Johnny Mneamonic and the 1990 Total Recall combined. There I am almost 20 years later, working on a film combining the two. It was magical. I came full circle to realize my career was made,” he said.

There is no doubt that Moran’s experience on 2012’s Total Recall ignited his career, and being singled out by a top Hollywood director justified any struggles he would have or had already experienced. Since that time, he maintains that having belief in yourself and the right attitude, combined with skill and opportunity, will get anyone wanting success to where they need to be. And it looks like that plan is working out pretty well for him so far.

“I felt like I was on my way to something but I didn’t know what. People are always saying you can’t see what’s ahead, and I tell them it’s based on what’s happening to you now, your interpretation of it, planning your work, and working your plan” he concluded.