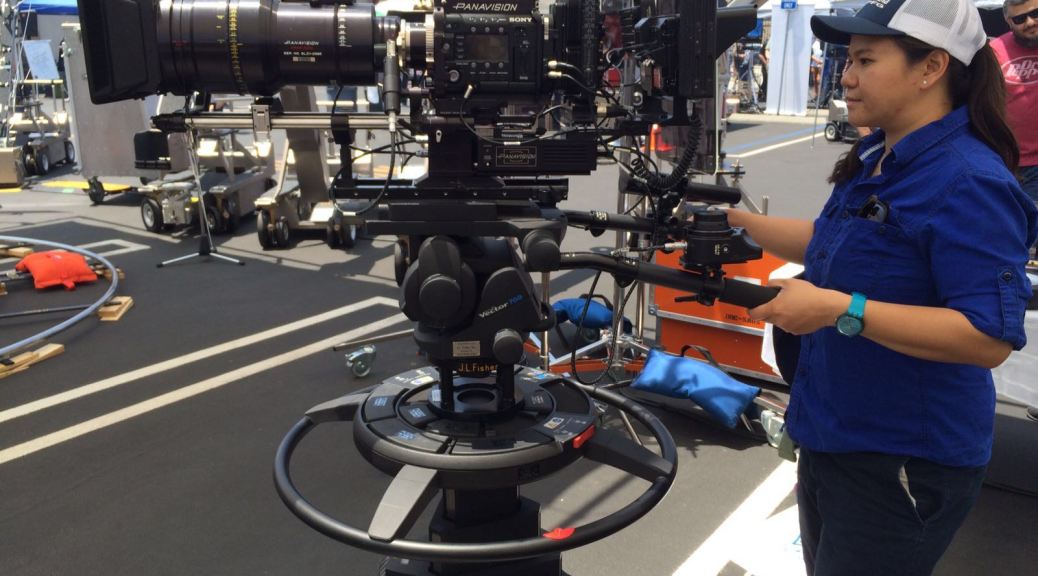 During her childhood years in Jakarta, Indonesia, Michaela Angelique always was taking pictures. She was known amongst her friends as the one with the camera. As a teenager, she knew the camera inside out. She adjusted to the conversion of film to digital. And now she is still the one with the camera, but there is a new meaning to it.

Angelique is a camera department specialist, working for various films and television shows and with some of Hollywood’s biggest stars. In 2015, she worked on the film Rated, which has lighting up various film festivals since its world premiere and won a Best Comedy Short at the Sonoma Film Festival in April this year.

“Working on Rated was really fun. The producers were really awesome and director knows what he was doing,” said Angelique. “And the kids are super cute and adorable.”

Rated follows Maggie, played by Christie Lynn Smith. Maggie must find the courage to own up to her behavior when she wakes to find every adult has received a YELP-like star rating floating over their head. While most every adult has a shining 4 and 5 stars, Maggie’s got just 2.5. The director of the film, John Forston, plays Maggie’s husband.

“It is just such a cute story,” said Angelique. “And John was such an awesome person to work with. He is very talented and knows what he is doing. He is a very humble person and treats everybody respectfully.”

Fortson was the director, lead actor, and executive producer for Rated. He was so impressed with Angelique’s professionalism and adaptability on set that he says he wants her to work on his next project.

“It was a pleasure to work with Michaela because not only is she a consummate professional about her camera work but she is a kind and lovely person to be around. Working on a film set can be stressful, but Michaela brought her smile and professional work ethic,” he said. “Our film Rated has gone on to much success, winning many awards and being accepted to many of the top festivals in the United States and this is in part because of having Michaela there working with us. She worked amazingly well with the other crew, always courteous and with an attitude of teamwork. Her qualities are invaluable.”

“Michaela’s attention to detail was invaluable,” he continued. “She constantly made sure that our camera lenses were properly handled and protected, as well that every shot was perfectly in focus. Time was of the essence on our shoot and Michaela pulled through with excellence every day.”

Angelique had to overcome many challenges on set and as a camera assistant. It isn’t always easy being in charge of carrying a forty-sixty-pound piece of equipment all day.

“It was not always easy when shooting on location and trying to locate where to stage the camera gears. We also had a handheld shot which went from the bedroom through the house hallway and then to the living room which has a mirror, and the shot was looking everywhere. We had to hide our gears and I had to pull focus manually from the camera. It was close to impossible pulling focus on that specific shot,” she described.

The important thing for Angelique, however, is what the film represents and what she took away from working on such a dynamic project.

“After working on this movie, I have more belief in humanity, I know it’s a movie, but movies help people to realize there are good things in the world, and to not judge people too harshly and quickly. Everybody has their own struggle that we don’t always know, and we would never to come through it like they do if we were in their shoes,” she concluded.