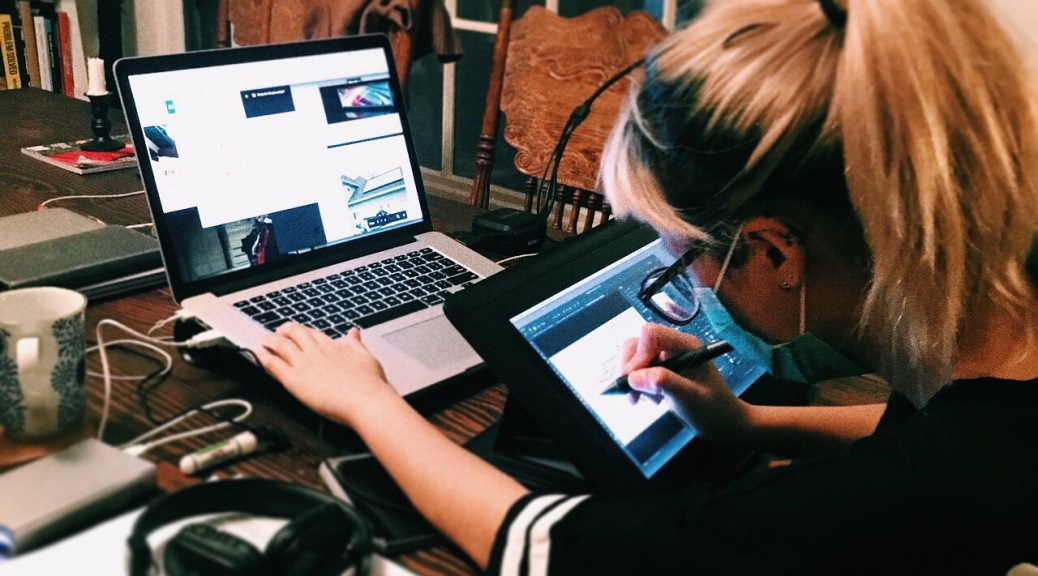 For Joy Sun, being a graphic designer is more than just a job. She is an artist, and she is passionate about what she does. Every day is the chance to create something extraordinary, and that is exactly what she is known for.

While having a successful career in graphic design, Sun has been able to work on both inspiring and award-winning projects. She designed the business cards for Rodrigo Heng-Lehtinen, a transgender advocate who was greatly impressed with Sun’s work. Using her naturally artistic capabilities, she is also a storyboard artist, and her work on the film Blake Chandler: Psychic Investigator went on to be recognized at some of the world’s most prestigious film festivals. As a graphic designer, she has worked with multinational companies, including Bruber Media Partners. Just last year, Sun was the chief designer of Bruber’s logo, their Chinese website, a 25-page investment presentation book (from designing and printing) and the PowerPoint.

“Designing the website and logo was absolutely exciting, it challenged me in ways that I had not been before,” said Sun. “If you think about a logo, it has to be timeless as it has to represent the company for a very long time. It is the first impression of the company to others. For the website, it was very fun and a fresh experience. It does not only include what the company does but also has to have what the company has to offer to the investors.”

Bruber is a company that is the very backbone of the film industry, dealing in investment and distribution. Sun had full creative control over the projects, and her work ultimately led to the overall success of the logo and website. She says that her upbringing in Taiwan ended up helping her with the final product.

“I had to shift my thoughts to a more business approach, and coming from a business oriented family I felt I had the tools and mindset to create something that would be intuitive, elegant and creative, and would exceed the expectations of my client,” said Sun.

“Bruber wanted something obvious but not cheesy so I designed different versions of the logos with the consultations I got and researched what the difference between 35mm and 16mm film stocks. That was very fun,” said Sun. “It all meant a great deal to me because my design will be seen and recognized in any business ventures Bruber Media Partners might undertake.”

While designing the website, Sun wanted to find a way to make it timeless. She wanted something that could tie in the elegance of old media with the style and seamlessness of contemporary graphic design. Not many graphic designers could have achieved such a task, as Sun describes designing in Mandarin as having a totally different mindset compared to designing in English, saying the spacing and the weight of the characters are enormously different.

“It was a huge challenge to research because there are not a lot of modern websites in Chinese for investment, which are based on information. When I was designing it, I had to play with English graphic design factors to create a good-looking website. Using a lot of shapes built by the paragraphs instead of sentences, I finally found a good balance between new and the knowledge I have for the graphic design that I am used to.”

Sun managed to find that perfect balance. Bruber has had immense success with both their logo and Chinese website, and Sun’s work can be directly attributed to that. Beryl Huang, the Chairman of Bruber Media Partner and Bruno Cavelier, Consultant of the Motion Picture Group, who both worked closely with Sun on the project, agree that Sun was extremely vital to the overall success of Bruber Media Partners, saying her work was a highly crucial factor in the development of the company since it focuses on establishing business relationships with China and the United States.

“One of Joy’s greatest strengths is her ability to elevate a project through her role, no matter what the size. She has performed many key roles in various productions that always seem to be of the highest praise which is why I have hired her in the past and will continue to bring her on to future projects,” said Cavelier. “ Joy represents the highest caliber of a graphic designer and storyboard artist in the industry. Her accomplishments and achievements prove time and time again that she can take on a leading role and go above and beyond what is expected, which in my experience, is a quality that separates the exceptional from the average.”

With such an impressive skill set, it is no doubt why Sun is regarded as one of the best.