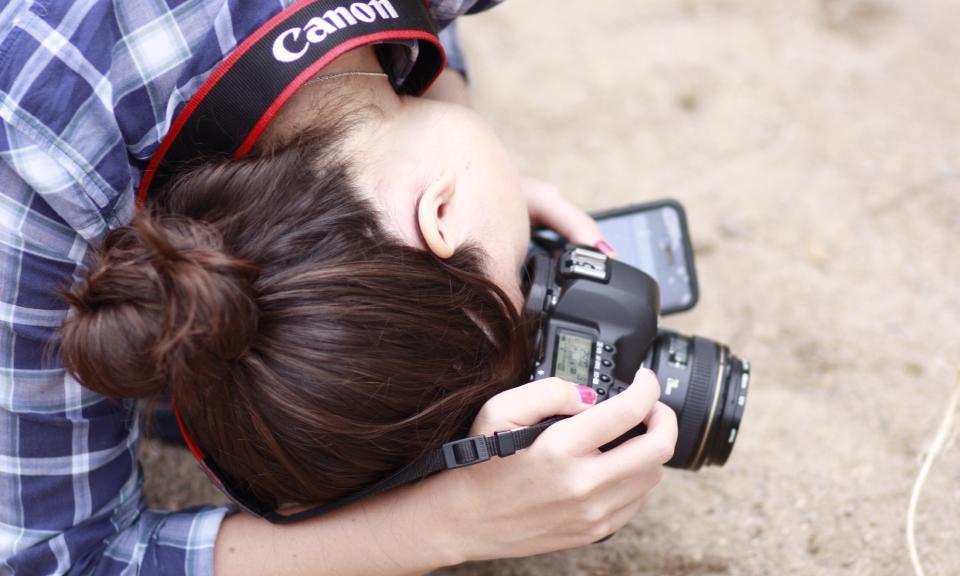 For Alejandra Sierra, life is looking through the lens of a camera. Photography was her first true passion, and that passion easily translates to beauty in her work. While capturing natural images full of light, she spends every day doing what she truly loves. There is no doubt as to why she is considered one of the best photographers in her home country of Mexico.

Throughout her successful career, Sierra’s versatility as a photographer has impressed all those who have had the opportunity to see her work. She has shot for many national companies, such as De La Rosa, La Tequila, Le Garraf, Marisa Pasteleria, and more. She has worked with a variety of publications, such as the magazine Cream, to shoot famous personalities and celebrities, and she uses her art to help make positive changes in the world shooting for social cause organizations. And through Instagram Sierra’s popularity went from Mexico to worldwide, allowing her work to be seen by tens of thousands of followers.

“Every photo shoot I do reminds me of how photography makes me feel alive. Every single time I shoot people, food, products I’m reminded by my camera, how passionate I am about this. It motivates me to do it daily and try to be better each time,” she said.

The true highlight of Sierra’s photography career came from her individual exhibition “Metalmorphosis”, a photographic project taken in New York, and exposed in Brooklyn with Spazio Labó, and in her hometown of Guadalajara, in the leading contemporary art museum, MURA (Museo de Arte Raúl Anguiano). It was curated by art historian and director of museums and galleries, Patricia Mendoza.

“The series reflected a process I was living at the time, a reconstruction, a recovery and the thought of finding oneself in everything. Finding myself in photography. Leaving a part of my soul in every photograph,” said Sierra.

The project began as an assignment for a photo workshop Sierra was taking in New York. At first she couldn´t come up with a theme for the workshop project, and then Metalmorphosis, a combination of metal and metamorphosis materialized itself.

“I was passing through a rough patch in life, re-building myself. Without realizing it, the whole series involves metal and women. I found the metal to be a support, the strength I needed to be ‘me’ again and the women were all the strong women I know and me, in different roles. That’s why it’s Metalmorphosis, the metal and the changing,” described Sierra. “The project is a series of photographs shot in NYC. The strength of women in our society. The important role we play and how we’re the support of families, jobs and the society as a whole.”

Sierra knew what she had made was special, so she entered the series into a contest that was looking for the best photographers in Jalisco, the state her hometown of Guadalajara is in. Thousands of people sent their work and only 40 photographers won and were showcased, and she was among them.

“It feels great to know the series was so well-received. I loved how it felt to leave a little bit of my soul in every picture. Besides all of the introspection and deep work, it was really fun doing it. It makes me feel really proud. Being so successful in Guadalajara was amazing, when I realized the success my photography business had in my hometown,” she said. “It was amazing even working on it. I learned so much about myself and the connection I have with photography. It was when I first started to feel the camera as an extension of myself.”

All those that saw “Metalmorphosis” were both impressed and moved. Daniela Altamirano, the General Manager at Hitch Brand and Media Consultants, has become one of the most respected individuals in her profession. She has worked alongside countless photographers, and is familiar with what it takes to become a successful photographer. She has worked with Sierra before, and she knows why Sierra is considered to be one of the top in her industry.

“I am positive that the tremendous achievements for both Alejandra and her work are demonstrative of the fact that she is at the top of her field, and consistently outperforms many of her peers, establishing herself as one of the most accomplished photographers in her talent pool,” said Altamirano.

Even with all of the accolades and success, Sierra remains humble. For her, working and doing what she loves is the reward, and everything that comes after that is less important.

“I plan to keep on studying, keep on preparing myself to be the best photographer I can be and keep on shooting,” she concluded.

And with Sierra’s reputation as already being one of the best in her field, we can’t wait to see what comes next.