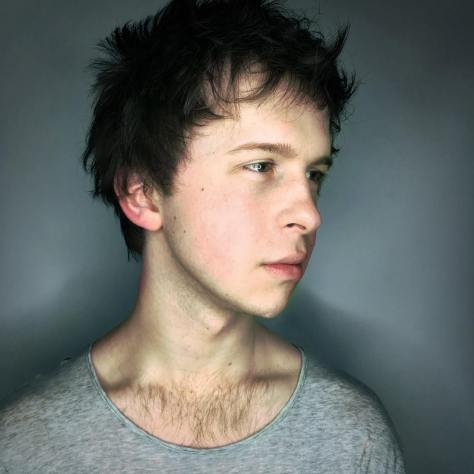 Sometimes the most valuable things are right in front of you and go unnoticed, or at the very least underappreciated. America constantly produces musical artists who are lauded and respected all over the world. Yet these artists often go through many years of struggle as they mature into the icons they aspire to become. The US public doesn’t often stop to consider the fact that this training ground in which we live is a shining star to artists of the world. This has always been obvious to Australian Darcy Callus. This artist has long dreamed of being a part of the musical community which he believes to be the home of the elite, Los Angeles. While there are numerous locations in the world with talented artists, Callus readily admits that the concentration of world class artists per capita in LA is unlike any other place on the planet. As an award-winning jazz pianist turned pop artist (he was one of the finalists on Australia’s X Factor), Darcy has a deep understanding of the difference between being a “one hit wonder” who got lucky and being an artist who cultivates a long career with depth. He is also not afraid to, as he puts it, “Follow his nose where it leads” him. When the opportunity to work with LA based singer/songwriter Rotana Tarabzouni presented itself to him, Darcy was eager to work with such a talented artist and spend some time in the city he considers to be the center of the industry.

While Darcy has been associated with such music industry luminaries as Dave Stroud (known for his work with Prince, Justin Bieber, Justin Timberlake, Bruno Mars, Kelly Clarkson, and Michael Jackson), multi-platinum producer Bryan Todd, and others; writing with Rotana gave him the opportunity to work with a brand new artist in the States who shares an international view of the US as he does. Tarabzouni grew up in Dhahran, on the Gulf coast of Saudi Arabia. To state that her experience as an artist in her homeland was not encouraged is a drastic understatement. Women are not exactly groomed to seek out fame as a popstar in her homeland. On a family vacation in Boston, she spontaneously went to an audition and received massive encouragement. That was enough to convince Rotana that she needed to pursue her dream in America. Callus received no persecution in his native home of Australia and was even a sensation on Australia’s X Factor. Still, he also understood the potential of the US music community and opportunities which the industry’s infrastructure afforded the talented and hard working. The two met at an artists get together and recognized the musical counterpoint in each other’s talent. Darcy states, “We definitely clicked immediately in terms of wanting to create music that was original and personal, not derivative and following what was popular at the moment. Even more importantly, I understood where she was coming from as a songwriter and what she was trying to express.” Describing the process, he continues, “Rotana is truly gifted when it comes to melodies. She comes up with them quite quickly and they are very strong. All of my training in music allowed me to quickly understand what she was looking for and find the harmony to her melodies on piano. There was a specific color tone that propelled the emotion she wanted to communicate. If you can understand an artist both musically and professionally, you can help them as well as excite them about their own music.”

The US is a country which prides itself on so many aspects that are prominent in the working relationship between Darcy and Rotana. A country which accepts those from other lands, in pursuit of their dreams, with the ability to express themselves freely…it’s as representative of the American Dream as the Westward Expansion. Callus comments, “There’s no doubt that both of us feel fortunate to be here in LA among the greats. You literally can walk into a club, restaurant, coffee shop, whatever, and run into an artist you have listened to your whole life. Of course what we’re really here to do is work. It’s amazing that I can meet an artist like Rotana and immediately begin creating music with an almost unspoken approach. I’m sure that this is all because of the group of artists who are known everywhere in the world…in places like Australia, Saudi Arabia, and almost every other place on the planet. As an artist and musician, you feel like you are in the center of the universe when you are here…and that inspires you even more.”

Success in never guaranteed but is already evident in the work that Callus and Tarabzouni have done. Rotana’s debut single “Daddy” was co-written and arranged by Darcy. The single was playlisted on Apple’s “Hot Pop Tracks” for weeks as well as Spotify’s US VIRAL 50. Some of the music Callus wrote with Rotana was debuted at The 2017 Sundance Film Festival “A Celebration of Music and Film Concert”. At this concert, Rotana shared the stage with Common, Andra Day, Jim James, Hunter Hayes, Peter Dinklage, Ava DuVernay, and more. Early indicators like these give presumptions that the music which Callus and Rotana created together is going to have every bit of the impact that had hoped to achieve. Darcy smiles as he communicates, “I have quite a history of working with extremely talented female vocalists. It’s interesting that in this situation the vocalist is a woman and her femininity is celebrated while she is in control. As a man, I’m in the supportive role (playing piano). They are exhibiting strength as well as a softer side. I love that about music. It allows these situations that you won’t find in all walks of life. Artists are celebrated and encouraged to express what is unique about themselves.”

When questioned about his experience thus far in LA, Darcy confirms, “I am Australian and I love Australia but I feel that the US audience is much more willing to have an open mind. American audiences want to give you a chance. Many artists have said that you have to become famous and accepted somewhere else and then come back home to be recognized. There’s a little truth in that. If you go anywhere else and say you are an LA musician, you are instantly seen in a different light. People assume that you are great and…to be honest, to be a successful LA artist…you have to be great!”