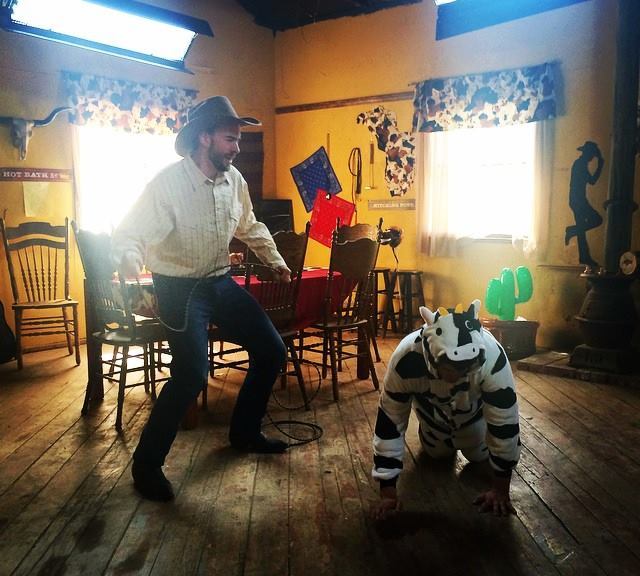 Comedy feels a certain way and it looks a certain way. There are not specific parameters which define this but it easily recognized. When you feel something is funny or see something that is funny, you know it. It’s a characteristic older than cinema itself. Before there was sound in films, comedy was more accurately conveyed than any other sentiment. Xing-Mai Deng displays this concept exceedingly well in Andrew Elliott’s “Nicky Martin: Country Superstar.” As a cinematographer with a highly diverse list of award-winning film credits (including this one which received an LAIFF award for Best Comedy/Dramedy and a Jury Award at the Melbourne Indie Film Festival), “Nicky Martin: Country Superstar” is yet another example of Deng’s ability to visually achieve the intent of the writers and directors he works with in an exception manner. With the ubiquity of the pursuit of fame, often via social media these days, the film’s story reveals the all too common hopes of someone who wants to be famous almost solely because they desire fame.

In an ironic turn, this written story necessitated studying reality TV productions in order to accurately be presented with authenticity. The look of the film needed to bring out the absurdity of the story while spoofing the standard reality TV show. The film’s director and Xing-Mai researched several American reality TV shows to study their lighting, framing, and documentary-like camera movement. The blocking and camera angles were all decided before the filming to achieve a deliberate chaotic appearance for the shots.

Much of the look of “Nicky Martin: Country Superstar” required Xing-Mai to use his extensive knowledge and talent to appear as if he did not possess these attributes. It’s an aspect that took him some time with which to relax. Constant second guessing and reassessment of going too far was required. He explains, “I purposely moved the camera in an amateur way in order to make the film look absurd. High-key lighting and amateurish camera movements brought the feel of a valid reality show to our film. There wasn’t any dramatic lighting. The camera movements followed the actors in a passive way rather than anticipating the characters’ actions as compared to a scripted production. We wanted to have the reality TV feeling but we also wanted some cinematic moments in the film. Some of the reality productions I researched were not lit at all. I added contrast for most of the scenes to give a cinematic touch to it but used it sparingly. Most of the reality TV shows I studied were not comedic so the usual reality TV look would not serve ‘Nicky Martin’ as it still desired to look funny. We did not want it to look like normal mockumentary as that look has become fairly common and we wanted something that stood out.” 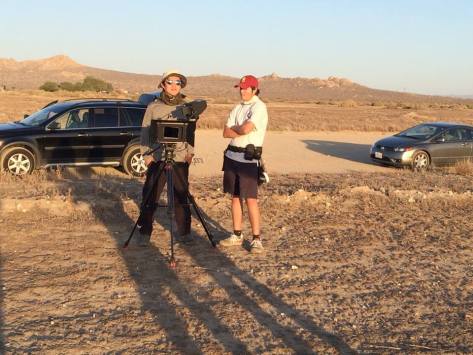 The improv nature of the film and the actor’s performances kept Deng on his toes and required a fair amount of improvisation on his own part. As different cast members spontaneously changed and evolved their parts during the actual filming, Xing-Mai was required to essentially collaborate with them in terms of lighting and framing the scene, accepting what he could get away with in terms of these parameters. With knowledge of this potentiality in advance, he created general lighting schemes based on the blocking and devised a plan that would give the widest coverage possible while achieving the largest part of his goal. Because the film is a comedy, Deng used a wide warm color palate.

“Nicky Martin: Country Superstar” is a spoof comedy about a man who wants to be a country music star but doesn’t know how to sing or play guitar. He wants to be a cowboy but he’s afraid of all four-legged animals…so he rides on stools. Upon hearing about a singing contest at the County Fair, Nicky gathers his cohorts and prepares for what he believes is the chance of a lifetime. Numerous efforts towards achieving his goal of becoming a legitimate cowboy fall short. In a scene which drives this failure home and yet endears the audience to his tenacious drive, Nicky and his close friend Mickey reconcile by riding their stools together into the sunset as they have learned that being a cowboy is not about being famous but rather about possessing the cowboy spirit.

Andrew Elliott, the mastermind behind “Nicky Martin: Country Superstar” communicates, “I honestly had always planned to convince Xing-Mai to be the DOP for this film, since it’s very inception. Xing-Mai’s insight was invaluable to the success of the shoot. He was able to quickly and efficiently form a great crew and was always present with ideas and suggestions on how to make thing flow more smoothly. His work ethic was unquestionable on the shoot. Nicky Martin went on to success in the festival scene the following year, winning awards at several of these. Xing-Mai’s understanding of the story and unique ability to shoot the film played an integral part in winning these awards and in the success of the film as a whole.” 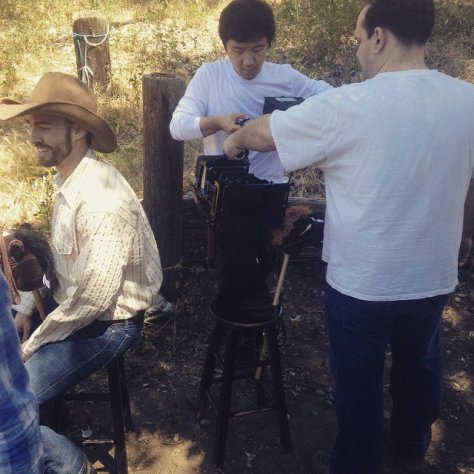 Immersing one’s self in an industry that contains some of the most skilled and creative minds and then attempting to shed the abilities you have come to rely upon as second nature in order to move you forward in said industry is disconcerting at best. Shakespeare often depicted the person who appears as the fool to often be the cleverest of all; communicating the idea that the misdirection of the depth of one’s knowledge and abilities is often the most difficult task of all. In “Nicky Martin: Country Superstar”, Xing-Mai Deng proves that he’s no fool but he knows how to convincingly present the appearance of one to the laughter and enjoyment of his audience…and does so as a master.