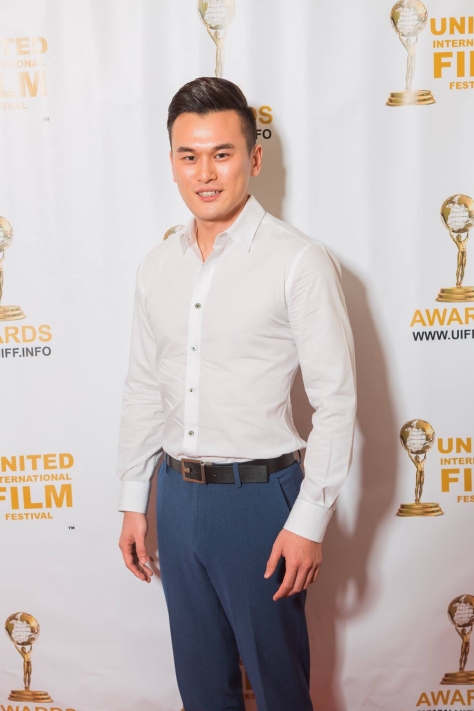 Chinese producer Bohan Gong takes great pride in the fact that he has been a force behind many successful films in his homeland, Europe, and the US. Establishing yourself as a respected producer in one country is difficult enough, cultivating that reputation and prestige on a global scale is a situation that has only presented itself in recent times. Hollywood used to be the only major player in the game but China, Bollywood, and other locations have made their presence felt. Gong is talented and multilingual by design. His credits are instantly recognizable and he makes a point to work on both huge studio productions and independent films with themes near and dear to his heart. Bohan often remarks that the story of a film is its soul and he always seeks out his connection with this story in order to give it the respect it requires. This is not the typical comment you’ll hear from producers who are more likely to refer to their part in the filmmaking process in terms of schedules and “being in the black” but this producer is not your typical producer. Many of his peers refer to his exceptional talent in screenwriting, editing, and other facets of film. Bohan is a filmmaker who produces rather than a producer who has found his way into filmmaking. The two are inseparable in his work and the success of his many productions vets him as a leader in the modern day film community.

2017’s American Made earned $139 million and is the most recent in the long successful career of Tom Cruise. While it was an immense hit in the US, this may have been eclipsed by the film’s massive attention and earnings in China. Bohan was in charge of designing and coordinating the Chinese distribution plan for American Made. Many of today’s big budget films depend on their international box office to be a key part of a film’s financial earnings. China’s love of film and huge fan base is perhaps the most important contributor of a US production’s non-domestic box office. Gong’s insight into the workings of China’s rules such as Communicating Law procedure, applying Chinese import, and Applying related licenses (such as Chinese region “Permit for Public Projection of Films) were indispensable to the achievements of American Made in the country. James H. Pang (co-executive producer of American Made) professes, “Bohan’s knowledge of the many different international business and production practices makes his a uniquely talented producer in the industry. At the same time, he has a strong understanding of the Hollywood and China film market “game” that actually gets movies made and well-distributed. Those that invest with him do it time and again because he represents the business interests so well.”

For the Hollywood blockbuster and Oscar-award winning Hacksaw Ridge, Bohan also was key in the film’s distribution in China. Communicating and coordinating between Hollywood’s Cross Creek Pictures and China for the director (Mel Gibson) and leading actors to attend publicity activities in China, Gong helped to bring exposure to the film and open the Chinese market to western celebrities. One lasting effect of the producer’s work on Hacksaw ridge was that its reputation as a Hollywood blockbuster helped Gong to build a distribution structure for American films in China’s top tier cities like, Beijing and Shanghai all the way down to small towns.

Los Angeles Kidnapping is a Chinese major studio production that was filmed in Los Angeles. As lead producer who was part of the film since its inception, Bohan’s understanding of the working of Hollywood’s film community and the tastes of China’s audiences led to his insistence that Los Angeles Kidnapping be filmed in the US. Many of the films that were US/China collaborations frustrated Gong because it was obvious to him that they were produced by an American crew with only a few shots actually taking place in China. He explains, “I wanted to do something new. I understand how the film industries of both China and Hollywood create and work. For Los Angeles Kidnapping I still used an American crew. I knew that the stylistic approach of Hollywood storytelling and the American locations would infuse this style and quality into the film, but I wanted to tell a Chinese story. There is a different sentiment to Chinese culture in film and I wanted this to be authentic. I also didn’t hire Hollywood top tier movies stars but chose actors from China whom the audience would relate to.”

Every true artist is passionate about some pet underdog cause and for Gong this is the environment. The air pollution in his hometown of Beijing has been alarming for quite some time and sparked the producer’s desire to influence the problem by using his personal talents to illustrate these problems. In the documentary “A Tip of Bottlebegr”, Bohan displayed the worldwide epidemic of plastic bottles and their effect on the planet. While there are many factors that negatively affect the environment, Gong felt that focusing on this singular topic would help the viewer to clearly understand the malevolent repercussions and perhaps by the catalyst to be more aware of similar trends. “A Tip of Bottlebegr” received the Grand Award for Best Picture at the Cherry Blossom Film Festival, Best Experiment Film at the Lake View International Film Festival, Los Angeles Film Awards: Honorable Mention Documentary, Festigious International Film Festival: Honorable Mention Documentary, Focus on Image Festival: The Best Picture Nomination, and a nomination for Best Film at the Atlantis Film Awards.

Bohan Gong has staked a fair portion of his career on the collaboration of artists and filmmakers of different countries. He sees it as the future and it is a future which creates more sincere and entertaining art because it brings even more perspectives and a diversity of talent to the art of filmmaking. Contemplating the work between his homeland and Hollywood he relates, “This artistic collaboration between China and the US will affect parts of each society. For example, nowadays, Artistic collaboration between China and the US have been promoting the communication and cooperation between China and America in factors of culture, economics, tourism, technology, education, etc. China loves storytelling and the Chinese film industry has established itself and matured quickly. In the end of 2016, China surpassed the United States with a total of forty-one thousand film screens. This has attracted American filmmakers to the opportunities China can offer them and this is good for both countries and their people. I could not have picked a better time in the history of film to be a producer from China with this relationship blossoming.”