Though essentially still in the initial phase of her professional film career, British actor Missy Malek has already distinguished herself as a capable technician and talented artist, one who inhabits each role with a masterly combination of skill and instinct. Whether it’s a gritty drama or action-adventure comedy, she deftly crafts persuasive, tangible characters imbued with the full spectrum of nuance and emotion.

Malek is a natural born performer, one who never doubted the direction of her career path. “From when I was as young as three, I’ve literally always known that I would pursue acting,” Malek said. “It was just always what I was going to do, there was never even any question about it.”

From her youthful start in school plays, Malek was hooked. “I always liked performing and getting attention as a kid,” Malek said with a laugh. “And I started to do it outside school when I was 14—I joined the National Youth Theatre of Great Britain. My parents weren’t really that keen on me getting an agent or being a child actor. I think they realized how serious I was about it when I was 18 and still wanted to act.”

The prestigious National Youth Theatre, whose alumni include the distinguished likes of Ben Kingsley and Daniel Day-Lewis, was a critical proving ground for Malek. Steeped in the almost mystical combination of technique, emotion and stagecraft which British theater is world renown for, the naturally skilled Malek gained an illimitable trove of insight and knowledge. Playing in classic works by Shakespeare, Tennessee Williams and Bertolt Brecht and studying drama and philosophy at Oxford University, Malek plunged headlong in the profession.

Following that ambitious onstage start Malek immediately began working in feature films, making her debut in the taut urban drama Anti-Social and following that with a role in Now You See Me 2, sequel to the popular same-titled 2013 heist-thriller

“It was really different to anything I’d ever experienced,” Malek said. “I was a teenager and so excited to have my own trailer! I got to do scenes with actors like Jesse Eisenberg and Woody Harrelson, whose acting I’ve actually studied. The whole experience was just really fun, as you’d probably imagine for a young actor on their first big film set. The director, Jon M. Chu, was great to work with, he has so much clarity and makes his choices with such conviction. I am so happy for him and everything he’s gone on to achieve.”

Malek made the transition from performing for live audiences to the on-set environment with characteristic verve. “The fact that I’ve been acting in film after being in theatre plays wasn’t a conscious decision,” Malek said. “It just happened to be the case that everything I got booked for was screen work. I will definitely go back to the stage when the opportunity to do a good role comes along.”

The ambitious Malek has a comprehensive grasp on cinematic form, with an acclaimed, award-winning short, Laughing Branches, which she wrote, produced, directed and starred in (earning the IndieFEST Film Awards Award of Excellence for her performance) and she recently completed her third feature assignment

“We just wrapped production on a film called Tala,” Malek said. “It’s a comedy that sort of makes fun of the art world and deals with cultural appropriation in a pretty funny way. I play the title character, a socially awkward artist named Tala who is trying to get in with people in the art world, but she’s seen as racially different by the other characters in the film, so they’re all trying to culturally place her. I can’t really say too much, but it’s very original and unique.” 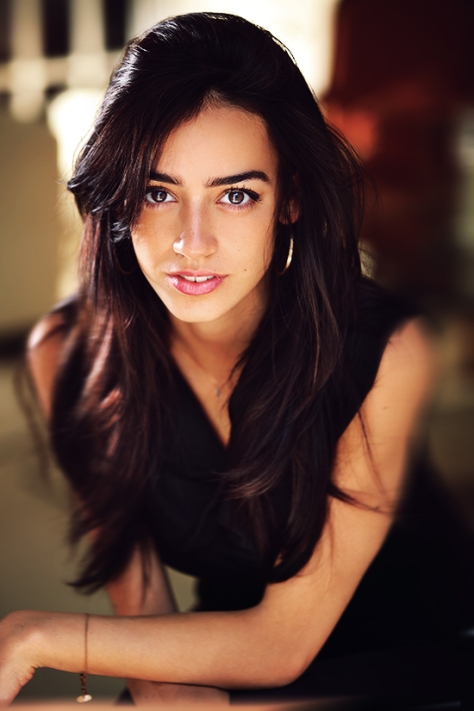 With a fast-moving career and steadily rising professional profile, Malek radiates an appealing aura of self-assured enthusiasm, and whether she’s playing in live theater or shooting a movie, it’s clear her greatest achievements are soon to come.

“I love both forms,” Malek said. “What I think is nice about film work is that it’s always there—you have a piece of work you’ve done that you can always show. With stage, it disappears as soon as you’ve done it, but I guess that’s the beauty of it.”