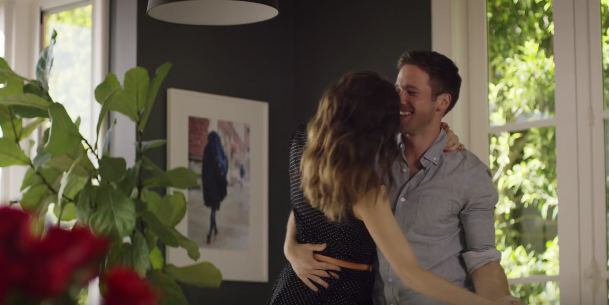 Mark Davis describes his style of acting as transformational. To him, there is no specific way to perfect his craft; it is simply about becoming an entirely different person the moment the camera is on him. He does whatever instinctually feels right, and as a sought-after actor in both his home country of Australia and abroad, he is definitely doing something right.

“I’m blessed with an ability to adapt my physicality and appearance to suit what I need. Though sometimes I just copy the greats. Steal everything,” he joked.

Film is a way for Davis to express himself, and as many of his projects have gone on to critical acclaim around the world at some of the world’s most prestigious film festivals, he knows how to connect with an audience. Whether working on dramas like I Want You, romance’s such as Lucy, or comedies like Topdecked, the actor’s versatility shines whatever the genre.

Australians would also immediately recognize Davis’ face from several national commercials for well-known brands, including a three-year long campaign for Honda. At the time, it was his first commercial, and he remembers the audition well.

“I walked in and pretended to talk to my girlfriend whilst driving a nice car and that was it. My mate ended up marrying the girl who played my girlfriend in it which is pretty funny. We joke that we had a relationship prior to them meeting,” said Davis.

Soon after, Davis once again graced small screens around his home country in a commercial for Crownbet, one of Australia’s largest sports-betting companies. In the advertisement, he played a young, wealthy gambler in a suit having a great time. He was the main character with a bunch of friends on a rat pack style night out. It showed a high end look at what a night out at Crown could be like, with an amazing hotel, beautiful scenery and lots of fun. However, it was shot entirely in front of a green screen, so Davis had to truly be in character and not pull from his surroundings to portray a believable performance. The commercial played during the Melbourne Spring Racing Carnival, which screens nationwide and gets millions of viewers.

“Crown is a huge company in Australia and it had a big budget to match. It was over the top and I knew it would be a good laugh,” said Davis. “Crown is a Melbourne icon and I love my city, so it was cool to work with the brand.”

Another unique commercial experience for Davis was when he shot a spot for Interflora, the international flower delivery service. In the Valentine’s Day campaign, one of the most important for the retailer, Davis played a teen, a mid-twenty-year-old, and a forty-year-old, putting up a fun acting challenge to quickly transition between such different age groups. He also had to manufacture a loving relationship with his co-star that showed them through the ages. At first, he was a cheeky teenager trying to steal a kiss, then a young dad, and finally a middle-aged man giving his wife flowers. He also had to dance, and having never taken dance lessons before, he let his natural abilities shine.

“This was a great commercial to shoot. It had amazing art direction that you can expect from a flower retailer, with lots of color and beautiful locations. It’s also a quintessential romance and Valentine’s Day story. I’m not sappy, but it did have a nice sweetness to it and romance is kind of cool. It’s great because my mom loves it,” he laughed.

So, what’s next for this industry leading actor? His latest film, Fallen, comes out later this year. The WWI period drama is some of Davis’ best work and can’t be missed. Be sure to check it out.

Ben Prendergast says his love of film is genetic. His mother’s side of the family constantly watched classic “talkies” on repeat, watched Sunday matinees, and had a general love for iconic starlets and stories. His father’s side still had that same love for movies, but there was a passion for science-fiction and action films, with regular trips to the video store. As a child, Prendergast was immersed in all aspects of film from a young age, loving Star Wars and Casablanca before even Mickey Mouse.

“In Australia, the notion of being in the movies is so foreign, but as I got older and started to build a profile it became evident that I could actually make a go of being involved in an industry that I’d loved for decades,” he said.

As an acclaimed film and television actor, Prendergast has many notable projects on his resume. He has worked alongside Hollywood’s best, including Ethan Hawke in the feature Predestination, and starred in award-winning films like The Marker and Post Apocalyptic Man. Australians everywhere recognize his voice and face from many national commercials, and his versatility is constantly evident, ranging from genres and mediums. With every character he embodies, he does not just portray them, he becomes them. This is perhaps most evident when he took on the role of the iconic boxer Jo Sparro in the celebrated film Punch Drunk.

“Punch Drunk deals with a very real issue in Australia: the marginalization of the elderly and mentally unwell. I loved that the main protagonist was a hero in his day, someone that was very much valued as part of society, but after an unfortunate event he’s literally left to rot in an institution until he fights his way out. I wanted to be a part of the project as it dealt with a sport I love and tackled a real issue within the heart of a fantastic story,” he said.

Punch Drunk is the story of the Mighty Joe Sparro, a champion boxer who is cut down in his prime. Years later, he is in a care facility that shuts down and he needs to fend for himself one last time. Prendergast played the younger Joe Sparro, depicting his early career, showing his courage and man-of-the-people charm, and illustrating for the audience what might have been.

“Jo Sparro was a post-war young man trying to make a living to support his wife and child, so in a lot of ways his natural gift for fighting made him a more loving partner. He loves his wife Millie to death, so when they are separated it is heartbreaking. For so long, he has been confused about where he is, but when the film starts we realize he is coming out of an extremely long coma,” Prendergast explained.

“Ben is a pro. He is so proactive in finding the way into his characters and has a limitless supply of positivity and fresh ideas. As a director looking to fulfill a vision and shape a story, it’s a joy to have someone who can bring me a hundred different bold choices on any one idea and then go further and further into the rabbit hole as the story unveils itself. He’s an actor’s actor, so he goes way beyond what you’d think an actor should do in order to prepare for a role, not only mentally and spiritually, but also physically. In the boxing scenes, he worked over the course of three months to not only become fit enough to perform the role, but also to perfectly imitate a 1950s’ boxer style, and then also the stunt falls required. The miraculous thing though is he’s able to do all of this while embodying a character and creating the empathy in the audience needed to touch people. Our audiences fell in love with that character,” said Wark.

Wark had the script for Punch Drunk in his drawer for seven years with no real plans on making it. He knew the script was a gem but didn’t know just how to turn such an important story into a film. That was until he sent the script to Prendergast, who was so passionate about the project, the director knew he had something there. Immediately, Prendergast was the only choice for the role of Jo.

“The film needed someone who could play a champion boxer without the arrogance or coldness that we see from boxers in the modern era. He needed to be a people’s champion, and completely likeable, even to his opponents. By doing this, the film could create the payoff needed to touch audiences and make them think about the mentally ill in a new and perhaps impactful way. That is what I kept in mind when preparing, and while filming,” Prendergast described.

When preparing for the film, Prendergast relentlessly trained for three months to not only get in the shape of a professional boxer, but to realistically fight in required scenes. He also took extensive stunt training in order to be ready to be hit and fall on command. In one boxing scene, he chose to fall a lot heavier than he had initially planned and ended up knocking himself out. The shot was so brilliant, it was used in the final cut of the film.

“I was introduced to the sport of boxing in a new way. I always loved to watch, but to participate and continue to practice to this day is something that the film gave me. I was also drawn into the world of past champions and the history of the sport,” said Prendergast.

Punch Drunk depicts an Australian sporting hero that never made it, someone who showed so much promise but was robbed of it, and audiences ultimately see him victorious after 60 years of solitude. Getting to be a part of such a story was truly one of the most satisfying parts of working on the film for Prendergast, beyond all the awards and accolades they later received. The best part for the actor, however, audiences may not have noticed.

“This ended up being a family affair. My Nana was featured as an extra in the film,” he said.