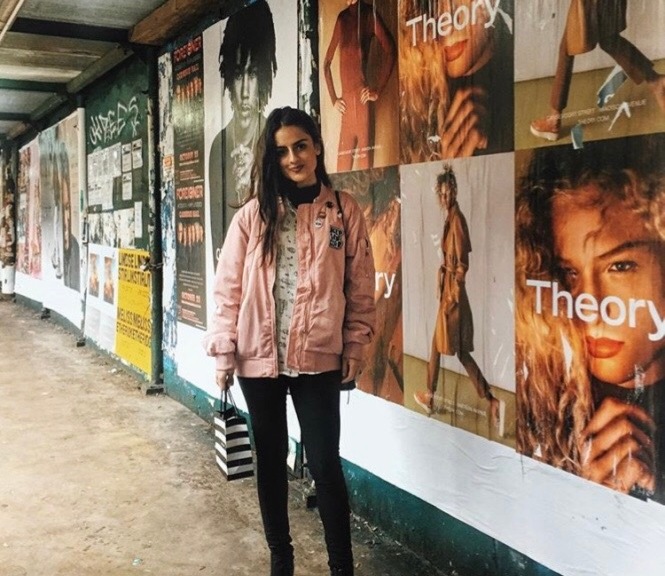 Social Media; it’s intimidating and sometimes confusing to older generations and the thought of being without is unthinkable to younger generations. Your interpretation of it and its prevalence in your life is somewhat delineating and defining of your generation en masse. Social Media producer/manager Ezgi Eren is right in the sweet spot of Social Media (SM) and the idea of online interaction. Forgive the pun but she seems to be hardwired to achieve in the industry. She grew up in Izmir on the west coast of Turkey and used Myspace to connect with others worldwide about her interest in music, fashion, and creativity. A self-described shy young girl, being online empowered her with an ease of sharing thoughts and ideas. These days you’ll find Eren shuffling back and forth between her two modern day home cities of New York and Los Angeles conducting her work with clients and growing their brands with her SM skills. Her early interest and embrace of SM and its ability to connect with others for a variety of ends has served both Eren and those she works with quite well.

Dreaming has always been a part of Ezgi’s formula for life. While attending university she had thought she would be pursuing a role in music management, working with famous musicians from around the world. Her intuitive nature working with SM would lead to a redirecting opportunity. She recalls, “I was 20 when I started an internship at Opening Ceremony Web. I applied when I was still in Turkey. At that point going to New York was still a pipe dream but I ended up having a few Skype interviews and got the job; they even waited over a month for me to get my visa. My official title was Online Marketing and Social Media Intern. I worked directly with the Social Media manager and I learned a lot from her. I started out with compiling FB albums with the brand’s press mentions and later got to help with insights and analytics to figure out which posts work best on all social channels. I learned a lot about insights during this internship. I tracked all stats on google analytics and presented these to the whole team once a month. It was terrifying as an intern but I’m so grateful I got to do it as it made me so much better at public speaking.” Once again, SM helped a somewhat shy Ezgi break out of her shell.

Eren’s skills became so adept that she was recognized and hired to work as a social media manager to celebrity hairstylist Jen Atkin, whose social media presence is almost as well-known as her famous hair styles! Atkin was chosen Creative Influencer of the Year in 2016 by WWD. “Jen Atkin has always been one of my professional inspirations. I think she was one of the first people who was relatable on social media without even trying. She just makes her followers feel like they’re on her journey with her and I think that’s a powerful connection to establish. It’s such an honor to work as a social media manager to one of my ultimate social media she-roes!” notes Eren.

Ezgi is also most recently working on a new segment for Whitney Casey’s company Finery. Finer  is a highly interactive web based system for organizing, styling, and management of one’s wardrobe. It’s yet another indicator how people are using online methods to cultivate organization and style. Ezgi was brought on as Finery’s social media producer/manager shortly after the company’s conception in 2016. Casey (CEO & Founder of Finery) states, “It was important for us to have a social media manager from the beginning of our company to make sure we have a strong visual brand identity from the get-go. Ezgi worked closely with us from the beginning to achieve that and knows a lot about who we are as a brand and who exactly our customers are. “ Finery recently launched an exciting new segment on the site called “Featured Wardrobes”. Casey states “Our initial idea was to launch a blog for Finery to dip our toe in content and spotlight our friends and people we admire in the fashion industry but then we started receiving more and more comments from our users asking for styling advice, inspiration, etc. People don’t just want to see their clothes; they want you to help them put them together in different ways. We had various wardrobes we were curating for different reasons, mostly to continuously test out the site and its new features. Ezgi started helping me put one together and I loved all the items she curated, I even bought a few!! Most importantly it was great to see a wardrobe in front of you that was curated for a specific style. This combined with the comments from our users had us thinking, why not feature different influencers every month and give their fans a chance to go through their wardrobe digitally, instead of going with the same old blog content? Ezgi has been a key player in Finery in this process of rolling out a whole new way of presenting content. She knows the brand so well and cares about developing real relationships with our audience, which is part of what makes her so great at what she does.”

Seeing this professional woman who shuttles back and forth between NYC & LA, working in an exciting new industry…it’s hard to imagine that shy young girl from Izmir who only gained the courage to truly open up when she was typing to someone on a computer. In such a short amount of time both Eren and the way the world uses SM has evolved a great deal. Learning to find your passion and embrace change has worked well for Ezgi and it’s a good lesson for all of us. When considering change she states, “I think about this a lot because there’s no way of predicting what shape SM will be in in 20 years or more, but I think a big part of working in SM is collaborating with people from many adjacent industries: photography, videography, design, tech, styling, & others. I try to acquire as many new skills as possible from them along the way and just be more prepared for whatever SM managing turns into in the future.” 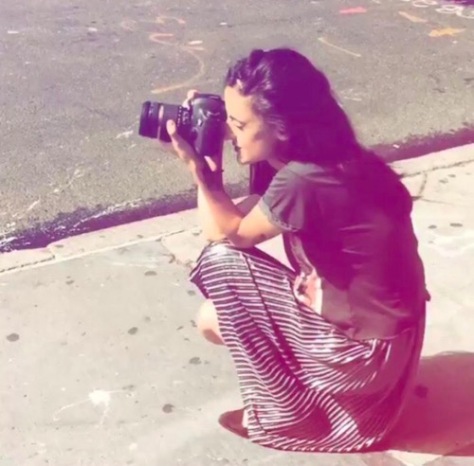