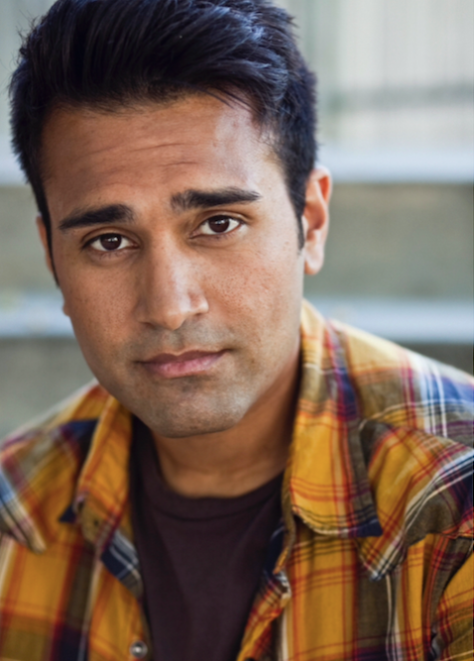 Countless American actors grow up dreaming of landing a contract with a major television studio. Actors from outside the US are no different. The opportunities and the exposure that this kind of platform offer to actors is the entertainment manifestation of a jet pack to one’s career. While he has a long list of credentials to his career, back in the early 2000’s PJ Johal achieved a goal in his career when he signed a contract with NBC to appear as Vijal on the Saturday morning series “Just Deal.” Filmed in a single camera format and without a laugh track, “Just Deal” was an early proving ground for Johal and his costars, to say nothing of how exciting it was for these young actors to find themselves suddenly thrust into the national and international awareness of the public. The storylines gave young people a diverse set of characters to connect with and afforded PJ the opportunity to display the skills that would land him roles in a number of productions to follow.

As a young actor who had just signed with a major talent agency, PJ openly admits that he was excited to be asked to audition for NBC’s “Just Deal” about teenagers living in the Seattle suburbs. It was a story about ordinary kids and common issues of teen life but did so with an ethnically diverse cast. The goal of the show was to show the commonality amidst other differences that the youth of the time was dealing with. The show involved the creators and writer behind the television series “90210” and the excitement around it was palpable. Johal has always been brave when it came to taking liberties with a character during auditions and, as with many times since, it paid off well when he was quickly offered the role of Vijal, the “fish out of water.” Vijal was looking to make friends like any young person. Unfortunately, the friendship he struck with Hunter (the school bad boy) would steer Johal’s character towards trouble. Vijal’s trajectory in the show allowed PJ to exhibit a wide range of situations and emotions. Every actor connects their character to their own experiences and reality and Johal describes, “Vijal was new to everything, thrust into a world he had little in common with. He had to work his way through understanding and navigating it all. I moved around a lot as a child and it was tough having to uproot and start over every time. New schools, new teachers, new kids, a new environment which required constant introduction and assimilation…that’s very hard when you are a young person trying to discover who you truly are. Self-discovery is challenging for anyone and kids have almost no control in their lives.When almost everything else around them is stripped away and then replaced with something different, it’s incredibly disconcerting. My childhood friendships were kept at arm’s length although I was always the best friend I could be because I love having friends. I brought a lot of these experiences to Vijal, right or wrong.”

There’s a natural comradery that takes place for such young actors who find themselves thrust into the spotlight of a major network series. Virtually all of the cast members of “Just Deal” were fairly new to the business with each possessing a handful of credits. While admitting that he wasn’t particularly active in all of the extracurricular social activities, PJ notes that experiencing this type of momentum in his career alongside others in the same situation made it less precarious for him. While working on the show he was approached to join the cast of a major Hollywood feature film. It was an exciting time for the young actor as being included in this major film production but not without trepidation as it necessitated him leaving his first television role. Requesting that he be written out of the show was an understandably difficult situation for any actor and yet one that is born of others recognizing his talent.

In the fifteen years since his work on “Just Deal” Johal has amassed an impressive list of productions in popular TV and film. One thing that has remained constant is the audition process. Whether a teen actor or as a present day adult, PJ concedes that the multitude of auditions is a teacher in itself. He comments, “I can’t imagine many actors would find it unearned to have roles offered to them especially after they’ve paid their dues and rightfully deserve offers. I know at this point in my career I welcome them. If in order to work you must audition, then so be it. It’s important to feel that you’re earning it and proving you are an exceptional actor. It’s a way to keep your sanity and the last thing an actor needs is self-criticism or lack of worth when it comes to having to audition. You must find every possible positive aspect of your journey on this career path and persist; if that means auditioning and doing it well every time then so be it.” The most important lesson which Johal has found…bring yourself to your roles but serve the interests and purposes of the character and the story not yours. These ideas of PJ Johal would serve when applied to almost anyone’s life.