Technology is supposed to make our lives easier. This is the allure and attraction we have to it. Blinking lights and high res displays are not the entirety of the advancements that we embrace. Some of them are unseen and often taken “on faith.” There are certain areas in which the jury is still out and one of these is relationships/dating. Human emotions are so complex and dating rituals are so culturally biased that it’s almost impossible to apply science to matters of the heart. It has been attempted for decades with success and failure. The upcoming release Matched tackles this issue. The soon to be released Brian Enciso film of modern romance via technological assistance is equal parts comedy and sobering drama in its discussion of what society is willing to give up in terms of romance in the search for one’s soulmate. Two tech-crossed would-be lovers Jacob Hill (Ithamar Francois) and Allie Benson (Ariane Ryan) seem both destined and doomed in their love connection in this depiction of the uncertainty of a certain connection.

While the film is futuristic, it’s a stretch to refer to it as Science Fiction. It’s more accurate to describe Matched as a story about where we are soon headed if we continue along the relationship trend that the world has been careening towards. The story is in no way a condemnation of the integration of tech and one’s relationship status but rather an offering about what the next iteration may be.

When a heartbroken young man named Jacob receives a strange package in the mail, he finds a device inside informing him that a company named E-rose has found his perfect match based on science, data, and profiling. Her name is Allie Benson and while she does seem to be a good match, the discomfort of having her complete profile in the palm of his hand is too much for Jacob to bare. Out of curiosity, he goes to the restaurant where she works as a waitress and confirms that the E-rose profile was accurate. He avoids contacting Allie on this first occurrence but she later seeks him out. The two are forced to deal with the fact that they may be perfect for each other in spite of the sterile/unromantic means which has brought them together. As a proxy for modern couples everywhere, the duo contemplates what love truly is; a mathematical formula, a choice, or something altogether different. 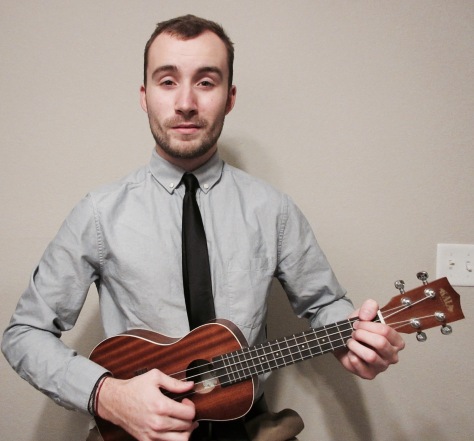 More than simple entertainment, the film is a springboard for discussion about love in current times…at least for those seeking love. The discussions and life-planning presented by the characters of the film could appear weighty and cumbersome but this is offset by the score of Matched. The obvious choice of cold digital synths was rejected for this film which instead utilizes Folk music instruments such as acoustic guitar, piano, banjo, mandolin, cello, and assorted folk percussion. There’s an intuitive lighthearted and comedic sensibility to the instrumentation and score that composer Chris Wotherspoon has fashioned for Matched. A primary example of this is when Jacob makes the decision to burn the profile he has received in the mail about Allie. As it is burning, Jacob receives a call from Allie telling him she wants her personal information package back. As he literally and figuratively puts out fires, a series of folk percussion elements and a chaotic pizzicato string arrangement (still organic and folky) creates a feeling of disjointedness and comedy.

People seem to be in constant search of a means to improve every aspect of their life. Cars, telephones, dating services…these are all merely modern accoutrements of the courting process. Services similar to the one at the center of Matched are very near existence already, it’s likely that they will soon be here. Matched gives us something to think about as we feel the oncoming changes and we must decide if what we have right now is good enough or do we risk it for what could be better…or worse?