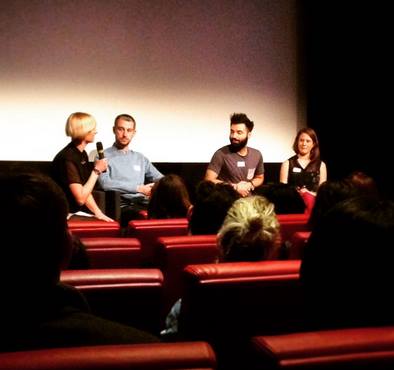 One of the most popular and highly rated dating shows on TV in the UK right now is Naked Attraction. Just as the name states, contestants are viewed and selected in a state of complete undress. Most of us worry about being judged with our clothes off in a dimly lit room in front of our significant other, the thought of doing so in front of other people we don’t know AND on camera is unthinkable. This show would not even be thinkable without the involvement of one of UK reality TV’s most successful Associate Producers known as the master of casting, Grivas Kopti. The UK is extremely diverse and it is precisely this reason that the production chose Kopti. Grivas has been recognized for his work in the areas of LGBT representation, gender equality, multiculturalism, and celebrity culture. As a millennial who grew up with social media and the internet, Grivas and many of his generation are not encumbered by the prejudices and social constraints of previous generations. Say what you will about those of Kopti’s age but, global social interaction has made them aware of the joy and struggles that all people share, resulting in a graceful acceptance of the differences that challenge us all, hopefully creating a sense of unity. The outgoing nature Grivas possesses, as well as his stringent work ethic has made him a sought after commodity in Reality TV. The list of successful shows that have made use of Kopti’s talents are too numerous to name them all but include; Celebs Go Dating, Unbelievable, Words of Churchill, Mandela: The Prison Years, and Stripped and Stranded.

Naked Attraction is one of the most popular programs on TV of 2016 thus far with its recent ratings spiking upwards of 2 million viewers per episode. Reality TV relies on the viewer’s investment in the cast with shows of this type. Naked Attraction relies on Grivas to find the compelling people and their stories to provide the interest that keeps viewers coming back. The title alone will cause a certain portion of the population to tune in but it won’t keep them there or bring them back. Kopti’s role is part detective and part therapist. Kopti is adamant that Naked Attraction is only interested in casting individuals who are themselves motivated to be on the show. There are times when participants change their minds or their family and friends convince them that it isn’t such a good idea for them to be involved; Grivas supports this idea, often encouraging them to go away and consider whether it is truly the right choice for them. This Associate Producer doesn’t envision the show as salacious but rather as a way to achieve greater self-discovery and catharsis. Kopti describes, “I saw the contributors go on a journey, which was inspiring. They learned so much about themselves. Many learned to truly appreciate their body and what made it unique. Being complimented on your shapely thighs that you always thought were fat is so lovely and precious. As you can imagine, a lot of people’s vulnerabilities and insecurities were revealed, which I think is a beautiful thing.  You can’t really let down your guard and be capable of truly loving yourself and others if you don’t make yourself vulnerable. No stone was left unturned. We discussed it all – preferences, past sexual escapades and fetishes. People were extremely honest.”

As the leading associate casting producer, Grivas was in charge of managing the contributors. This can be a tall order when you are tasked with making someone feel comfortable being both naked and on camera. Grivas has always been able to communicate well with individuals unknown to him. Being able to discern who would handle the experience well without becoming overwhelmed or intimidated was key to Kopti’s role in Naked Attraction. He describes the characteristics he was looking for, stating, “Likeability is they first thing I look for. You want the audience to warm to them and subsequently root for them. Two attributes that serve contributors well during filming as well as after are confidence and charisma. Someone who can be strong enough to appear on television with their clothes off and handle anything they might read about themselves on social media afterwards. People aren’t always so kind online. Just as important is intelligence. The whole show works well and is engaging because our contributors can maintain a conversation with our presenter, articulating their thoughts and reasoning behind their selection process as they are selecting who they’re choosing to go on a date with. Ultimately, each main contributor will lead half of the show which is a broadcast 30 minutes. They need to have a strong character and conviction.” With a viewership of 1.4 million on its premiere episode (up 82% on the slot average) and consecutive increases, the show has been an instant success for Studio Lambert. The show’s Executive Producer Mike Cotton (Emmy nominee for Undercover Boss) confirms, “I am positive that our enormous success is due to our collaboration with Mr. Kopti, as it is his leading role that brought us much of the success that we have. His unique talent to be able to cast contributors and contestants for the program showcased his truly unparalleled ability as an associate casting producer.”

While some viewers or even critics may point to a voyeuristic factor that brings a viewing audience to Naked Attraction, Kopti has much more high minded goals for contributors and the TV public. Grivas declares, “We are bombarded with messages daily by mainstream media on how we should look and what and who we should find beautiful. In a subtle way, we wanted to call BS on that and tell the truth, inspiring our considerably big influential audience of the 16-35 age bracket. Not one size or color fits all and beauty can be many things. Couples in interracial relationships still report facing prejudice, which is shocking and something we wanted to address. Why is this still happening? Is some of this generation expressing intolerance taught by their elders? A lot of questions were raised but ultimately, the magic in this show is that we can talk about it honestly and respectfully. I’m very proud that we were able to represent those labeled as disabled. I think we communicated quite effectively that being classed disabled doesn’t render you any less sexy or capable of a fulfilling, loving relationship. We had a good few disabled contributors, visibility is key. Above all, they were fantastic characters with a lot to offer – regardless of their circumstances. One of the underappreciated strengths of my generation is that it is very hard to shock us. Naked Attraction isn’t just about the naked part. Every individual has a story to tell; things they have overcome and personal triumphs they want to celebrate, that’s the real message of our show.” 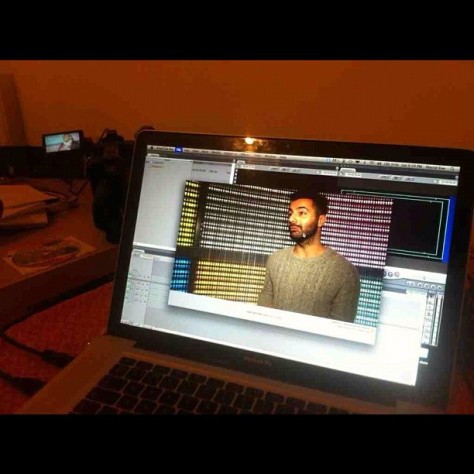