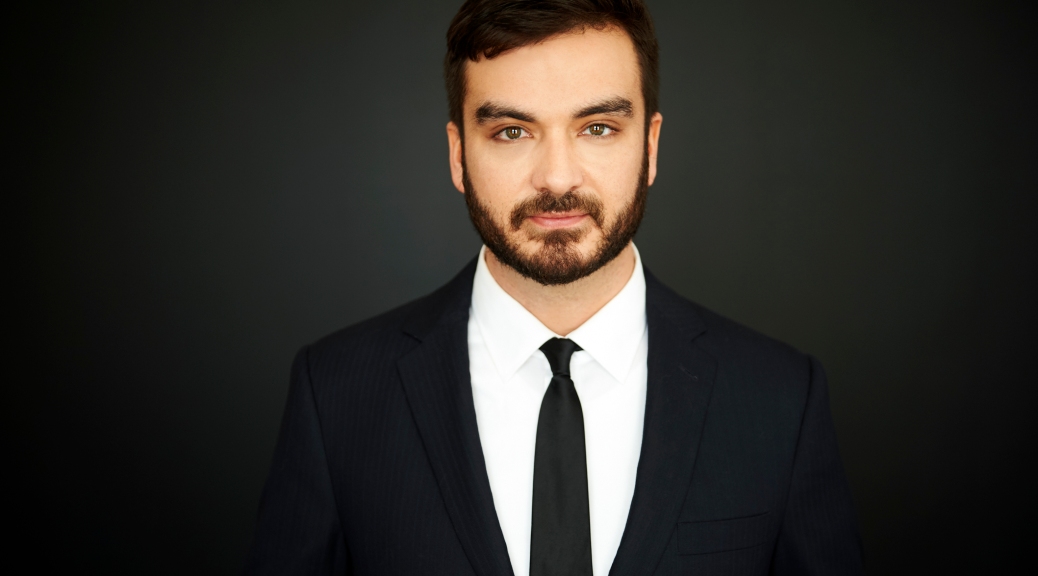 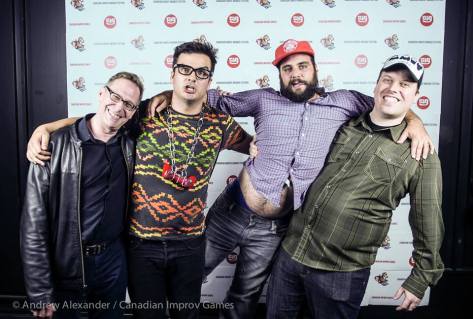 When Miguel Rivas states, “I think we live in an era when people are becoming increasingly accepting of different types of stories, ones which they previously might not have paid much attention to. It probably has something to do with the social media age where you can hear back from other people about their lives and experiences in a way you couldn’t before. You would have your opinions and your views and you wouldn’t get them reflected back on you. That’s changed. If you want to understand someone else’s life and experiences, it’s much easier to do now. We should hope we’re all becoming more empathetic.” …this is possibly the most benevolent and optimistic view of social media’s effect on society that you have ever heard. Part of the reason is that the idea in itself supports a reaffirmation of faith in humanity; the other part is due to the fact that Rivas knows how to turn a phrase. As a professional writer, he understands the subtle emotional impact of phrasing. Rather than using this ability to support a political candidate, compose a novel, or impress bar patrons (well, that might happen from time to time), Miguel has focused his intent on bringing laughter and assisting other creative types in achieving their visions. Rivas will be the first to admit that his intent is not completely altruistic at its core; he loves nurturing the sometimes ridiculous ideas that enter his transom. Rivas is probably best known as a member of Canada’s comedy troupe Tony Ho, with whom he has written and performed on stage and on screen. However, he has many projects contained in his writing resume that testify to his individual voice and style.

At the center of any artist is a desire to take the joys and difficulty which life has handed them and exorcize them in a positive manner. It’s as much a catharsis for them (sometimes a painful one) as it is entertainment for those of us in the audience. There must be fertile and resourceful ground for these artist to communicate the feelings and ideas they are transferring. Miguel is sometimes the artist acting these situations out and even more often, the artist fueling them with his own words and ideas. Tony Ho has given Rivas many opportunities to explore different styles and scenarios in his writing. One of the most popular Tony Ho productions is Japan. This film is about office politics and the social dynamics that prosper in them. Rivas plays Pat Dunkling, the boss who has recently travelled to Japan and is overly eager to represent himself as an aficionado of Japanese culture. The apex of the drama comes when Dunkling decides that the business cannot support two interns so, Marty and Nolan (played by Adam Niebergall and Roger Bainbridge) will perform a Karaoke-off with the winner being rewarded a well paying full time position. Rivas wrote his character specifically to make fun of the type of person who travels to an interesting location and then tries too hard to convince others how impactful the experience was for him/herself. Rather than making fun of a specific culture, the idea was to communicate how certain individuals find it easier to “play” a role rather than simply discovering and relying upon their own identity. Miguel enjoyed writing this character (complete with a Dragonball Z haircut) as well as the roles for Adam (a ne’ er-do-well) and Roger (a slightly overly eager romantic with a fear of missed relationship opportunities). In writing and presenting the theme to Japan, Miguel was always mindful of the audience’s reception of his work. He notes, “You have to be very careful when it comes to what you want to say with comedy. Nothing is off limits completely but you always have to be punching in the right direction, as they say. We knew that the joke in our minds was this corporate culture where people absorb and consume whatever they can in order to make a stamp. My character’s buffoonish understanding of Japanese culture was the target, which was encapsulated in the line ‘Hmmm, very not what I think is Japanese.’ I wanted people to understand this character but perhaps not to like him.” Japan won the Grand Prize for best film at the Laugh Sabbath Film Fest at NXNE, as well as a nomination at the Canadian Comedy Awards. 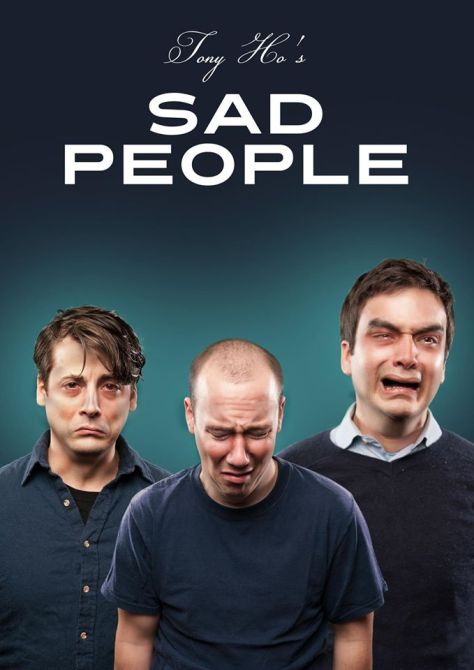 Wanda, another of Miguel’s compositions, was also nominated at the Canadian Comedy Awards and was shortlisted at the Laugh Sabbath Film Fest at NXNE. The storyline of this film was very different from Japan, involving a stalker, a polyamorous love triangle, and an attempted murder. It would not seem like the normal fodder for comedy and yet Rivas was highly adept and finding the amusing side of the dark humor. The idea started with a highly unusual point of inspiration. Miguel reveals, “Part of the inspiration was this visual gag where we wanted someone to die with their eyes open. Sometimes you reverse engineer an idea off of something pretty silly. Hey, comedy.” He continues, “I try and create all kinds of characters, but the film style we’ve leaned on and developed as Tony Ho succeeds best when there’s an element of reality for each character. In writing the characters, I can take them to some pretty unfamiliar places; then through performance, I try and add a level of emotional honesty. This is really important to me.” Bainbridge confirms that Miguel’s writing style is a key component to the success that has been achieved as he declares, “Tony Ho is now one of the most prominent comedy troupes in all of Canada, winning multiple awards and travelling around North America performing for thousands of fans, as well as publishing widely-watched online content. Miguel’s writing has been the spark countless times to enable us to achieve this great success.”

Sometimes the writing of Miguel Rivas is the spark for Tony Ho and, with an increasing occurrence, he has brought this spark to the bonfire of other talent. Space Riders: Division Earth is a TV series that might be best described as a parody (or even an homage) to the Power Rangers series much in the same way that Spinal Tap pays tribute to the great rock bands of the 70’s. The serious approach of not taking one’s self too seriously pays off with an abundance of laughs on this Canadian production. The show’s writers, Dan Beirne and Mark Little, brought Miguel aboard to assist as he explains, “Dan and Mark are frequent collaborators of mine. They asked me to do script consulting on this project. After they had written the initial drafts, they brought me on for punch-up and editing. After that process, I helped with the table reads and subsequent rewrites. The show is quirky and I thought it was so funny and creative, I was happy to work on it when they approached me.” Bierne relates, “Miguel is so accomplished and recognized in Canada for his work with Tony ho, we knew that he was truly funny. Our show has such a different sensibility and tone to it. Miguel fell right into place. He understood our show and how to add his talent to it but, even more so, he is a true team player. He was always searching out ways to add something. His contributions played an important part in our achievements.”

When Disney XD wanted to capitalize on the popularity of sketch comedy shows and market it to teens, Miguel was asked to add his writing to the project. Rivas will mock himself, noting that his age made him unusable in front of the camera for Disney XD’s Try It! so they made use of his abilities behind the camera as a writer. Surprisingly, it was an easy transition to write comedy for a younger mindset and performers. Rivas states, “A major benefit is, it helps you empathize with their experience. I felt some trepidation initially, but once you get into the groove, it becomes rather easy to slip into that mindset. It was really fun to remember how I thought about things as a younger version of myself. For a lot of my writing, I focus on mining comedy out of sadness and anxiety. It was actually pretty easy to convert that into a teen’s worldview. Who knew? Teens have anxiety! You obviously write it less dark but reflecting…that truth in funny sketches actually proved to be fairly easy.”

More recently, Miguel has ventured into writing music videos for artist like Brave Shores and Digits. These videos sometimes play on Miguel’s signature dark comedy style but “More Like You” by Brave Shores is disorienting and unnerving at points. It is a great indicator of the constant challenges Rivas takes on to carve new paths and explore his writing talents.