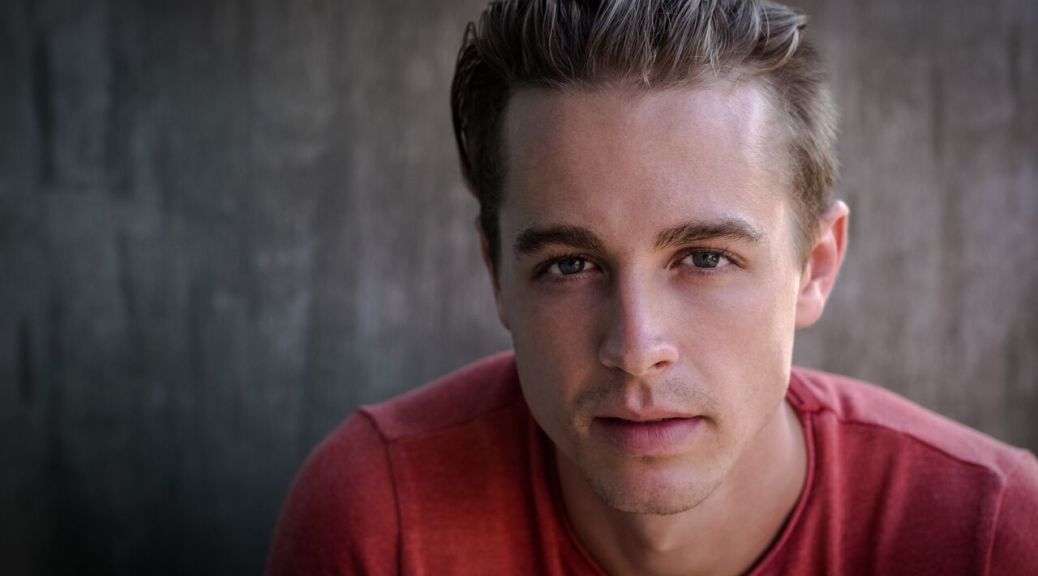 Growing up in Melbourne, Australia, Luke O’Sullivan always loved psychology and understanding what makes people tick. Eventually he began applying that natural curiosity to acting, and has never looked back. Now, he will be appearing in the new Netflix original series Dear White People.

Dear White People is a comedy series based on writer/director/producer Justin Simien’s critically-acclaimed, Sundance award-winning satirical indie film. Simien was the recipient of the 2014 Sundance Special Jury Award for Breakthrough Talent, and will be continuing his success on the film with the show. The series is produced by Lionsgate, whose sister company Roadside Attractions released the original film in 2014.

Set among a diverse group of students of color as they navigate a predominantly white Ivy League college where racial tensions are often swept under the rug, Dear White People is a send up of “post-racial” America that also tells a universal story about forging one’s own unique path. O’Sullivan plays Conner, one of the students at the college who is integral to the storyline of one of the series’ main characters.

“It means so much to be on such a great, meaningful show,” said O’Sullivan. “It felt like all the difficulties I had gone through to get here had been worth it just to have the amazing experience I had on Dear White People. It was also a lot of fun and I’m really excited for it to come out next year.”

O’Sullivan is first introduced to audiences in the second episode, where his character becomes friends with one of the central characters. Conner is a very outgoing, confident character who encourages others to be themselves.

“I love the character but he’s very different to me,” he said. “I’m a lot more shy and introverted than Conner, but that makes him a really fun character to play.”

The 25-year old actor has seen success before. He had a role as a British pop star on Disney’s hit show Austin & Ally and has been seen in several national commercials, including a national anti-tobacco commercial for the FDA which has over 2.3 million views on YouTube. He showed what a versatile actor he is when he starred in the stage play Holding the Man, where he played a total of 11 characters in a production directed by legendary acting coach Larry Moss.

Nate Jones, co-founder of the Australian Theatre Company and executive producer of Holding The Man, discovered Luke at the perfect time.

“As soon as I met Luke I knew he was perfect for Holding the Man. We had been looking for someone to play his challenging and demanding role for some time and knew as soon as we met Luke that he was it,” said Jones. “Very few actors are versatile enough to play 11 completely different characters, but Luke did it with skill and talent that is rare for any actor, let alone one so young. We knew he’d be great, but Luke’s blew everyone away with his performance.”

“I went to a Masterclass with Larry Moss when he was visiting Melbourne, and that was when I fell in love with acting. So working with him so closely was a dream come true. It was so exciting to work with someone I’d looked up to for so long and he certainly did not let me down. He was a brilliant director and a great man to work with. I learned so much from working with him.”

O’Sullivan has had the opportunity to work with some of the industry’s best. Susan Batson, another acting coach who has coached A-list stars to win Academy Awards, worked with O’Sullivan in Melbourne and was the reason he moved to New York. After seeing his work she invited him to study with her further at her studio in New York City.

“Besides being young and handsome, Luke can really act,” said Batson. “He’s deeper than the Euphrates River, but funny and very, very smart.”

With talent like O’Sullivan’s, audiences can expect to see a lot more of him on both the big and small screens. The 10-episode, 30-minute series Dear White People will premiere on Netflix around the world in 2017.

“You have to accept that there is no certainty and that nothing is ever secure or guaranteed. There are so many things out of our control… It’s really hard to put your heart and soul into something when you don’t know if it’s going to pay off. But you have to remember how much you love it,” he concluded.