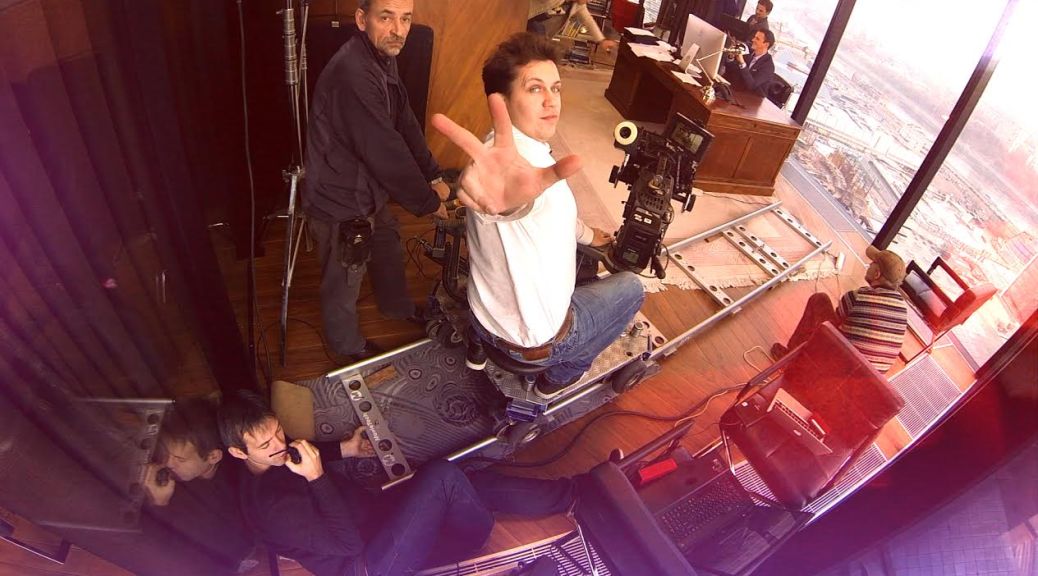 “I meet people, I listen to their stories and watch their lives. I see and try to understand the visual styles and colors of different countries and places. Every day I try to develop myself, to apply my experience in creating my own style, and hone my skills.”

“Once, when I was experimenting with video, I noticed something. It was a feeling that I was not previously familiar with. It was seeing how my thoughts and ideas became a reality through film. I understood that I can capture a mood, an attitude, a feeling. It was the spark of creation. I can’t compare this feeling with anything else. I can not only consume, but create. From that moment, this feeling for me becomes one of the most strong and pleasant. I feel that I’m alive when filming and create a certain style or idea,” he said.

Savchenko’s work is recognized across the globe, and has been nominated for several awards. He worked with REN-TV on That’s My House, which was a finalist when it was nominated for “Best Leisure and Lifestyle program spot” at the Promax BDA Europe in 2015. This year, his work on the promo Americans won Bronze in the “Best Drama Promo” category of the Promax BDA UK awards. Savchenko considers these true victories, but they still came as a big surprise.

The feeling is hard to describe. In our work, we constantly ‘run’, focusing on the ‘road’, not looking around. When your job gets to the finals of the international competition, you start to ‘look around’, trying to figure out where you are and realize that you are ‘running’ in the company of giants like the BBC and Discovery. It’s an interesting feeling,” he said.

While at REN-TV, Savchenko worked closely with Roman Toloknov, the chief Director of the Promo Department and the two became close. Tolokonov says Savchenko has a loud voice, joking that he can’t decide if it is a good thing or not, as he Savchenko is never afraid to tell even his boss when something “sucks.”

“Sergey came to our department in late summer of 2013. I immediately saw in him a man who can give good advice and bring our ideas to life. We worked for three years and got a huge number of promotional projects. Sergey is like an engine. You start the engine and it works,” he said. “Sergey has this massive energy, he loves what he does – that’s what really got to me when he came for an interview. He is not working for the industry, he is making the industry.”

Savchenko describes Toloknov as having an excellent sense of style and humor, producing more great ideas than he team can manage to film. For Savchenko, despite the awards and recognition, it’s the people he has worked with that have made his career into something he loves.

“You know, it is always a surprise to receive awards, it’s very nice, but this joy fades away. It’s always a pleasure to share this joy with someone, but a reward by itself does not bring happiness. The award is a measure of official recognition, it affects to your confidence, but the support of a family and friends, and their faith in you, is much stronger than any award,” he said.

Having this attitude keeps Savchenko humble. Despite his many accolades, he does what he loves for himself and the people he loves. He is motivated by the challenges of the profession, which one can only do when they are truly passionate about something. He knows that every take can have a different approach, and every other director of photography will do it differently, but he takes his time and finds the best approach.

“It’s similar to how you tune a musical instrument, feeling only the vibration from it in your body. You don’t hear the sound, you only see the faces of those who listen to your music. The best gift is to see smiles on faces, this means that your music is resonance in the hearts of the audience. Your instrument is tuned. Constant practice and selfless love helps along the way. Any task has 100 ways to solve and we are always looking for the best choice. The storytelling language, the style and the color is very similar to our speech, if we start talking randomly – we might upset or offend someone, nobody likes scrappy speech. Video products directly affect the consciousness and sub consciousness of an audience, therefore it is necessary to control the quality and check 10 times to make sure, that what you’re doing is right and carries a beautiful thought,” he advised.

Savchenko is not simply a director of a photography. He is an artist. He is a creator. He knows this, but uses his gift to positively affect not only the people directly around him, but those that see his work. There is no doubt that his name will continue to roll through the credits in film and television for years to come.

“I want to grow as a director of photography and work in the film industry. I truly love what I do the more than anything in the world,” he concluded.