The way in which we conduct business, just as with our social lives’, has changed dramatically in the past decade. In fact, less than a decade. Cyber Monday is a term that everyone understands. While there are many examples of how technology can be cumbersome, the consumer experience is one which has become much less difficult. Online marketing and shopping was in its early stages in 2009 when Ashley-Gianna Hallett was working at Burberry in London during their entrée into the online world. As a lead force in Burberry’s approach to their website and virtual shopping, Hallett was an important part of enabling fans of this iconic British luxury fashion house with access to ready to wear items while still retaining the signature style for which it has become known. Much of the world approached online shopping with trepidation in these early days but Ashley dove in headfirst with a confidence that resonated with the company and the variety of professionals she worked with, resulting in the successful online shopping presence Burberry has to this day. As during her time with Elite Model Management London (as Talent Manager and Women’s Model Booker), Hallett has always proven that her forward thinking and love of fashion are a union which serves to make each half better.

It’s always a good idea to treat others well because you never know what the future will bring. Ashley has become a force in the London fashion world these days but just a decade ago she was still studying at university. She was just a girl from a big family in South East London who loved the Arts and Fashion. At twenty-one, while finishing up her studies, she began working as a temp Assistant in the showroom of Burberry HQ. She was quickly recognized and would soon join Burberry as a member of the Digital Commerce team. This was a fairly new venture at the time, one which differs greatly from means of the past. Comparing print media and ecommerce, Ashley relates, “E-commerce and print media are different. Print tends to be advertising/advertorial whereas e-commerce is the selling of individual products with detail shots to follow- the customer can directly purchase a product. E-commerce can fit into website advertising via a landing page. A landing page on a website is also like a small scale campaign that focuses on a feel, a look, a story, a collaboration of models wearing several looks from that particular collection. It all depends on the context of the image that is used and where it sits on the website. On most occasions, imagery used for print media will also be used for the site but would can also have a ‘clickable’ feature to purchase individual pieces. These shots would have the same feel although there would be a focal point on each product which is important for the customer. One of the problematic but exciting factors of this avenue is that the aim would be to shoot the collection reflecting the styling of the initial shoot (i.e. Runway show/Advertising campaign). The challenges we faced were reflecting the initial styling whilst also being able to show the customer the product for exactly what it is. An issue that is apparent with all commerce styling from my knowledge and experience of working with several other online brands.”

In creating an online Look book for Burberry, Ashley needed to understand the needs and perspectives of all involved parties from the company through to the production teams and eventually the consumers. This required laying out all aspects and logistics on a granular basis.

The needs and desires of all these groups required a massive amount of preparation, communication, and anticipation. Hallett would meet with the Marketing and Production Design teams to identify the entire collection, breaking down the product lists into Ready-To-Wear and accessories. The collections being shot would be coordinated with the desired models and their schedules. Ashley worked on successful projects/collections such as Prorsum Look Book (2012), ‘Burberry Nude’ (2011), ‘April Showers’ (2011), ‘Winter Storm’ (2010) during her time at Burberry. Coordinating and planning shoots with the studio teams (photographers, stylists, retouchers) while ensuring that the availability of the product, model, and creative teams were all in sync, necessitated that Hallett and her 6-member team were always on top of things and held the Burberry image as paramount. The online shopping presence which Ashley was so instrumental in facilitating during her time at Burberry is the standard of the industry in fashion these days, even though it came into being less than a decade ago. Hallett recalls, “So much has changed in such a short amount of time. When I began at Burberry within the Digital team, some of our processes for shooting were manual. It was a way of being meticulous with the many products housed in the showroom. It was an exciting time as we could develop our own ways of working influenced by the structure and needs of the business. I had a template which was working fine although, as time moved forward and the Digital aspect of the business was rapidly growing, it was only natural for us to refresh our ways of working. I think it was surprising to everyone in the industry how fast things moved. Working closely with styling teams to determine how to shoot from a creative vs e-commerce perspective, model choices for collections, styling guidelines, ensuring we had a faster turnaround of delivering the finished imagery to the website teams…all variables for the normal presentation of products had to evolve quickly. We were growing with the needs of the department and business. Speaking to all teams to ensure we were all aligned with how to produce a slick and seamless structure of shooting key products meant that communication was key and going with a gut decision was most often a necessity.” One of the results that Ashley was proudest of was her oversight of quality control during the re-shoot process. This is often one of the areas which can lead the process to a standstill. Over a two-year period, Ashley was able to minimize the re-shoots by forty percent. Currently considering the further evolution of her career in the Fashion industry, Ashley reveals, “To have a key role in the strategy and brainstorming of creative concepts, to develop an idea and turn a thought and vision into something real and substantial alongside a client, to have creative input into all aspects of a project from the strategy, idea, location, talent, stylist, photographer, budget, retouchers, contractors, set designs…that is a deeper involvement and a lofty goal but I’ve always believed in myself and believed that I could work with other talented and hard working professionals who are committed to greatness as well. Pursuing a career that is creative and in which I am surrounded by creatives, that’s the way I want to look back and see my life.” 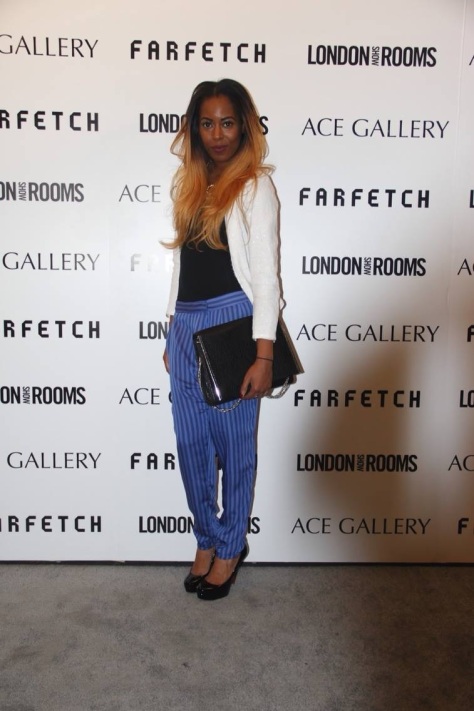