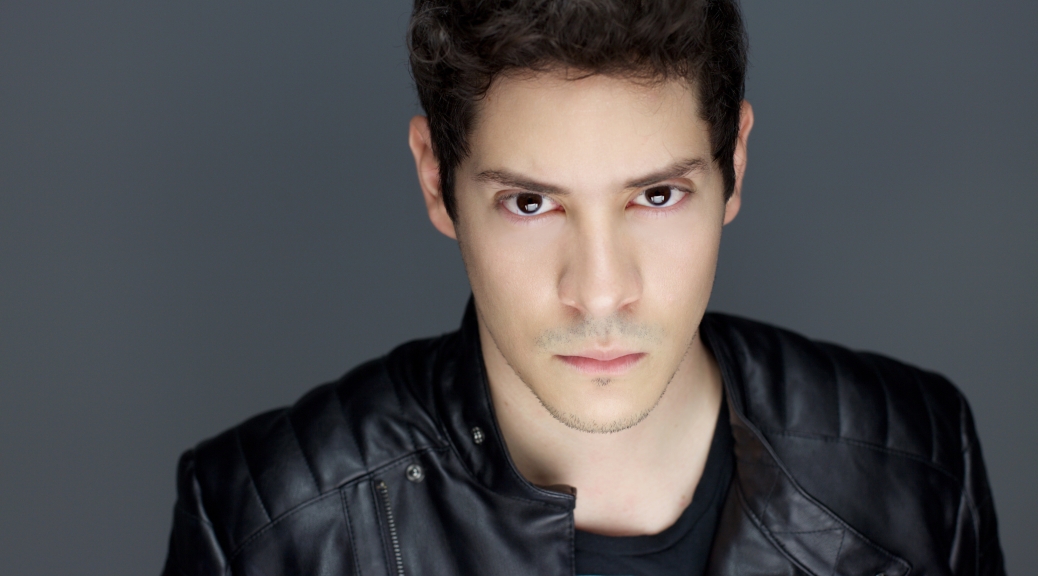 Antonio Vigna had dreams of being an actor ever since he was a child. When he first watched a film, he pictured himself in front of the camera, stepping into another’s shoes and showing the world his passion. However, what Vigna did not anticipate was his love for being behind the camera, helping put together every aspect of a film. Now, as both an actor and producer, Vigna is known internationally for what he does.

As an actor, Vigna has shown the world his talent in films such as Perfection and Klaazor. Working behind the scenes, his work producing the films Camilla and Consumemate contributed to the films great success at many international film festivals. The highlight of Vigna’s career, however, comes from producing the film Dia de Muertos (English translation to Day of the Dead), which allowed him to connect with his Mexican heritage.

“Dia de Muertos, or Day of the Dead, is one of my favorite traditions from my country, so the moment I was told to produce a script that had the tradition as part of it, I wanted to be involved in the film, no matter what,” said Vigna.

The film follows a young Mexican woman struggles to keep on living after the death of her loved one, but during the Mexican holiday, The Day of the Dead, she experiences a contact with him that changes her life. It was written by Laura Gudiño, who also starred in the film. Gudiño knew of Vigna’s work, and knew she needed a producer of his caliber to take her film to a success.

“Antonio was my producer and he helped me so much and made the whole process easy. In this industry, you always want people who are easy going, that you know you can work with them for days, and he’s definitely a person you’d like to have in any team. Antonio has great work ethic. He is very responsible and creative. In addition to that, he is an easy going, friendly person so in any project I have worked with him, I know everything will be alright,” said Gudiño. “I think in this industry, the more you know about it and the more you explore, the more you understand everybody’s job and the more valuable you are. Antonio has been a reporter, a journalist, an actor, a producer, an AD, a writer, etc. I believe, thanks to all of that journey, he has become very good at anything he does. Knowledge opens doors, and he has definitely opened many.”

Because Vigna knew he would be working on the film months before pre-production, he had time to put together the ideal team. He believes it is the best crew he has ever made. He also decided on the process for the film. Initially, the supporting actor was not going to have to audition, but Vigna knew to hire a casting director and have a formal casting for the film in order to find the best person. After the auditions, they cast someone else, rather than the original actor, knowing that with such a small cast, it was necessary to have the perfect person. Without Vigna, this would not have happened.

Initially, the casting director wanted Vigna to audition for the role, but he refused. He wanted to make sure the film was the best it could be, and for him to do that, he would have had to step away from producing to focus on creating the character.

“I declined the offer to act in the film, as I had already a few months working on it as a Producer. I don’t regret it at all, since this is one of the films that I’m most proud of,” said Vigna.

The decision proved to be the right one, as the film made its way to some of the world’s most prestigious film festivals. After premiering at the Film Festival of Cannes 2017 Short Film Corner, it made its way to the Los Angeles San Rafael Film Festival, Tulipanes Film Festival, and the Cinetekton Film Festival. However, the awards and accolades are not as important to the producer. For Vigna, the passion he felt for the story helped his drive, ensuring that every decision he made, every road block he overcame, was perfect. The Latino passion, he says, was felt on set all the time, even though most of the people there were not Hispanic at all.

“I think that I liked the fact that we were portraying a Mexican tradition at its best on screen. Most of the films out there from our country talk about drugs or corruption, but we took just one of the beauties in our culture, to share it with everyone in the world,” Vigna concluded. “Most of the people don’t know the best parts of our Latino culture, so it’s important to show the other side of the coin. Also, there are Latinos all over the world, who can feel identify with the film, and reconnect with Dia de Muertos. It’s hard when you weren’t born in our country to feel it just like us, especially having Halloween, shadowing it, so strongly in United States, even among the Hispanic culture. So, we need to keep our traditions with their meanings strong enough for everyone appreciate it as we do.”