As adults many of us, at least on occasion, put our passions and dreams on the back burner when it comes to pursuing our professional careers and opt for jobs that appear the most beneficial for our bank account. Luckily though, just because we chose a career at one point in our life it doesn’t mean we have to stick it out forever if it doesn’t make us happy. For many people this change can be an intimidating decision, but many have done it and most will tell you that while it took a leap of faith, the reward was worth it. One courageous individual who chose to leave his former career behind and pursue a path fueled by his passion is Indian photographer Akshay Kandi.

“I have a bachelors in computer science,” explained Akshay. “But later when my brother brought me a camera I started clicking. It was a hobby, but it became serious in my life and I take it seriously as my profession.”

Once Akshay made the definitive choice six years ago to divert his path away from computer science and devote himself fully to his work as a photographer, doors began to open and international success quickly followed. In the early stages of his career Akshay apprenticed for well-known Indian photographers such as Badri Narayan and Bharat Bhirangi, which helped him hone his craft, and later served as the lead photographer for Kamal Kiran Photography.

As Akshay’s personal body of work as a photographer grew audiences and magazines quickly began taking note and in 2012 one of his stunning images was included in Better Photography Magazine, which is not only one of the leading photography magazines in all of South Asia, but it is the No. 1 photography magazine in India. A huge accomplishment for Akshay at the time, having one of his images featured in the industry’s leading magazine definitely helped showcase his talent to future clients and the public at large.

From shooting collections for renowned Indian fashion designer Archana Rao, who is frequently featured in Vogue and won the prestigious Vogue India Fashion Fund Award, to product shots for Cleanse High, one of India’s leading juice detox programs, Akshay has since been tapped by an impressive range of high profile clientele to capture the images that sell their products.

“It feels exciting and I’m so happy,” said Akshay. “I don’t want to say that I’m lucky but I will say one thing that this has shown me is hard work pays off.”

Considering that a quick glance at an image holds the power to generate interest in a brand to a potential customer, the competition between the photographers a brand chooses to shoot their product is high; and the fact that so many have selected Akshay to capture their products says a lot about his talent and the aesthetic appeal of the images he creates.

In 2015 Akshay shot a series of images for Archana Rao’s label Frou Frou, which were used to market the label to the public, meaning Akshay’s shots made it into several magazines, in addition to being featured on the brand’s social media outlets. Akshay’s shots brilliantly captured the modern, upscale personality of the brand while drawing attention to the feminine essence of the collection in a way that appealed to the taste of Frau Frau shoppers. His expertise in lighting was an integral asset for this shoot in particular, especially when it came to capturing the clean, white glow of the clothing, such as the blouse featured above.

His unique way of setting the stage in order to make the products he shoots stand out to viewers has been a huge draw for many of the companies that have continued to hire him over the years– something that can easily be seen in the images he created for Cleanse High, which were featured in WOW! Hyderabad Magazine. 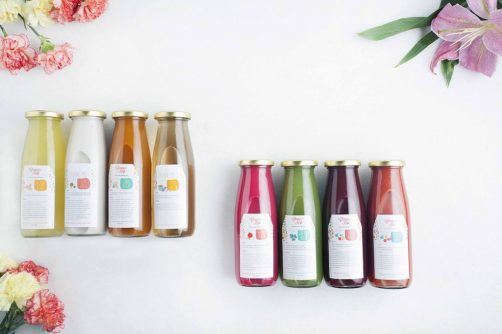 Some of the other major clients Akshay has shot for over the years include luxury leather shoe brand VAPH, Vellanki Foods, an Indian food company that has stores across the U.S. and India, and most recently A.K.A designs, which designs helmets for the U.S. Navy, and many more.

Aside from his exceptional creativity behind the lens and seasoned skill when it comes to setting up each shot in a way that accentuates the subject, one of Akshay’s unique strengths is his versatility. His ability to tune into the vibe of the client, whether it be a clothing brand or food manufacturer, and represent that in his images have made him a strong force in the industry. This was incredibly important for his shoot for the U.S. Navy helmets designed by A.K.A Designs, for which Akshay travelled out of the studio and into the elements in order to find the perfect location to showcase the product.

“I wanted to show a rugged look in the pictures, because these products will be used by Navy officers. We needed to have a realistic look in the pictures, so we went uphill where there were rocks and the ground was full of sand,” explained Akshay. “And after the hard work we got some amazing pictures.”

In addition to being sought after to photograph products for brands across the globe, Akshay has also tapped into the world of on-set photography, making a name for himself with his work shooting promotional and BTS photos on the set of films such as Manikandan Mathivanan dramatic film “Fated” and Alessandra Romano’s “HER- Levels of Love.”

As with any creative career, since he first began Akshay Kandi’s photography has evolved in a myriad of ways, especially in terms of inspiration and the subjects he chooses to focus on.

“Now a days I’m concentrating on portraits and fashion, I’m trying to come out of my comfort zone and take up new challenges,” said Akshay. “I keep traveling to different places and looking at different people and trying to feel the emotions on their face. It gets more interesting clicking their portraits and trying to create some kind of story. Sometimes I feel very shy to go and click their portraits but I push myself to get that one amazing portrait, because once you lose it it never comes back.”