Producing a film or television series requires an immense amount of planning, impeccable attention to detail in terms of financing, a unique style of diplomacy and the capacity to work with a plethora of different personalities and the ability to see the overall picture and end result before filming ever begins. While the actors and directors often earn the most credit in the public eye, the producer behind a project is arguably the most instrumental contributor. Without them, a project simply wouldn’t happen.

One of the beautiful things about the film industry is that every once in a while a motivated leader who’s eager to help others tell their story comes along, and that’s certainly the case with producer Clara Levy. Hailing from France, Levy moved to Los Angeles in 2017 where she helped kickstart Blackpills’ US production branch. Helping to place the Blackpills’ name on the tongue of everyone in the industry, Levy has continued to produce award-winning and globally recognized productions for the company, such as the film “Dead Women Walking,” the series “Junior,” “Do Not Disturb,” “Bonding,” “First Love” and more.

Though she is now a highly sought after producer, her entry into the film industry several years ago unfolded after a stint of working in Parisian politics. In 2013 Levy was working at Paris City Hall for Anne Hidalgo, who made history and international headlines for becoming the first female mayor of one of the most well-known cities in the world. There, Levy coordinated press campaigns for the mayor and organized massive campaigns such as the Global Conference Of Locally Elected Women, all experiences that would prepare her for the logistical skills necessary to become a Hollywood producer.

After her stint at the Mayoral Office, Levy embraced her love of film, and joined Canal+, where she helped with marketing critically-acclaimed series such as The Bureau and Spiral, and was also instrumental in creating unscripted content and documentaries.

Soon after she was hired on as a creative executive at the Blackpills office in Paris, which eventually led her to Los Angeles where she was the lead producer on the critically-acclaimed film Dead Women Walking, a film about women on death row directed by Hagar Ben-Asher. Hagar Ben-Asher had previously been nominated at the Cannes Festival for The Slut.

Dead Women Walking received standing ovations at some of the most respected film festivals in the world, including the Tribeca Film Festival, Venice Film Festival, and dozens more, which has led to many discussions about a distribution deal with various major studios. The production featured an almost all-female cast and crew, including well-known actresses such as Ashton Sanders (featured in the Oscar winning-film Moonlight), Dot Marie-Jones (Glee), and Lynn Collins of X-Men fame. 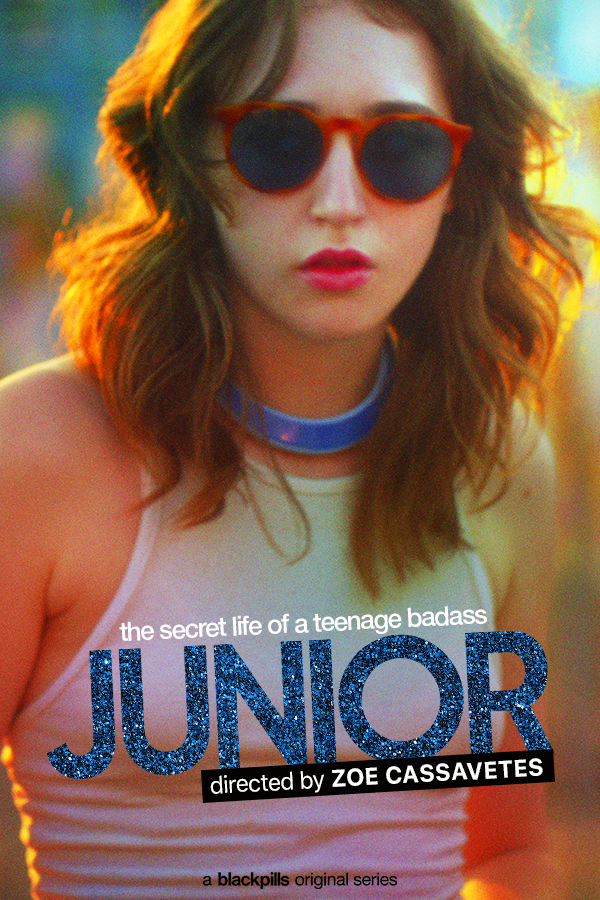 Since entering the film and television world as a producer, Levy has continued to work with the best of the best. In 2016 she began working closely with Zoe Cassavetes, daughter of the legendary John Cassavetes, on the Gotham Award nominated series Junior.

Junior is one of the first projects that Levy worked on as part of the Blackpills team, and it is special in that Zoe Cassavetes had such as specific vision for the film. Centering on the theme excitement and danger of adolescence, Junior follows a 16 year-old whose mother’s new boyfriend tempts her to explore a darker side of herself. Zoe captured the coming-of-age experience in a fresh and modern way, and Levy helped bring Zoe’s subtle genius to life.

“[Junior] tackles adolescence in a way that we can all relate. It makes you travel in time and go back to this place when you are still exploring who you are and discovering it slowly,” says Levy. “I loved being so close to an auteur such as Zoe. Her directing is very special as it brings so many additional layers to her story. It’s something very hard to achieve and she mastered it.”

Levy recently worked on the soon-to-be-released anthology series Do Not Disturb, which marks the directorial debut of internationally-known actor Jude Law. The upcoming series was chosen among thousands of series for the Cannaseries Festival, which takes place before the Cannes Festival, one of the most well-known film festivals in the world.

Do Not Disturb takes a unique look at the private lives that we hide from the world, and is unique in that the series isn’t loyal to a specific genre. Starring celebrated actors such as Monica Belluci (The Matrix Reloaded), Jack Huston (Kill Your Darlings), Ralph Ineson (The Witch) and Edward Holcroft (Vampire Academy), Do Not Disturb brings to life the wide array of experiences that take place behind the “Do Not Disturb” signs on hotel rooms. The series is dedicated to telling personal stories that incorporate different genres and unique characters that hail from all over the world, and explores the more private and dark aspects of human nature in general.

“Do Not Disturb is really an unidentified artistic object ! It brought together so many talent and artist on such an intimate theme,” says Levy. “The theme of the project, looking into how people deal with their secret life and their dark side was amazing to tackle, and it felt that the anthology format gave us the opportunity to really explore so many side of this human problematic.”

As if all of this wasn’t enough, she has also been working diligently on the upcoming series Bonding, which was co-produced by Anonymous Content, the production company that was instrumental in such critically-acclaimed series as True Detective, The Knick, and Mr. Robot. Netflix purchased the series and the series is expected to launch sometime this month.

Levy’s curated and managed several writer’s room in Tel Aviv, all while developing and producing an astonishing portfolio of award-winning series during her time at Blackpills, which has been praised as “the future of TV” by French newspaper Le Monde. She has proved quite instrumental to Blackpills’ success, most notably because of her motivation, work ethic, and discerning eye for talent. That is why it is no surprise that in March 2017 she was promoted to Director of Development at Blackpills, where she works in her present capacity. Levy is responsible for signing talent of all kinds, including writers, directors, and digital talent to help create compelling content and grow the company. She now builds and maintains partnerships with all major US agencies and management companies.

Clara Levy is not afraid to sign new talent, shake up the status quo, or introduce new ideas to the companies that she works for, so she often proves to be a much more incredible asset than they first realize. She consistently stands out as being able to help true visionaries tell important and relevant stories, and it’s very clear that Clara Levy is not stopping anytime soon.