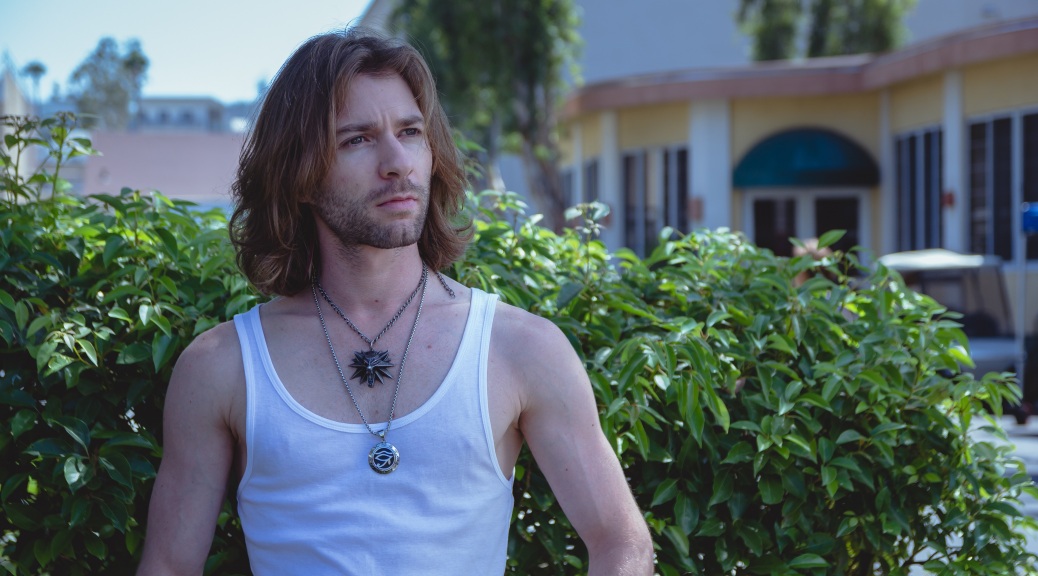 With every role Kevin Dary takes on, he brings a small piece of himself and merges it with his character. To transform into another person, he puts himself in their shoes, seeing what parts of his own life connect with theirs. He forgets who he is until he hears the director call “cut” and that is what makes him such a captivating actor.

“I see actors as toys for a director. It’s as if the director is this kid using his imagination and playing around, telling a story, and the actors are his action figures,” he described.

Having worked on many esteemed films, such as Pregoand Pandora’s Box, Dary has shown audiences around the world what he is capable of as an actor. His versatility is evident with every project he takes on, spanning across a variety of genres and mediums. This is exemplified yet again with his work on the 2017 drama The Swamp.

The Swamp was the first project where Dary had the opportunity to work with director Wenhao Gao, originally from China. He was immediately attracted to the script because one of the main themes for Gao was the perception of someone and the judgement from others that this perception brings. Dary played the main character, Vincent, who is accused of killing the dog of his neighbor. It is a dramatic and emotional film that encourages audiences to think outside of the box, not just about the story but their actions in general. Have you ever been in Vincent’s situation? Or have you been one of the accusers? This story, while extreme, does make you think, and not just through its shock value of a little girl’s pet that gets killed.

“I worked together with Wenhao, who also wrote the project, to bring a fully fleshed out character and I offered some of my personal experience in dealing with the way people look at you, for this is a subject that I know all too well, and I still face today,” said Dary.

The film premiered to a limited audience in The Burbank Studios, Burbank, in November 2017. The film was awarded an Award of Recognition, category Lead Actor, for Dary’s performance as Vincent, from the Best Shorts Competitions in March 2018, and the Gold Award for Best Short Film from the LA Shorts Awards in that same month. It will be continuing its festival run in June. Such success could never have been possible without Dary’s outstanding performance.

“Working with Kevin is very pleasant and a good experience. I was really happy to have him in my project as the leading actor. Kevin not only has good acting skills, but also his nice personality made our cooperation go well. Kevin has very good understanding of a script and his character. When we did rehearsals and polished the details, I felt that he really put himself into the story, not just to finish a job. As a director, it’s really important to be able to get some new inspirations and ways to make the characters vivid through communicating with actors. From his performance and feedback, Kevin showed me more possibilities of who and what his character can be, and how to serve the story better,” said Wenhao Gao, Director of The Swamp.

Vincent is the lead character of this film and the story is told through his point of view. Because of this, Dary knew the importance of his work and made sure to keep the audience guessing. Many scenes cater to this, with the lead character showing a lot of anger and confusion. Dary wanted to push this even further, choosing to yell in certain scenes to show he may be capable of anything, but also exude the emotion behind each action, showing that each reaction was very human.

“I remember that when I first read about the breakdown of Vincent, I was intrigued by the idea of this guy described as ‘not a slacker, not a bad guy, just has had a really long night’. When I got to take a look at the whole script and found out his motivations and what he was going through. The film is a great story about prejudices and stereotypes, with an ending that goes against the traditional Hollywood happy ending,” said Dary.

What was unique about this story, and Vincent’s character, is that by the end of the movie it is not revealed if he is guilty of what he was accused of. The writer and director however, told Dary he could make that choice on his own and then act with that choice in mind. What do you think he decided? You’ll have to watch The Swampto find out.

“I love tackling the idea of prejudices and preconceived ideas about people. As someone who has a different style than ‘the norm’, I have been prone to judgment from others. You get to witness how far people are willing to take their assumptions, just based on what they heard, saw, or even think they saw. Sure, it made me stronger in the end, but just like Vincent, I still suffer from that today and it can be hard to stay true to yourself when you feel overwhelmed. Getting to do a piece about that issue that is still dear to me felt good. It shows that while there still sadly is a need for such stories, the battle is definitely not lost as long as we stay strong,” he concluded.