The highly successful and prolific Director of Photography, Samar Kauss, is a Brazilian creative force who has made far reaching cultural change within the Australian Department of Health. Kauss, known for her work as a longtime editor for several of Brazil’s most popular television shows on the leading network TV Globo, has helped the Australian government lead the charge in documenting and spreading awareness on the plights of aboriginal tribes across Australia. The government-funded 2013 documentary, Big Day Out, in which Kauss performed as the Director of Photography for, aimed to raise awareness to the health issues and concerns of seclusion that the Wadeye community undergo almost 5 months out of every year. Kauss worked tirelessly to capture shots of the Wadeye and their home, in an attempt to unobtrusively capture the everyday life of a tribe member. Kauss has proven herself as an international humanitarian, as she has helped the Australian government in their strives to create a positive cultural impact through their documentaries, on which she at times found herself immersed in a community entirely different than her home back in Brazil.

Kauss was also approached again by the Australian Department of Education to create the Young Achievers Program documentary. She worked closely with the Australian government as their Director of Photography for the documentary, attempting to determine through extensive interviews whether or not the average Australian student received adequate resources to reach their academic goals. As the Director of Photography, Kauss was crucial in documenting the students in a way that empowered the argument of the filmmakers while expertly capturing the ongoing concerns surrounding the future of public education across Australia’s public school system. 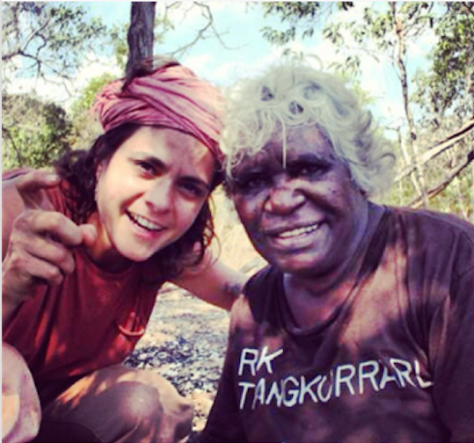 Few filmmakers can easily make such graceful and critical strides on key social issues that Kauss has undoubtedly taken on throughout her career as a successful Editor and Director of Photography. Kauss’ history as a Director of Photography for some of the most culturally and socially impactful documentaries that the country has to offer speaks volumes to her abilities as a filmmaker of genuine impact and marks her as a key Brazilian creative force to watch.