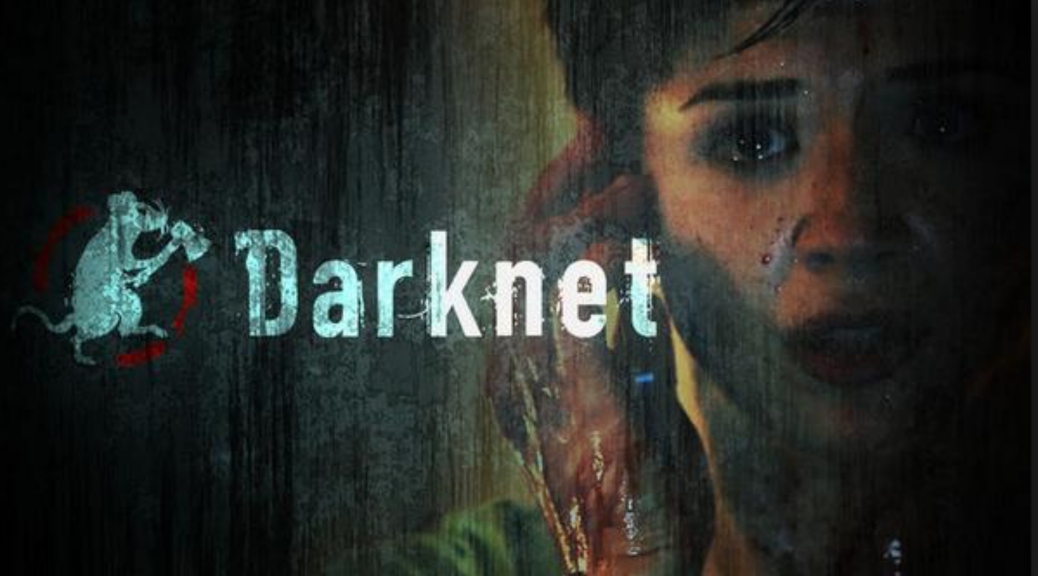 Actor Michelle Alexander inhabits every role with a masterly conviction. Her characterizations, whether a light hearted comedy or dark suspense thriller, display an involvement and authority which completely draws an audience in. The Canadian-born Alexander’s artful prowess allowed her to transition, with admirable grace, from theater to television, where she electrified viewers as a knife-wielding slasher on the groundbreaking Darknet, a well-received, innovative anthology series of urban horror stories.

The lissome, charming Alexander was hardly an obvious choice for a serial killer, but she easily won the role of murderous psychotic Alison. “The Darknet auditions were highly competitive,” Alexander said. “The individual slots for the first round were only five minutes long, but I was kept in the room for 45 minutes. They had me do a 2-minute scene about 10 different ways, and later told me they were blown away by how quickly I adapted to direction.”

“Then there was the callback,” she said. “It was one of my favorite ever auditions. The scene was Alison stabbing her first murder victim and realizing how much she loved it. I wanted to have something to push against, literally, when doing the ‘stabbing’ so I slammed a giant chair into the ground over and over again. I thought ‘they’re either going to think I’m crazy or an acting-chair-wielding genius.’ That bold choice paid off.”

Alexander’s instinct and audacity, combined with a deep well of classical stagecraft—an alumni of the distinguished University of Windsor BFA Acting Program with extensive additional training and stage experience—effectively guaranteed her the part, and she took full advantage of the offbeat opportunity.

“Those are the scenes you wish for as an actor, going from 0 to100 in seconds, from innocent student to serial killer,” she said. “Alison was the first role that showed me how my own personal brand of humor and heart is watchable and exciting. I love bringing that quality, which is uniquely me, to roles that show how women can be really screwed up and still amazingly powerful at the same time.”

Alexander’s gift for weaving subtle ambiguity and blunt force drama together into an engrossing whole is impressive, and Darknet was an important upshift in her already solid roster of theatrical and film achievement. But she doesn’t take any of it for granted.

“Is anyone ever really satisfied with their performance?” Alexander said. “Actors are notoriously hard on themselves and driven for self-improvement, not qualities that foster self-satisfaction. Of course, there were moments in the final cut that I watched and thought ‘oh they chose that take, it’s good, but I can do better.’ I didn’t think that was my best’. But, ultimately, my job is to deliver believable moments and it’s their job to choose which version fits into the story they want to tell.”

“It felt like a truly collaborative experience,” Alexander said. “The directors of the different episodes really treated me like the authority on my character, always asking what I thought Alison would do in a situation. Even the script writers were collaborative. For example, before they signed off on Episode Five they asked if I agreed with the very extreme choice they had Alison make. You can’t ask for a better work environment than that.”

“I had the pleasure of working with Michelle on Darknet,” director Jeremy Ball said. “Michelle stood out for her energy, commitment, and ability to take direction. I also found her to possess a singular screen presence that was at once completely her own and capable of accommodating a scene’s unique requirements.”

Alexander’s work on Darknet, currently streaming on Netflix, instilled a fondness for the small screen format. “It was fantastic,” she said. “The entire crew, creative team and cast were a joy to work with. Also, we laughed a lot when the cameras weren’t rolling, which is key when making any show, but especially a horror show.”

She has gone on to appearances on The Strain and Orphan Black and is eager to take on additional television roles. “I want to play amazing females who viewers can look forward to hanging out with, crying with and watching in awe as they take on the world episode after episode.” Alexander said. “My dream job is to helm my own sci-fi series as a character that’s riddled with flaws but has a killer sense of humor and can kick anyone’s ass.”

At her core, Alexander is a reliable, self-critical craftsman with a driven, pragmatic attitude that serves her very well. “Nothing will ever go exactly as planned,” she said. “So bend your knees, trust yourself and always be in the moment.”