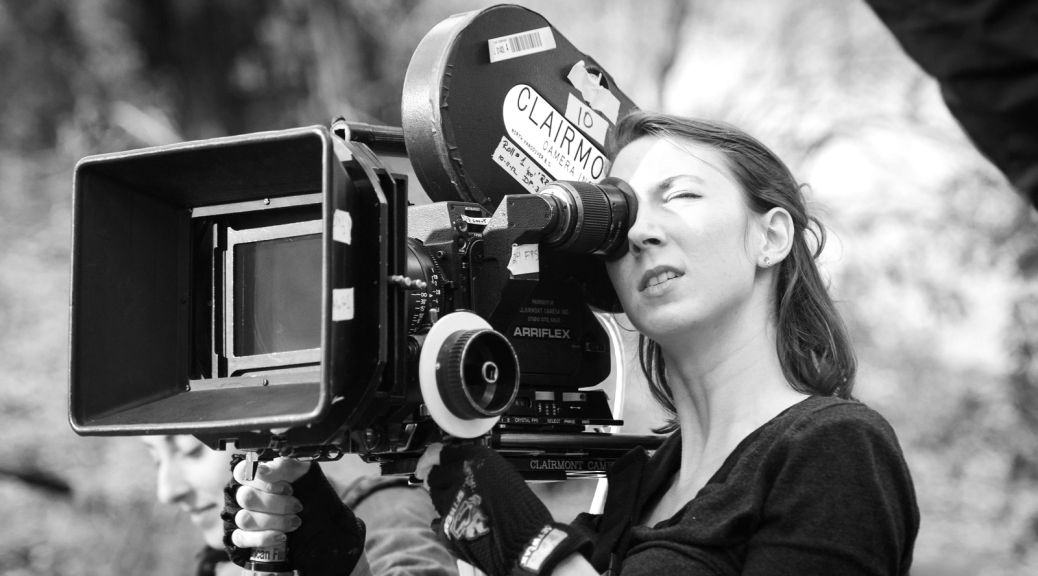 The film You Cast a Spell On Me is about relationships and magic. Movie magic gives us the escapism and captivating storytelling that we all desire. This magic doesn’t happen without the relationships and communication amongst the creative professionals who produce them for our enjoyment. Director of Photography Johanna Coelho’s job title may imply that she is solely focused on imagery but one of the keys to her success is the emphasis she places on communication in filmmaking. No matter what vocation you are involved in, communication may be the most important factor to success. Johanna’s shrewd understanding of this fact and the benevolent manner in which she utilizes it has made her a much sought after DP in the film industry. As a fluent English speaker who was raised on the outskirts of Paris, Coelho has a heightened awareness of the subtleties of communication and how different individuals receive and interpret information. Of course, being from France makes her very aware of romance; which made her the ideal DP for this production. Talent, communication, and a connection with the story being told were the components of the magic that she created for You Cast a Spell On Me.

It’s an obvious statement but, anyone who speaks more than one language has spent a greater amount of time dissecting and contemplating communication. It creates a deeper understanding of your own intentions as well as those of others. Life can be easier or more difficult based on the level of communication. The success of many films are based on the abilities of its creators to establish a rapport with the audience as well as to accurately depict the vision of the film. Fantasy films like You Cast a Spell On Me require someone like Johanna and Tosca Musk (director/producer) who can manifest visuals that don’t exist in our actual world. Speaking about Coelho’s work on the film, Musk declares, “Johanna’s cinematography work on this film was extremely impressive. She lead a full crew in an enjoyable environment and created visuals that were really uplifting to the story. There were also a lot of magic tricks happening in the story, and in collaboration with the art department, she brought these magic effects to life. Almost everything was done practically and it looks amazing; like real magic! She is a pleasure to work with. She was fully committed to the project and the vision I had as a Director. Johanna also was very mindful of the work of other departments, giving them their space when needed but also collaborating with everyone to have a smooth and organized shoot.”

You Cast a Spell On Me is a romance/fantasy film about a young and handsome warlock named Matt. His power is that he can charm women into finding him irresistible, literally. As one can expect, a young man with this power is apprehensive to settle down with one woman. This journey Matt takes towards finding his soulmate and depicts him losing his powers, others gaining powers, and the conflict and happy endings that one finds in romance films. Due to the nature of Matt’s character, many production departments were required to understand and work together to help create the visual “trickery” to produce the action in this film. The responsibilities of the Director of Photography can vary depending on the personality of a director. Some directors like to have a full control of the creative visuals. They have a very specific idea in mind and have a precise shot list with lighting references they want reproduced for the film. Other directors do not really want to (or know how to) deal with the visual part. They just want to focus on the actors. When similar minds meet…Coelho explains, “Sometimes you have a director in the middle of the two previous options, one that will want to share the creative approach with you. It’s a really fun process when this happens because the two of you have imaginative brains talking together about shots and exchanging visual references to find what would be the best for the story. Tosca Musk is that Director, and it was amazing to prep this film with her because we would really support each other in the process. One idea would lead to another idea and so on, giving life to ideas that might have never existed with only one person brainstorming. We were also both very open minded about each other’s input and this really helped the process.”

This template trickled down through Johanna’s ten-person camera crew. This DP makes sure to involve them in the pre-production process (especially the Gaffer and Key Grip) to keep everyone aware of the plan and prepare for lighting, etc. Johanna understands that a happy and respected crew of professionals are more motivated to work and share in a vison than those who are merely “punching the clock”, a mindset we can all relate to and understand. Perhaps one of the most overlooked parts of communicating on set is with one’s self. Coelho reveals, “It is hard to stop for a second, and really look at the frame and lighting and be sure it’s the right setup. Focusing on one thing at a time is very important. If you do everything in order, your job will go much faster. You can switch back and forth between things quickly but each thing needs to be given its own respectful moment. It is also really important to know the blocking of the scene, because you don’t want to start lighting and discover in the middle of a take that your light is in the wrong place for your actor. So following the steps is key. It’s true that with everything going on at the same time, you can get lost in your own thoughts. It happened on one of my early student movies in 2011 at AFI and I was really angry at myself for having lost my point of view on the film. A teacher who watched it pointed this out to me and told me that when he would get confused on set, he would step out into the bathroom, turn the lights off so his eyes wouldn’t get distracted, take a deep breath, and remember what the movie should be for two minutes. Then he would come back on set fresh and clear minded. This is probably one of the best pieces of advice I have ever received. I don’t go hide in the restrooms, but I do step outside into an empty corner where no one is talking to me and take a deep breath and think for two minutes. When I come back on set everything is fine and back in place in my mind.”

While those of us in the audience are blissfully unaware of all the moving parts behind the scenes of the shows and films which entertain us, the talented professionals creating them are always thinking of us and our subconscious desire to not be taken out of the film. None of that would be possible with the oversight of someone like Johanna Coelho. You Cast a Spell On Me was filmed in a staggering fourteen days; an incredible achievement for such a high quality production. This is only possible with someone such as Coelho who is planning out and paying attention to every possible time saving opportunity. Whether communicating with the AD to prep things while waiting for the actors, or planning the lighting so that the post production process runs more smoothly (Johanna states, “Colorist are key and they should have much more recognition as they’re always saving your back and make your work look better. I was happy I could assist in ways that helped the colorist. We would discuss it together for each shot.”).

It’s an obvious statement that every DP needs talent and the eye to find the images which the director needs. There are so many professionals in the world, it is those like Johanna Coelho whose ability to create a positive and efficient environment for filmmakers the set her above the rest. 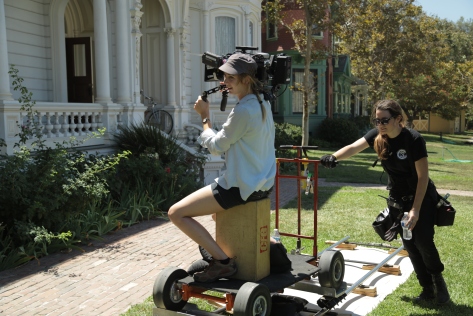