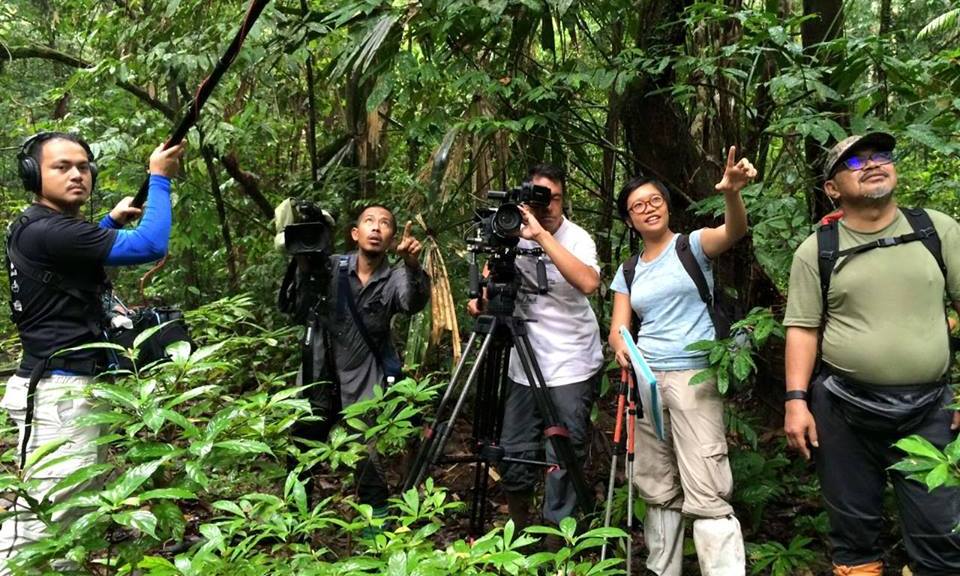 At the outset of her career as a documentary film producer, Dixie Chan made it a long-term goal to one day use her talents to cast a light on an important social issue. For Chan, being a film producer allows her to research compelling people, places, and customs across the globe and share them with interested audiences alike. In her eyes, it is a privilege to be able to take advantage of the social platform that her profession provides her and if she can make a difference in the life or social awareness of even one individual, she’ll have succeeded.

“Being able to tell a good, compelling story that will resonate with people for a long time requires experience, technique, patience and empathy — all elements which I believe can be honed when you are learning and working with the best in the field. During my college years, I started going to film festivals and getting more exposed to independent documentaries and films, many of which were centered around social issues. I became so fascinated by the visual and narrative power of these films and I knew I had to be a part of it,” Chan discussed.

As Chan became more and more involved in the realm of narrative documentary filmmaking, she realized that her dreams to raise awareness about socially charged issues was not at all unrealistic. In fact, she has gone on to work on several documentary films and shows that cast a light on various places and people around the world who share in her desire to educate the masses about important issues, be they cultural, environmental, historical, political, religious, etc. In her role as the producer of an upcoming project, Chan had the unique opportunity to bring viewers inside a world where a group of passionate individuals ensure that China’s ancient trees are protected and its legacy of woodcraft is preserved for prosperity. Similarly, when she acted as the Story Producer for Frontier Borneo, Chan was not only able to work in one of the world’s most spectacular rainforests, but she was able to do so whilst supporting their local environmental conservation efforts.

Frontier Borneo is a Discovery Channel documentary series showcasing a breathtaking, action-packed journey following the lives of remarkable men and women and unforgettable creatures on the third largest island on the planet. Interesting and unusual feats like dealing with home-made bombs in the oceans, exploring uncharted jungles, rescuing endangered animals and coming face to face with deadly creatures are all in a day’s work for the characters featured. Chan was asked to produce this awe-inspiring documentary in March of 2016 and later, when it premiered on February 28, 2017, it became apparent why.

“This project was an especially challenging production that was shot across 6 months in some of Borneo’s most treacherous terrain. Dixie was able to manage production of one shoot, which typically covers jungles, crocodile-infested rivers and seas, while doing the preproduction work of researching and casting of an upcoming shoot, all at the same time. Despite her ability to coordinate different aspects of the production simultaneously, she remains extraordinarily meticulous and hands on at every step and this enabled production to move forward seamlessly with minimal delay,” told Jacqueline Leow, Production Manager, who currently works at Beach House Pictures, one of Asia’s largest media company producing content for the international market.

Not only was she the most experienced producer working on the project, but she also proved to be invaluable to the entire initiative. She has an ability to juggle competing priorities with ease and to logistically map out every task involved with a project to such a degree that other cast and crew members are never left wondering what is required of them. For this particular project, Chan made it a top priority to establish and facilitate effective working relationships with her team, as well as the locals, due to the intimate nature of their filming location. She inspired each and every member involved to treat Frontier Borneo as a passion project, as opposed to an average job. In addition, her experience working in rural areas of China on other career projects gave her an advantage when liaising between crew members and local conservationists. Her adept understanding of Chinese working culture allowed her to bridge any cultural gaps they encountered and helped the planning, filming, and production processes unfold seamlessly.

“The rapport that I was so intent on building with the locals helped immensely in production, from accessing hard-to-film areas to getting information post-shoot, and even getting translators for interviews done in the tribal languages,” Chan reflected.

All in all, in order to make Frontier Borneo the true success that it was, Chan had to immerse herself mentally and physically into this expansive Malaysian rainforest and wildlife sanctuary. Whether they were shooting about marine conservation or mountain marathons, Chan was directly involved and on scene. To be so heavily engaged in such a hands-on Discovery Channel documentary is something that few producers can say they’ve ever done, let alone well enough to earn awards and accolades along the way. For Chan, however, being professionally recognized for her efforts meant little in comparison to the humbling knowledge that she and her team were able to truly celebrate the livelihood and struggles of the selfless individuals fighting to protect our Earth’s enriched wildlife and environment. Acknowledging the heroes of Borneo on such a large, influential scale gratifies her in an indescribable way and served as a safe reminder that she is doing exactly what she wants to be doing with her life.