A proven master of composition who understands that music is key in setting the tone of a film or television series, Gabriel Torrado is one composer who’s in high demand in the entertainment industry today. With an ability to create a piece of music that matches the director’s vision perfectly, his track record of success has led him to work alongside internationally recognized filmmakers and well-known networks from around the world.

Raised in Bogotá, Colombia, Torrado began developing his musical talent at the age of 4 when he received his first violin, a pivotal moment in his life that eventually led him to cultivate his skills on the piano, guitar, numerous percussion instruments and ultimately, writing music. 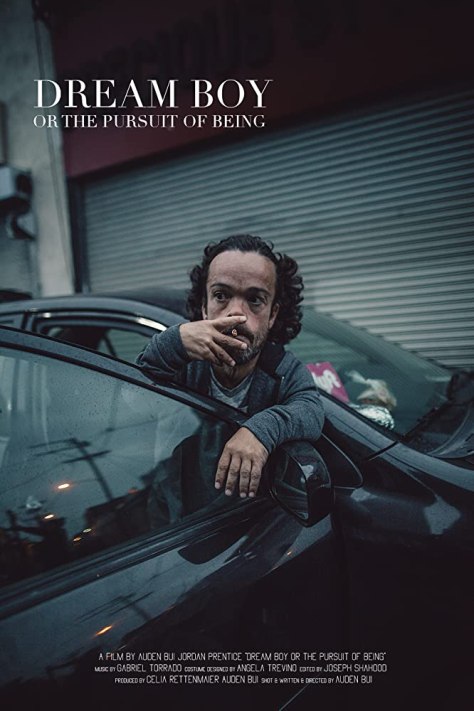 Most recently, Torrado composed the score for Auden Bui’s (“The Lost City of Tomorrow”) dramatic film “Dream Boy or the Pursuit of Being” starring Jordan Prentice from “Mirror Mirror,” “In Bruges” and “Howard The Duck,” and Anna Lore from “Doom Patrol,” “Faking It” and “Training Day.”

Showcased at the 2019 Oscar qualifying Aesthetica Short Film Festival, one of the UK’s leading international festivals, “Dream Boy or the Pursuit of Being” tells the story of George Swoot, a middle aged little person who struggles to catch his big break in Hollywood. Torrado’s score set the perfect tone for the film, with his use of low pulsating beats and the sound of shimmering lyrical pads bringing the sombre character to life in a palpable way.

He explains, “The overall effect that I was trying to achieve with my music was a dreamy, ethereal sound, using a very melodic approach to synth writing.”

The storyline begins with George sitting alone in his car confronted by rejection and sadness. Feeling defeated by society and unable to escape his loneliness, he enters a seedy strip club to find comfort from an exotic dancer.

“I used a high melody of synths to open the scene, and then built intensity by adding more layers,” explains Torrado. “As the dance gets more active, I also include a rhythmic synth that sets a forward moving pace.”

The pivotal moment of the film is when, in a moment of pure desperation, a wrong decision in a dark back alley leads the character on a revenge fueled killing spree. Torrado draws our attention to the film’s climax with a driving heartbeat like rhythm that effectively highlights the action.

“This is a very tense moment, and I wanted to highlight that using a low, pulsing, dark synth,” Torrado adds. “As things escalate, our main character becomes a killer… I marked the action with loud percussive synth hits, which ended up being extremely effective.”

Torrado’s keen understanding of the narrative story and his ability to create rhythms and melodies that drew the audience into the unfolding story were key to the overall success of “Dream Boy or the Pursuit of Being.”

“I think the music has a huge responsibility in film and to me it is fascinating the fact that we are creating worlds and landscapes with music,” says Torrado. “I have always loved music and film, so being able to write music for film is undoubtedly my dream job.”

Over the years Torrado’s work as composer has helped lead countless films to be chosen as an Official Selection at some of the world’s most esteemed international festivals. Earning international acclaim for his work, Torrado was the composer behind the film “The Plague,” which received the Jury Prize at the First Look Film Festival, “Manmade Waters,” which earned the Best Conservation Film Award at the Catalina Film Festival and “Margaux in America,” which took home the Award of Excellence for Female Filmmakers at the Best Shorts Competition.

Not only has Torrado’s musical journey taken him into the lives of intriguing characters and fascinating cinematic stories, but it has taken him across the world, literally.

In 2011 Torrado’s love for music led him to move to the US to study at the world renowned Berklee College of Music, which was ranked No. 3 on the 2019 Forbes list of top schools in the U.S and is responsible for producing notable Hollywood alumni such as John Mayer, Quincy Jones, Charlie Puth and many more who have achieved commercial success in the entertainment industry.

Torrado says, “I always felt profound admiration for classical and film composers, and so once I got accepted into Berklee, I felt very encouraged and decided to pursue a career as a composer.”

Berklee served as a pivotal stepping stone in his path to becoming the powerful composer that he is today. Shortly after graduating he relocated to Los Angeles where he co-founded his own film and music production company, Waking Whale, alongside his brother, film producer and director Federico Torrado Tobón. While Torrado is a proven master when it comes to composing scores for film, he also has a powerful gift for creating the perfect tune to fit advertising projects, which need to catch the audience’s attention quickly.

Through Waking Whale, which specializes in writing and producing original music for advertisements, Torrado has composed music for reputable brands including Mountain Dew, the NBA, Coca-Cola, Spectrum and more.

In 2018 Torrado was tapped as the composer for Spectrum’s FIFA World Cup commercial, which screened across the U.S. for several months during the World Cup and featured an upbeat composition that drove home the excitement of the international competition.

“Gabriel’s music was energetic and celebratory, the perfect composition for a World Cup commercial,” explains Carlos Correa, who produced the commercial. “If the music doesn’t capture the audience they might change the channel and that’s something we cannot risk, so it is imperative that we use effective music, and Gabriel can do that at the highest level.”

Further adding to his success, Torrado’s skill at composing for Spectrum led the brand to rehire him as the composer for three more of their commercials. In addition to composing for film, television and major advertisements, Torrado uses his talent to craft orchestral compositions, which he says, “are the purest expression of my art.”

One orchestral composition that he’s been busy creating is his newest passion project “Serenade for Strings,” which has earned him a place in the internationally recognized Jóvenes Interpretes competition in Colombia.

Torrado shares “The inspiration for this piece came from a yearning to write concert music as well as music for media. I have always admired classical and concert composers so I also wanted to create music for the sake of music.”

Torrado’s knowledge and experience married with inexhaustible passion and drive have cemented him as one of today’s most prominent music composers. Whether it’s a catchy advertisement jingle or a nail-biting thriller, Torrado fuses emotion into every piece of music he creates, which has helped pave the road to success for every project he’s worked on.