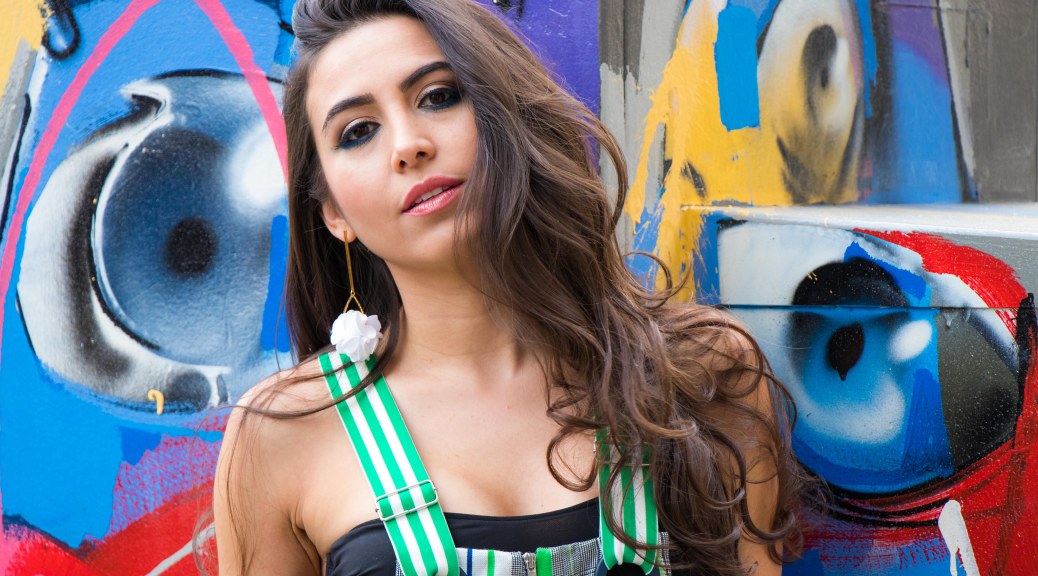 Hailing from the small town of Don Matias, Colombia, Juliana Betancourth dreamed of one day becoming an actress since she was a little girl, and today is one of the country’s most recognizable stars. She has worked alongside renowned talent and greatly contributed to the success of celebrated productions like Therapy and Bite! as well as working with some of the world’s most recognized brands on national commercials, like Walmart.

Extending her talents to music videos, Betancourth knows how to captivate an audience within the few minutes of a song. One of her career highlights was teaming up with hit hip-hop artist Casso Blax on his video “How to Treat a Woman.”

This video was published on platforms such as The Link Up, YouTube and other download platforms. It was presented on musical channels and had a great reception in the European urban genre. After this success, Casso Blax was hired to perform in different places and cities. This song is also found on Spotify and iTunes.

You can watch the video here, and in the meantime, check out the interview below.

TTN: Why did you want to work on this project?

JB: After having worked in television, cinema, theater, and commercials … the only thing I was missing was being in a music video. Maybe because I never wanted to be in one before, I felt it was more modeling work than acting … and wow I was wrong!

When Cris Samuels, the director, looked for me through my agent, he told me about the great reception Casso Blax had in the United Kingdom, and he explained that the message of the video dignified women and love.

I felt that this could be the ideal project for making my first music video. Later I would make two more videos in Los Angeles for other artists.

TTN: How did you become part of it?

JB: Cris researched my career in Colombia and Spain and  knew that I had just arrived to live in London, so he looked for me. In England, there is no strong Latin presence, so they still see women from Latin America as very exotic.

This was precisely the kind of character he wanted to show. Someone who had good chemistry with Casso Blax but who in turn contrasts racially. We had a couple of meetings, he introduced me to the artist, we did camera tests, we went to see him sing live at an event. I met his work team and his followers. They really wanted me in the project and I was convinced that it was the right one for me to break into music videos for the first time.

TTN: What was it like working with Casso Blax?

JB: He is an artist in his genre. He composes the lyrics of his songs, the music, makes live presentations. We had a very professional and respectful deal, he was very praised for the fact that I wanted to work on his music video and that I also like his music.

It was essential that we had trust and respect between the two of us, because as an actress I need those spaces to be able to do my work, especially in sensual or romantic scenes.

Casso is a singer who has had to fight a lot in his life to achieve success, has overcome the barriers of racism and an elitist industry.

TTN: What was it like working on this project?

JB: Due to the previous meetings, there was already a friendly chemistry between all of us, so the shooting day was very simple, Casso and I got in front of the camera, the song started to play and we did what we were feeling.  If I wanted to dance towards him, or embrace him, while he sang or interacted with me, I did so naturally.

The directions of the director were very simple, he did not want to interfere with the organic moment, and wanted the interaction to feel natural. I always avoided accepting sensual woman projects, specifically to avoid stereotypes, but as I said before, their argument convinced me.

JB: I was Casso’s official girlfriend in this video, the woman he chooses over all other women, the only one who can seduce him, and with whom he wants to spend his time.

A Latina woman with sensual movements, loving, powerful and fragile at the same time. It was a very organic character, the perfect balance between that seductive woman we all carry inside, and the woman who falls deeply in love with his masculine and protective figure.

TTN: How did your character fit into the story of the video?

JB: The whole song is written around her, that character that should be his queen, who does not have to compete with anyone else for his love. It shows Casso rejecting the seductions of the other women, but not those of my character. He talks about how he should treat her well so that she stays with him all her life.

In addition to acting skills, I had to have skills for a specific dance, sensual, but not vulgar. I needed to know how to express the rhythms of this song with movements.

TTN: What did you like about working on this project?

JB: From the beginning I liked the way Cris approached me, inviting me to meet the artist first, his music, his followers, he was in charge of showing me the music record support that Casso had and the recognition in his industry.

We were a couple with chemistry and my participation could open doors in Latin American countries and Spain. The recording was very easy and quiet, without many shots, everything was very fresh and I felt very comfortable. It’s a song that I liked. The admiration, in this case, is a determining factor for me.

TTN: What do you like about the video itself?

JB: Urban music has been sadly characterized by having misogynist lyrics, in which it is socially accepted to denigrate women or to advocate that men may have several women. This song says the opposite, speaks of monogamy, to value the woman you have, to be a true man. And this is more in alignment with my way of thinking and my values.

For the other two music videos that I have done “Déjame Ayudar” by JC Gonzales and “Si me dejas Ahora” by Fernando Rodríguez, they have been songs that defend the empowerment of women.

TTN: How does it feel knowing the project has been such a success?

JB: Knowing that my image has been going through all these European music platforms is very rewarding, as it is seeing that Casso’s career continued to rise after our video together. I never imagined that participation in a music video could bring me so many other projects. Blax fans, for example, became fans of mine and they now follow my work.