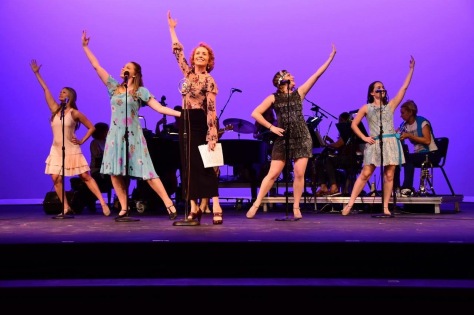 In case you aren’t aware of it, vinyl outsold downloads last year and are posed to repeat the occurrence this year. That might seem counterintuitive to most readers. It’s easier to access a download and you get to pick out the specific parts that you desire rather than purchasing the entire product. What this trend tells us is that the public is beginning to realize what they forgot, that there is a difference. This same template can be applied to live theater. There is something about the experience, the sound, the energy, and obviously the momentary performances that are created by the entertainers who take part in this classic medium. While Broadway has never gone away, the plethora of touring companies that used to blanket the country and beyond have dwindled. As with vinyl, the “real” thing is starting to make a resurgence, much to the delight of an excited public. Entertainers who can do it all, such as Canadian Karlee Squires are more in demand than in decades. It takes great talent, commitment, and a love of the uncertainty of each performance that drives Squires and this new generation of talented live performers who act, dance, and sing. Even Hollywood and television is taking part in this trend as more and more productions of this kind are seen on both the big and small screens. For Karlee, this is simply more proof that the path she has chosen was well worth the effort it has taken.

“Sugar” is based on the classic comedy “Some Like It Hot” starring Marilyn Monroe, Tony Curtis, and Jack Lemmon in 1959. The music for “Sugar” is by Jule Styne, lyrics by Bob Merrill, and the book is by Peter Stone. Set in 1920’s Chicago, the story follows two unemployed musicians, Joe and Jerry, who witness the St. Valentine’s Day Massacre by Spats Palazzo and his gang. The boys go undercover to get out of Chicago, dressing as women and joining an all-girl band, Sweet Sue and Her Society Syncopators, who are travelling to Florida. Joe takes the name Josephine and falls in love with the band’s singer, Sugar. Meanwhile, Jerry (now Daphne) catches the attention of a wealthy, elderly man named Osgood Fielding, Jr. Karlee appears as Mary Lou early in the plays as Mary Lou leaves the band, figuratively opening the door for Sugar. As proof of her talent and malleability, Squires then appears as Olga and stays in this character for the remainder of the play. In a particularly hilarious scene, while on the train to Miami for the band’s gig, Olga asks Jerry/Daphne to help her fix the bra strap that fell down her shirt. Jerry/Daphne has to reach down her shirt, fumble around until he finds it and tie it back together. It’s a featured comedy skit in Sugar and goes on for quite a few minutes. The character Olga is unaware of what’s happening, as Jerry/Daphne is having too much fun, and the audience roars with laughter. The show heats up when Spats Palazzo and his gang show up in Miami and figure out that the girls are actually boys. 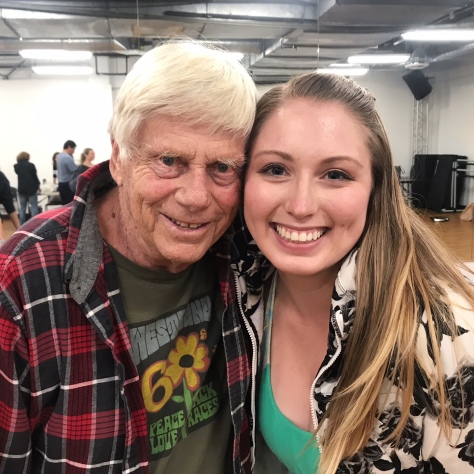 Squires performance in “Sugar” belies the curt amount of time she had to prepare. She had twenty-five hours to learn script, blocking, and choreography. The nature of theater is that it can often change at a moment’s notice which makes being a quick learner a substantial attribute. The intensity of learning so much so quickly was offset by the pleasure of being surrounded by an incredible cast and crew. Two time Tony-award-winner Robert Morse shared his stories of performing with the cast and gave direction and encouragement to Karlee during the play’s run. Producer/Production Coordinator Eileen Barnett notes, “It was hard not to notice Karlee; there she was on alongside actors from some of the biggest stages in the world, from Broadway, to the West End to national tours; some even being Tony and Drama Desk nominated, and she was enchanting. She is mature beyond her years. Karlee does all of the preparation and rehearsal that any consummate professional does but she is also always looking for a new way to add something. She has talent and drive which is an outstanding combination; one which was very evident to all of us in Sugar.” 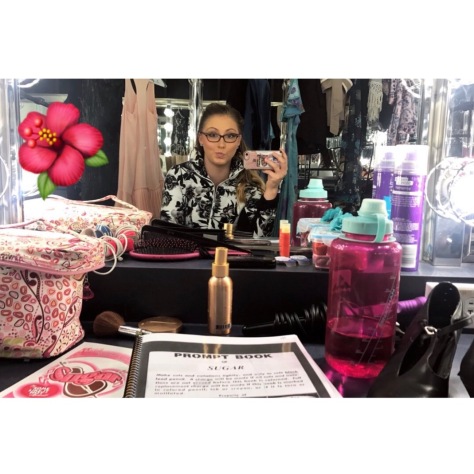 The method for any art form, including musical theater, to move forward is by using one’s talent to push yourself forward by learning from those before you. Karlee Squires is surrounded by her peers and those of legendary status of previous decades. Enabled with a skill set that encompasses the heart of the great musical theater tradition, she is on the forefront of the new generation that carries the torch into the modern era and its productions. As the attendees of “Sugar” can confirm, it’s going to be exciting to watch.