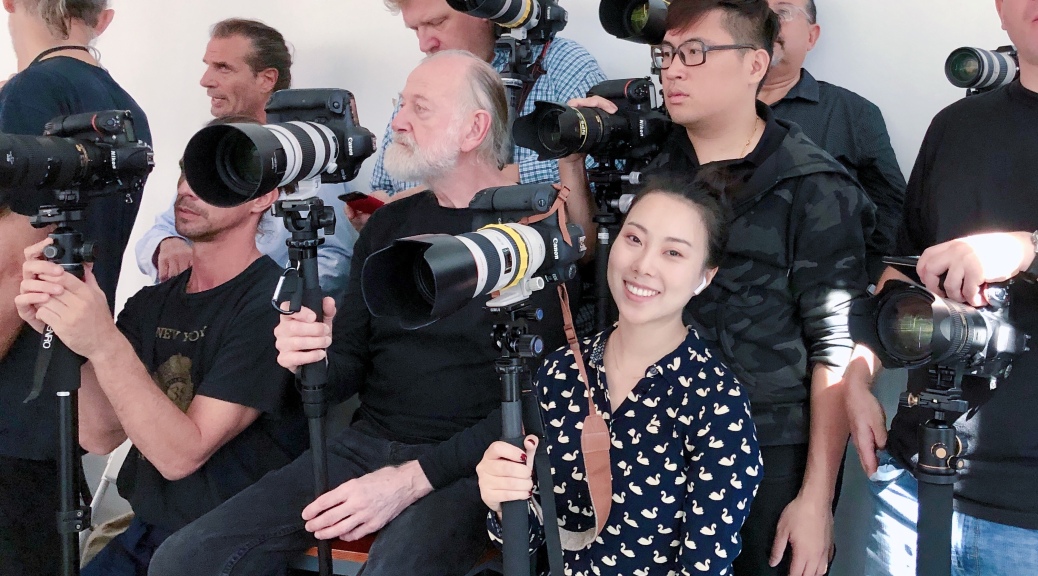 Standing ready to capture the magic of any moment, Chinese photographer Jiayi Liang is always looking for her next shot. With professional experience spanning years of brand campaigns, documentary filmmaking, and high-profile fashion photography, Liang has proven that no subject is outside of the scope of her photographic prowess—which she has been cultivating for a lifetime.

From a young age, Liang was encouraged to explore her natural proclivity for visual arts by her mother, who was herself a painter. Growing up in this artistic environment gave Liang freedom to creatively interpret the world through her own eyes. She soon became engrossed in motion pictures, and began her relationship with photography during high school. Since then, she’s never stopped shooting.

Of course, there are many people who take up photography as a hobby or a means to capture memories. Liang, however, became obsessed with understanding the craft and its nuances; with mastering the interplay of light and shadow; and with capturing emotion to eternalize the moments she experienced.

“When you view a photograph, you can experience the feelings of that moment, even after many years,” Liang mused. “I think the meaning of photography is very important—it is a medium through which the moment becomes eternal.”

Since receiving her Master of Fine Arts Degree in Filmmaking and Cinematography from the New York Film Academy in 2014, Liang has professionally expressed her philosophical approach to photography across an impressive array of projects spanning multiple high-profile industries in New York City.

One of Liang’s more recent and prestigious career accomplishments was her coveted role as a photographer at the internationally-renowned and highly exclusive New York Fashion Week. Each year at New York Fashion Week, more than 250 of the industry’s top designers gather to present their latest collections with the world. Attendance to this high-profile event is by invitation only, and press credentials are given out on an extremely selective basis. Due to the merit of her work, however, Liang was one of the incredibly talented photographers chosen to shoot New York Fashion week.

“Being invited to photograph New York Fashion Week felt like a rare opportunity to document history,” reminisced Liang. “It was also a chance to glance into the future of the fashion industry by photographing the next quarter’s trends.”

In addition to her undeniable ability to convey the attitude and grace of high fashion through her photography, Liang also has a proven track record of helping big brands bring their vision to life. Suki Eyewear and Mott & Bayard Eyewear, two of the biggest eyewear brands in New York City, called upon Liang in 2018 to manage their photo shoots, promotional video shoots, and lookbook creation on an ongoing basis.

“Jiayi Liang often finds different perspectives and gives her images new meanings,” said Kenneth Ma, Owner of Suki Eyewear and Mott & Bayard. “Each time I finish working with her, I look forward to starting our next project together.”

Through her years at this position, which she currently holds, Liang has earned nothing but praise for her work, which includes seven campaigns for the Suki Eyewear and Mott & Bayard brands. By using her fresh and unique perspective behind the camera, Liang has been able to capture the very essence of these brands and portray them in a natural light, resulting in a win for Ma’s business.

“I’ve been using the images and footage Liang created everywhere for my stores, websites and social media,” mentioned Ma. “I saw a big impact for both of my brands after the photos and videos were released.”

Liang doesn’t just lend her talents to big clients—she also believes in making an impact in the lives of young artists. Since 2018, Liang has been a photography instructor at the Rising Star Photography Society, a photography club for teenagers based in Princeton, New Jersey. Beyond just teaching technical skills, Liang aims to ignite a long-lasting creative spark in her students.

“It is very important to create the right environment for younger kids, because anything could unexpectedly influence them,” said Liang. “Teenagers have incredibly interesting thoughts and ideas, so I encourage them to practice and explore.”

As Liang continues to push her craft forward, both as an artist and a professional, the lens through which she interacts with photography expands to include new skills and perspectives. With an already inspiring portfolio and list of career accomplishments, Jiayi Liang is poised to capture the imaginations of not only her clients, but also her students and anyone fortunate enough to appreciate her body of work.