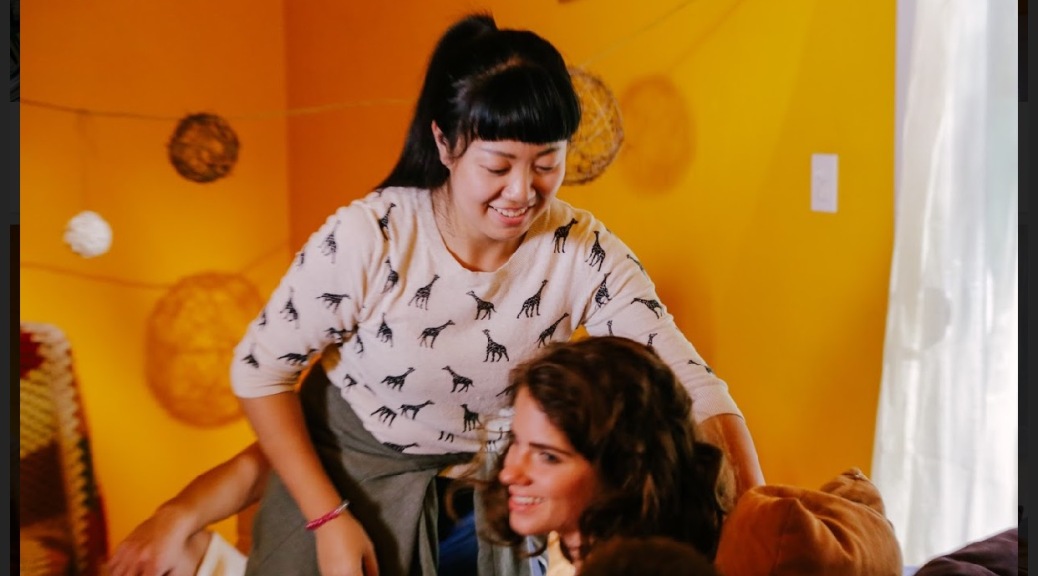 Making something from nothing is what all filmmakers achieve every day. They are creators, they are storytellers, and they are artists. Shuhe Wang knows this well. She takes the pages of a script and transforms them into sets. She creates a visual world, turning each nothing, such as a meaningless prop, into something, creating a masterpiece. She is a one-of-a-kind production designer.

While working on films such as Stay, Dancing for You, Red String, and Cartoon Book, audiences were given the opportunity to see Wang’s ability to transform a drama into a completely immersive experience, making it evident why she is considered one of the best. However, this past year, Wang has brought her extraordinary talent to a new genre: horror. Working on the film Inside Linda Vista Hospital, Wang’s production design skills were on full-display, helping to fully immerse audiences in the terrifying story.

“This is a classic horror style film, so I focused more on how to show and even amplify the emotion and tense by color, texture and overall set dressing. Even each small prop can be an important storytelling step. That quite an adventure for production designer,” said Wang.

Inside Linda Vista Hospital tells the story of a young girl who wakes up in a hospital surrounded by police covered in the blood of her boyfriend. With the help of a video camera, she slowly pieces together what happened, and she may not like what she finds.

“Horror stories are connected with our real lives, but with different point of view. I needed to find and create the elements to scare the audience and keep the emotion of the storyline in the right place, and at the same time the elements should make sense in the world. Color and tone are always the most important parts in designing a horror story. Even a tiny subtle difference would affect the whole feeling of the set,” said Wang.

“Horror story is always a popular style, but there are a bunch of these type of films that are terrible when it comes to actual storytelling, that is what divides a good horror film from a bad one. This film is a good one because it shows a tense, strong and simple story, which perfectly matches the horror genre, so I think the film totally deserves all those awards,” said Wang.

The production design directly contributed to the film’s success. She had to design in accordance to many special effects and stunt work, and the film is set in a true historical building, and the cultural importance of this influences the story in an important way. To make the set highlight this, she researched and applied this to her work.

“It was a dramatic and kind of emotional showing story. I watched a lot of classic experimental and psychology films to get more inspiration and insight into how to let the audience feel the inner world through the production design,” said Wang.

This commitment to both the genre and the film impressed all that worked alongside Wang on Inside Linda Vista Hospital. The director, Jun Xia, knew no one else could do the job but her.

“Working with Shuhe was a great experience, she was familiar with each of the details of the whole story, and her plan for working was effective for the shooting process. Shuhe is sensitive with color and designing, and she knows how to create and decide the correct textile and color to present the emotion. That is actually a really important part of the horror genre,” said Xia.

Xia approached Wang to work on his film, knowing he needed the best to make the film the success that it eventually became. When he sent Wang the reference of the visual style, so knew she wanted to take part in the project, as it was quite similar to the style she always loves.

“I felt confident and interested in designing this film after talking about the film and the story. Jun is a talented horror film director, he is always enthusiastic, and he is really insistent on what he wants which is good for making a great film,” Wang said. “What I really liked was how I could see how the set dressing worked so well when the lights and performance came together. It makes the visual complete and seemed like we accomplish the original idea of the director.”

There are many nuances to production design that are easy to get lost in the big picture of a film, but with Wang as the designer, audiences are sure to take in each and every part of it.