From the sound of his voice you would never guess that the multi-talented actor Ray Emodi grew up in Nigeria. His ease with the American dialect is only one of his many talents, but it is a feature that makes him highly sought after in the United States film industry. While Ray’s work spans many genres, he excels at them all. His role as Parker Stone in the film You Don’t Say is one that puts his incredible comedic skills on display for the masses. A film which Ray also wrote and directed, You Don’t Say follows two stoned kids in the hood who, after failing to pay back a heavy-hitting drug dealer named Big Mac are given the option of dying for their debt, or taking on a day of errands on behalf of the ruthless dealer. They choose the errands obviously, and as a result they find themselves in a long list of unusual situations that lend for a great comedy.Ray plays a much heavier role as the lead in God’s Own Villa, a film by award-winning director Omar Monge. Ray’s character, a depressed agoraphobic who spends most of his time alone in a dark apartment browsing the internet and making artsy scribbles on the walls, is coerced to leave his house after meeting a girl on the world wide web. Ray’s portrayal of the struggle one faces when dealing with a phobia most outsiders do not understand was so impeccable that the film was chosen as an Official Selection at the Los Angeles International Underground Film Festival. Ray is a highly skilled and well-trained performer whose ability to play a myriad of characters exists without limitation. In the action-packed thriller Lies Hidden in the Truth Ray plays Mr. K, a methodical leader of an assassin’s organization who gets the job done every time. The film, which was written and directed by famous Beverly Hills 90210 director Gilbert Shilton, is a masterpiece that pits action alongside mental manipulation and deceit. Ray has several upcoming films including Jake Armbruster’s film Animus, which will premiere at the prestigious Toronto International Film Festival in September. In the film Ray plays the leading role of Officer Wright, a godly man who is left questioning his faith and integrity after he has everything taken from him. One of America’s hottest new additions, Ray Emodi is a one-of-a-kind talent who has wowed audiences from both stage and screen, and shows no signs of stopping!

The Canadian actor Evan Riley-Brown first became the talk of the town in his native British Columbia, Canada, after successfully completing an impressive comedy tour with the well-known improv group Full Frontal Improv. While reviews of his improv work have highlighted him as a quick witted comic in papers across British Columbia, Evan’s talent for acting extends far beyond that of the improv.

The now well-known star began perfecting his craft while he was still learning to walk. Evan’s journey into the world of acting began with the play “Goldilocks and the Three Bears.” Although he was only three years old at the time Evan had already developed his own personal flair for the stage. “I remember coming on stage and then I spoke in this weird deep, demonic voice, it was a choice I made last minute because I thought since I am playing a father bear I should change my voice,” says Brown.

Leaving his boyhood behind, Evan’s unyielding ability to forget his inhibitions and push the limits with his characters has remained strong. “I really enjoyed playing ‘Eben’ from “Desire Under the Elms” by Eugene O’Neil. The play is just so beautifully tragic and I loved playing characters that are intense and tortured and the play has it all- love and hate and the stakes are incredibly high,” said Brown.

Evan’s magnificent performance as ‘Newt’ in the stage production of “Playing with Fire” directed by Oscar winner Milton Justice unleashed a whirlwind of emotions within the audience. A happy go-lucky painter who comes to discover his wife and best friend are in love with one another, the starring role of ‘Newt’ required Evan to dig deep into his bag of emotions.

“It takes an actor with exceptional ability to properly embody a character in such a complicated and uncomfortable situation. This is precisely why Evan was cast in the role, because he is a well-known actor with the ability to display a wide range of emotion,” said Director Milton Justice.

With a series of starring roles in heavily publicized theater productions already under his belt, it is Evan’s work on the silver screen that has really put him on everyone’s radar.

As fans of the Netflix hit Video Game High School already know from his role as the ‘Annihilist’, Evan’s versatility is impeccable. Showing no signs of his gentle, small-town nature, Evan was able to seamlessly embody the bully of the story through and through. Although Evan’s character inVideo Game High School was initially written for one episode, his performance was so compelling that the production team went back to the drawing board and chose to incorporate him as a reoccurring character.

Evan is also slated to star as ‘Kaleb’ in Victor Trevino’s upcoming biography film Spit. Spit is a coming of age tale based on real life events that pits a group of neo-Nazis against a group of punks in a war for individuality. The recent release of the film’s trailer has created quite a lot of buzz about the film with various publications referring to it as the next American History X. Stay tuned for Evan’s role in this incredible film! 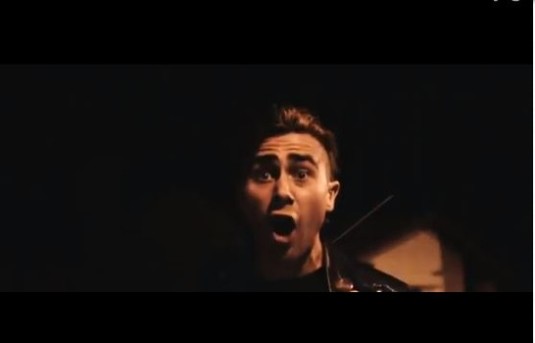 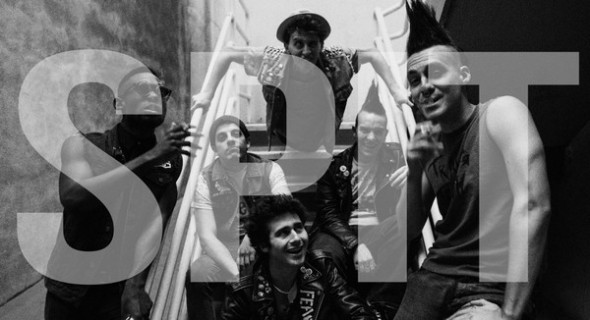