Hailing from Sydney, Australia actress Natalie Page has created a dazzling reputation for herself as a uniquely talented performer whose dynamic character portrayals continually leave audiences wanting more. Over the past three decades Page has amassed an impressive repertoire of work that spans both the stage and screen, with each character she takes on shedding light on the multi-faceted nature of her craft.

In the world of network television fans will immediately recognize Page from her critical roles in the Awgie, Logie and AFI Award winning crime drama “Water Rats,” the long-running series “Deadly Women,” “Australia’s Most Wanted,” “White Collar Blue” and more.

Page discovered her passion for performing early on in life. Driven to take her craft to the next level she began studying at Sydney’s renowned Genesian Theatre Company in her youth, where she immersed herself in Chekhov’s vast repertoire of work.

Early on in her career Page put her flare for the art of seduction on display in the critical role of a sultry mistress in the hit romantic drama “Home and Away,” which has earned a whopping 26 Logie Awards and six Awgie Awards to date.

In the series “Water Rats” Page struck a chord with audiences with her performance as a hostage fearing for her life. Sharing the screen with Astra and Logie Award winning actress Catherine McClements (“Tangle,” “Rush”) and Film Critics Circle of Australia Award winner Colin Friels (“Tom White,” “Ground Zero,” “Malcolm”), Page held her own acting alongside Australia’s best without ever missing a beat.

Her ability to tap in and embody the fear one feels when trapped in a situation where the question of whether she will live or die lays in the hands of a desperate criminal landed her another critical role as a hostage in “Australia’s Most Wanted,” which aired on Australia’s Nine Network, one of the two highest rated networks in the country.

Page’s incredible range has allowed her to portray the victim as believably as the villain, something she proved when she took on the starring role of Marie Noe in the popular series “Deadly Women” episode “Murder of Innocence” narrated by Lynnanne Zager (“Hotel Transylvania 2,” “Transcendence,” “Kung Fu Panda 3”).

A Philadelphia housewife who gave birth to 10 children, with two of them dying at birth and the other eight dying under suspicious circumstances, which turn out to be caused by her own hands, as she admits to strangling them nearly 30 years after the fact.

The way Page taps into this sinister, real life character, mastering Marie Noe’s Philadelphia accent and embodying the character’s mannerisms on screen not only makes the story that much more believable, but one that undoubtedly sends a shiver up the spine of all who watch the episode.

The actress admits, “I like a project that will present a challenge and one in which I can bring something unique to the role.”

While Natalie Page has left an indelible mark in the minds of audiences through her on-screen roles, she’s made just as powerful of an impact through her performances on stage. In 2014 she took on the starring role of Millicent in Brett Garland’s revival of “Estranged” staged at Sydney’s Tap Gallery theatre, which debuted in Australia during the Mardi Gras Festival.

Written by renowned playwright Jason Charles, “Estranged” brings to life the story of a dysfunctional family who comes together for the wedding of one of the sons while exploring themes of sexuality, societal acceptance and the way judgement can divide us from those we love. The mother of the son to be wed, Page’s character Millicent is the divisive force who causes the original rift in the family decades prior when she passes harsh judgements on her sister and subsequently banishes her and her son from their lives. As the drama and tension plays out over the course of the nuptials, we see Millicent and her sister engage in malicious attacks against one another, with Millicent going as far as to slap her sister in the face in front of everyone, a challenging move that Page pulls of with precision.

Page explains, “The reason I liked this role is because my struggle to accept such a mean spirited person was vast– I had to overcome this and be prepared to allow people to see me in a very ugly light, even slapping my sister across the face… When I completely surrendered to the role my work flourished.”

It comes as no surprise that the production received rave reviews across Australia as Page gave a phenomenal performance as the mean spirited Millicent in a portrayal that made her character one who is easily loathed by audiences.

While Page’s acting skill and commanding presence on the stage and screen have made her an easy fan favorite, these qualities have also been a huge draw factor for high-profile companies across the globe who have cast her as their lead actress. In 2014 she starred in a commercial for the popular Australian noodle company Maggi, and most recently she landed the lead role in a commercial for Australian Seniors Funeral Insurance, which is currently airing nationally across Australia.

Hollywood has no shortage of beautiful actors who first began their careers in the public eye as models. Ashton Kutcher, Cameron Diaz, Katherine Heigl and Josh Duhamel all come to mind, and right along with them is Canadian beauty Ashiko Westguard. Growing up in the small town of Innisfil in Ontario, Canada, Ashiko was scouted by Next Models at the age of 18 and that is when everything really began taking off for her.

About signing with Next, Ashiko recalls, “They were amazing, one of the best if not the best. It was this hot fresh agency that had an amazing list of models. I was always told since I was so short not to expect to travel and do major runway shows or campaigns or even to travel to certain markets. But that did not faze me. I knew I was going to do all those things.”

Her career as a model has taken her around the world several times over. An exotic beauty by anyone’s standards, Ashiko knows just how to use her looks and express emotion with her eyes to meet whatever a client needs; but even before becoming a model, Ashiko’s sights were set on acting.

She explains, “As a child I always dreamed of being an actress. My family had no idea what to do with me but my mother did enroll me into a theatre group. I had such a hard time overcoming being shy yet I wanted to be an actress more than anything. I laugh now at how silly that sounds but somewhere, somehow, I got over being shy.”

Ashiko first began honing her skill as an actress in the theatre in her youth, and despite having an incredibly busy modeling career, she has always found the time to take acting classes in order to perfect her craft.

Shortly after “Painkiller Jane,” Ashiko landed a role on the series “Kaya” acting alongside Danielle Savre from “Heroes” and “Hollywood Heights,” Mike Dupod from “X-Men Origins: Wolverine” and “Man of Steel” and Cory Monteith from “Glee.” 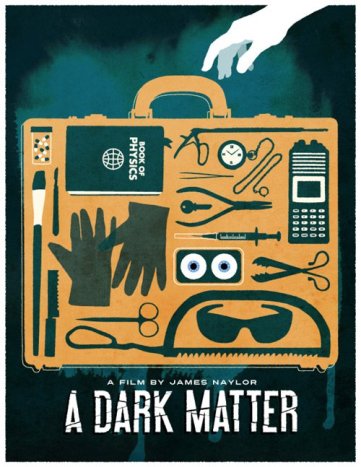 The role she has become best known for over the years however, was the critical role of Eve in the sci-fi crime thriller “A Dark Matter” directed by James Naylor (“Under the Bridge”).

Produced by Film Folks, “A Dark Matter” follows Angus, played by Daniel Briere (“The Parent Family,” “Antony and Cleopatra”), a talented but tormented artist whose girlfriend Laura, played by Shauna Bradley (“Hemlock Grove,” “Nikita”), leaves him without warning, the main catalyst in a chain of events that ultimately lead him into a dark underworld where he encounters a demonic mix of unsavory characters.

In search of answers to why she left, Angus discovers that Laura harboured a dark secret that ties her to The Albino, played by David Tompa (“The Conspiracy,” “The Returned”) and Ashiko’s character Eve.

While Eve at first appears to be a tool of seduction used by The Albino to distract Angus from his missing girlfriend, over the course of the film we begin to realize that devious Eve may just be the mastermind behind Angus’ slow descent into insanity, and the person who murdered his girlfriend.

“Playing the femme fatale character Eve was very interesting. She was so vulnerable and dark and beautifully complicated. I feel like during the filming I really took on Eve in my life. I was happy to finish filming though. Eve was evil and used people as pawns… It was hard to be her for a few weeks… especially with consecutive night shoots,” explains Ashiko.

Regardless of the challenges though, in the end Ashiko’s portrayal of Eve was the standout performance of the entire film, unforgettable to say the least. The raw energy she brought to her character, and the way she seemed to effortlessly exude Eve’s dark and evil nature was enough to send a shiver down the spine of even the most jaded viewer, which makes it easy to understand why the actress was happy to release her character back into the story and return to her charismatic and bubbly self after the filming was over.

In addition to making her name known in film and television, Ashiko has also been a featured actress in several music videos over the years, including Crazy Town’s video for their hit song “Come Inside” off the album “The Brimstone Smugglers.” Released last year the music video for “Come Inside,” which garnered thousands of views on YouTube and was featured on The PRP, Pop Deflators, Metal Nerd and several other high profile music outlets, reveals Ashiko once again as an undeniably sexy vixen with a dark side on screen.

One area where Ashiko has brilliantly blended her work as a model and an actress has been as the lead in commercials, and she’s done many. From major roles in globally released commercials for Axe Deodorant to nationally released commercials for Honda, May Company, Workopolis and Leons in Canada, and those for Sony Ericsson and Nikon, which aired nationally across the U.S., Ashiko has proven her skill to immediately captivate an audience and leave a memorable impression in their minds every time.

In 2014 Ashiko was the lead actress in Old Spice’s ‘head to toes’ stairs commercial, which aired thousands of times across the country and followed a robot who claims to love human women, so naturally he uses Old Spice to smell more like a human man.  Not only does Ashiko look dolled up and dazzling in the commercial, but she plays her role so believably anyone would believe that robot or not, Old Spice products are enough to get the girl of their desires.

With beauty, charm and an impressive range on screen, Ashiko Westguard is one model turned actress that we cannot help but love.