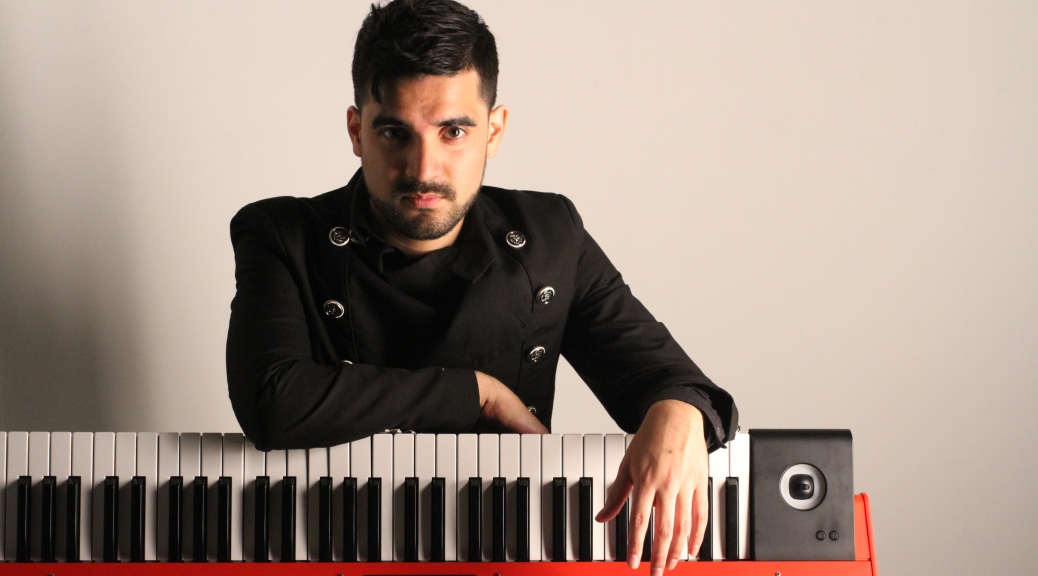 Jose Roman is a true musician. He doesn’t just enjoy music, he lives it. He breathes it. He feels it. When his fingers touch the keys of a piano, he is alive, and when one listens to his music, they are alive as well.

Despite working on many successful projects and working alongside many artists, Roman’s claim to fame is with the progressive/alternative rock band Daphne’s Roots. Besides playing the keyboard, Roman writes songs and arranges high quality keyboard parts to the musical ideas of the other band mates. Once these ideas are polished, and the songs are completed, he is an outstanding studio musician, bringing his ideas to life. He always consistently delivers versatility and a wide range of musical abilities.

“Working with Jose is an amazing experience. He is so full of energy and creativity that makes you feel good and motivated. He is a top-notch player which makes him extremely reliable. He has an extensive musical knowledge which is very useful. For instance, we wrote together some percussion arrangements and he always surprised me with his creativity and talent,” said Felipe Restrepo, drummer of Daphne’s Roots.

In 2012, Daphne’s Roots released their first album titled Enter the Voyage. Being the founder and main songwriter for the band, it was Roman’s idea to start working on the ambitious project. For a long time, he had the concept of the album in his head. It is the first part of an epic story, told through different songs. The album was the breakthrough for the band, and to this day, one of the most exciting experiences of Roman’s esteemed career.

“It was extremely exciting and thrilling to work on this project all the way through. From the writing process to the studio time, the motivation to deliver an amazing album was always there. The atmosphere on the studio was always electric and inspiring. I would write new songs and then show them to the guys and then we would work on them all together. It was an unforgettable experience and we are very proud of the result we accomplished,” said Roman.

As the founder and leader of my band Daphne’s Roots, Roman motivated my band mates to start working on this project. They had a repertoire of songs that they played together, and together they choose the best songs and wrote even more in order to develop the album. Roman’s role, in addition to playing the keyboard on every track, was to write the remaining songs in order to complete the first part of this concept album.

The album ended up being a large success. Not only did fans love it, but upon its release, Enter the Voyage was awarded “Best Album of the Month” by the popular radio show La Zona del Metal.

“We were very gladly surprised and honoured to know our album did so well. It is always gratifying to know we connect with many fans as possible with each project we release. We are very grateful to be recognized by this prestigious radio show that we admire very much,” said Roman.

None of this could have been possible without Roman’s contributions. Daphne’s Roots is a very keyboard driven band, and it was very important to get that part of the album right. There are a lot moments on multiple songs where sometimes the keyboard is all by itself, responsible to evoke a very emotional part. Without the presence of the keyboards on this album, the structure and sensitivity of the songs would not have worked.

“Still to this day, I hear a lot from fans that the keyboard parts are their favorite parts of the songs and that is very rewarding,” he said.

The best part for Roman, however, about working on Enter the Voyage, was not the awards or the fan reaction, it was getting to work alongside his friends, doing what he loves.

“One of the most gratifying experiences about working on this album was writing a couple of the songs with my good friend and band mate Manuel Sambour, who is the main singer and lead guitar player. The way we complemented each other was rich and creative. This is true not only with Sambour, but with the rest of the band as well. The chemistry in this band is very powerful and I believe that is the main key element responsible for this project success,” he concluded.