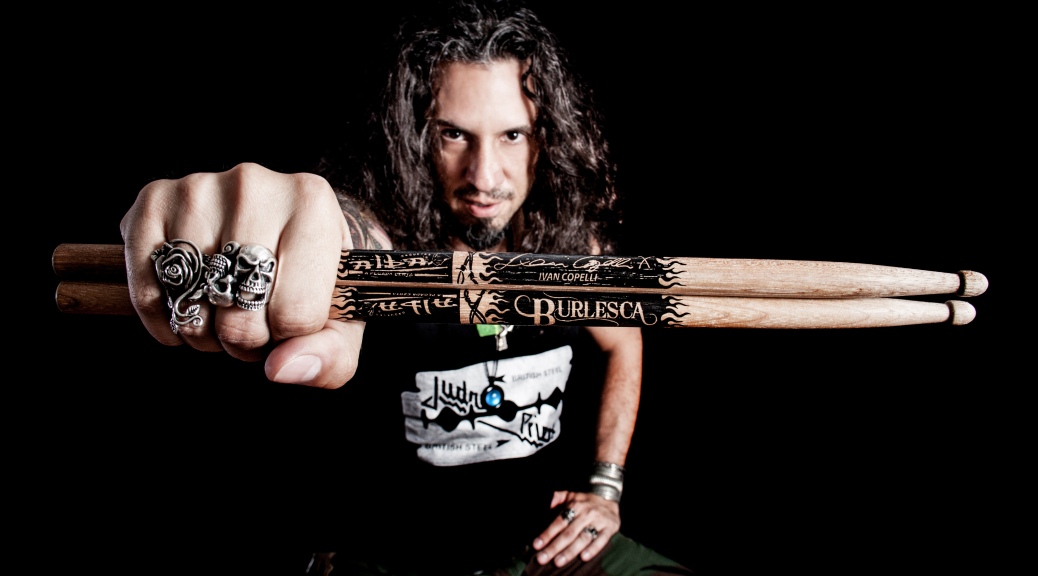 When hard rock musician, Ivan Copelli, began drumming as a young child, he had no idea of the impact it would have on the rest of his life. For the Brazilian-native, it was all about tending to the passion inside him and exploring himself through his music. The now wildly successful artist is used to other aspiring professional musicians asking him for the secrets to his success, but for Copelli, it is simple. He understands that regardless of whether or not you can be classed as a “good” musician or a “bad” one, you owe it to yourself to just keep playing.

As he earned success in his career, after playing with the hit Brazilian band Motores, he learned the true value of remaining true to yourself and to your original sound. He has mastered the ability to market himself effectively and ensure that he doesn’t allow major companies or record labels to take advantage of his purity as an artist. His art is his business and he works tirelessly to grow it wherever possible. He also recognizes that today, with the power of the internet, it is easier than ever before to educate yourself and keep yourself busy. There is no excuse to give up on what you love to do most.

After achieving a series of accomplishments with Motores, including winning MTV Rally’s fierce competition in 2007, Copelli was approached by another up-and-coming Brazilian band, Kiara Rocks. He was familiar with the band’s sound and had attended their shows on several occasions. The band’s lead singer, Cadu Pelegrini, was eager to work with Copelli when he heard that he had left Motores. He wanted a drummer that would attract the attention of a larger audience and to boost the band’s visibility in the industry. Fortunately, Copelli’s work with Motores positioned him well above other drummers of his kind and Pelegrini knew that his contributions to Kiara Rocks would be invaluable. Copelli jumped at the opportunity to lend his talents to the band and it was the beginning of something new and exciting for his already esteemed career.

What Copelli ended up enjoying most about playing with Kiara Rocks, however, was touring around the world and being able to share the band’s music to new audiences in new areas on a daily basis. “For the three years that I played with them, we spent most of our weekends on tour, playing in different cities and states, making new friends, and growing our fan base. We were very close as a band. We didn’t even need to look at each other when we were on stage to know what everyone was doing. We were so connected,” said Copelli.

Copelli’s ability to not only adapt himself to the style of the band he is playing with, but to enhance their sound is what makes him such a highly sought after addition to every project he is asked to work on. After Kiara Rocks appeared on the successful Brazilian web series, Showlivre.com, producer Clemente Nascimento realized just how intangible Copelli’s skills are.

“Across his time with the group, he provided expertise as a top tier drummer. He also appeared in a number of the band’s virally popular music videos. Specifically, in his role as the drummer for the band, he kept the rhythm solid and consistent and while his work does not overshadow the tones of his fellow musicians, anyone who listens to their music notices the harmonious coordination between his drumming and the bass to create a tight rhythm section. He is absolutely vital to any band he collaborates with, more so than most drummers in his field. His contributions Kiara Rocks highlight both his prowess as a drummer, as well as the impact his music had on the band’s incomparable success,” recalled Nascimento.

With Copelli’s rising success, came unexplored territory. When his first single with Kiara Rocks received over 300,000 views on YouTube, he started to see the impact that his music had on the band’s presence in a new light. He could see the difference they were making in the field of rock music on an unfamiliar scale and he was humbled by the recognition they were receiving. All of a sudden, he found himself encountering excited fans in the street, screaming at him and honking their horns. He still gets shivers down his spine when he thinks about it and he credits this success as being the to motivator driving him to create new sounds and bring even more high-quality music to the shelves for his followers.

In fact, it was during his time playing with Kiara Rocks that Copelli experienced one of the major highlights of his career. Being a die-hard rock music fan, Copelli had the distinct pleasure of working with Guns n’ Roses’ drummer, Matt Sorum. Sorum produced what Copelli considers to be one of the most important albums for the Brazilian rock music scene in years. Copelli played his heart out and to little surprise, the band’s fans were immediately addicted. Seeing his work come to life for his fans is just one of the many reasons he continues to play and produce music for a living.

So what does Copelli have in store for hard rock music fans around the world? He has a few projects in the works. Ultimately, however, he hopes to re-connect with some of the artists he has worked with in the past, as well as with new artists, in order to create unique new sounds and albums that his fans will thank him for.