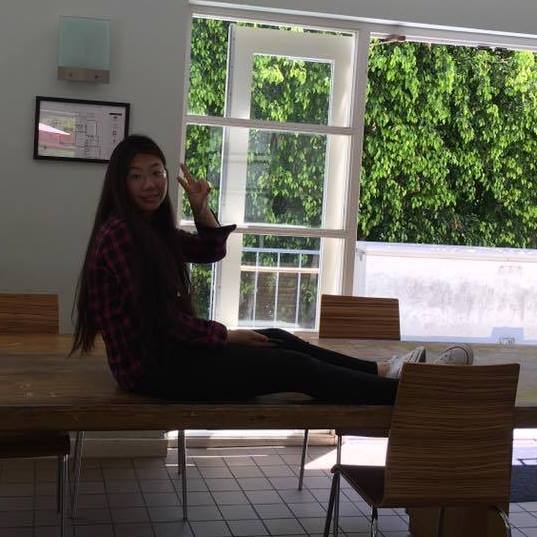 Beginning her career working on documentaries, Zekun Mao knows the power of editing in terms of filmmaking. Simply changing the order of a couple of shots can create a huge difference. Editing, therefore, is very crucial, and the final step in the storytelling process. A good editor can lift the story, not only telling the story itself, but also creating this beautiful flow for the audience. A good editor can not only tell the most powerful story, but also bring the entire audience into the film, letting them experience the story by themselves. An editor, according to Mao, can not only guide audiences’ eyes, but also their hearts.

The Chinese native is now an internationally sought-after editor, having worked on several critically acclaimed films, including Our Way Home, Jie Jie, and Janek/Bastard. She always aims to be storyteller first, editor second, and this commitment to her craft is evident in all of her work.

One of Mao’s more recent films, And The Dream That Mattered, once again impressed audiences and critics alike. It follows an ambitious Asian actor who’s well on his way to Hollywood success when he returns home to Korea and soon discovers that even while reconnecting with family and loved ones, his creative journey ahead is even more lonely and difficult than he could have ever imagined.

“The ideas shown in the film are very contemporary and universal. They speak to a lot of young artists today, and the struggles they face in the modern world. I hope that by watching this, such people can find answers through their own interpretations of the film. I also hope it can encourage a lot of young artists today to pursue their dreams no matter what comes in their way. The film shows that even after a struggle, hard work eventually pays off,” said Mao.

Mao feels that the story, although it is about an actor, can apply to all artists. As an editor, she related to the story and the struggles the character goes through. She hopes many young people can feel something and know they aren’t alone when they watch the film.

Working on And The Dream That Mattered was an incredible experience for Mao. The film was shot without a typical script, in the style of a documentary, a genre she is extremely adept in. Her first step was to categorize the footage according to the emotions portrayed in it. Thereafter, she started building the narrative based on the ebb and flow of emotions in the footage. In doing so, Mao realized the film could play out like reading a book, and she decided to give each story segment a chapter name, summing up the main theme in each story.

“This project gave me a lot of creative freedom. Coming from a documentary background, the shooting style and the structure was very familiar to me. I enjoyed having nearly complete freedom in shaping the story according to what emotions I sensed throughout the footage. Because of this, I myself started reflecting on a lot of the questions that were posed in the characters’ lives. It felt not only like an editing process, but a life journey,” she said.

Mao lent a unique perspective to the narrative. The director and the actor both had their own ideas of what emotions they would emphasize in the film. Mao was able to filter through a lot of ideas from many team members and eventually put together a version that combined the best of everyone’s ideas, including her own. While working on the editing process, she suggested that the lead actor write letters to various important people in his life. These letters ended up being used as voice-overs throughout the film, which tied the film together.

And The Dream That Mattered has yet to make its way to film festivals, but it already took home the Best Independent Film Award at the Korean Cultural Academy Awards. Mao could not be more thrilled by the success the film has seen thus far. It has a lot of experimental elements to it, and it’s heartening for the editor to see such experimentation being appreciated.

“I’m happy that the writer, who is also the lead actor in the film, Jongman Kim, is getting the recognition he deserves. As the editor of this film, I’m thrilled that our hard work has the potential to bring about change to people’s lives,” she said.

Undoubtedly, Mao has had quite a career so far, and And The Dream That Matteredis just another example of what a force to be reckoned with she is. For those looking to follow their dreams and take on a career as a film editor, Mao says practice makes perfect.

“It is a hard job. It might seem very easy, just putting things together, but there is a lot more to it than meets the eye. It is an art form. You need to practice a lot. Editing is not just knowing how to use some software. It’s more about telling the stories. I would say be prepared. Be prepared to work very hard and be prepared to be criticized very hard too. Be patient, because it takes a very long time to figure out the best version of the story. Most importantly, be passionate, because it is a very exciting job,” she advised.