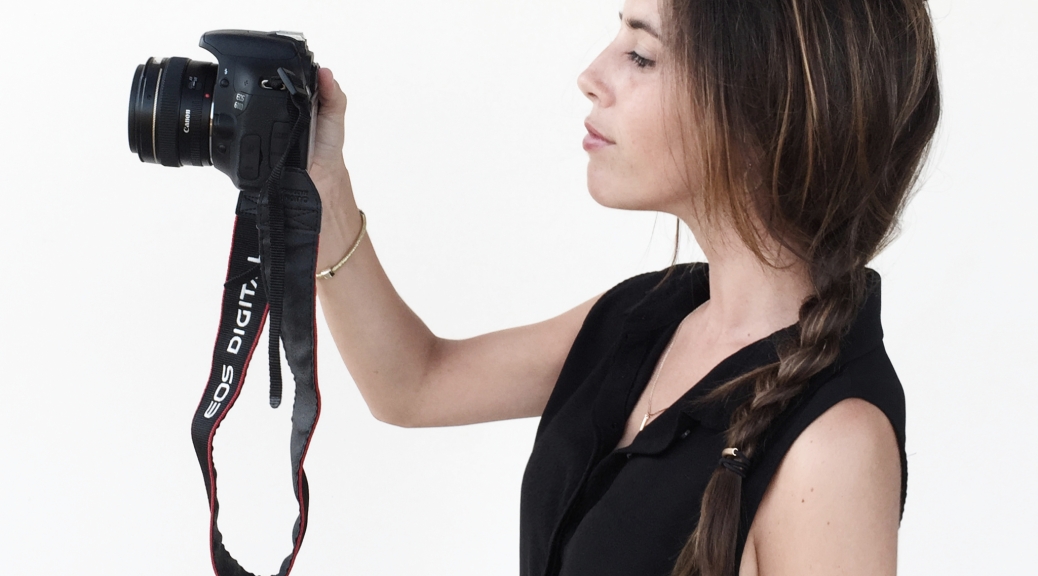 Maria Aguado has always known she was meant to be a filmmaker. Since the age of seven, she wrote screenplays and made movies. At the time, just a small child in Barcelona, she filmed her dolls, editing the footage, unaware of what she was really doing. She grew up holding a camera, and to this day, nearly twenty years later, that remains true.

Aguado’s unique eye has greatly contributed to the success of many brands who seek her services. Just last year, the company Button Barcelona reached out to the videographer to make a promotional and informative video about the brand that would be played at a Button Barcelona event, as well as two other videos to be used to promote the brand on social media.

“I really liked the romanticism that creates Button Barcelona and I wanted to be a part of it. They emphasize how everything worked in the old times, enjoying every step with serenity and a slower rhythm. I was happy to express this through audio-visual,” said Aguado.

Button Barcelona is a company inspired by the way people used to live sixty years before the industrial revolution in a small village in Barcelona. They sell all type of products with one thing in common: bringing back the traditional methods of production and elaboration with hand-made products. As a videographer and editor, Aguado had to transmit this idea to the audience. She filmed and edited three videos for Button Barcelona. The first one was a series of interviews explaining the story of Button Barcelona. The second was the “making of” of the photo shoot. For the third video, she edited the previous two videos together, for the Button Barcelona event. All three were posted and used on social media as their marketing campaign.

“The shooting was really fun. We immediately became a good team from the start. The event was also amazing, my video was screened and we were all there, overwhelmed by the story the video shows and the whole experience,” Aguado described.

While shooting, Aguado filmed the models in different parts of the village doing antiquated activities, such as washing clothes in a bucket of water, going to an antique cinema, and sewing clothes. She truly shows really the audience how these people used to live, emphasizing the essence of the company.

“Button Barcelona is everything that defines us, differentiates us and reaffirms our personality. That’s why I decided to select every single piece that showed a narrative in order to create a story inside a fashion video,” said Aguado. “Through the shooting and the editing, I transformed models into characters. This is the nice and tricky thing about editing, with just one look, a movement, a step, you can create a story, a narrative structure. The tricky part is to know when you are cutting a video and why, it all has to end up making sense in order to touch the audience. Also, remembering all the material in order to be fluent and creative. The brand’s idea is the opposite of frenetic; it’s all about taking your time to produce with love. I showed this by carefully selecting pieces of music and mixing them together. The rhythm plays a very important part too, music and video have to dance together.”

The final video is eight minutes long. It begins documentary style, interviewing the various people at Button Barcelona, and explaining the story behind the company. The final five minutes feature the “making of” from the photoshoots. Aguado perfectly blends the shots to the music, editing the cuts to the exact beat of the song. It does not appear to be a promotional video, but instead an artistic music video, where the models are simply people enjoying their life rather than working. The result is outstanding.

“Maria was given full freedom to create both videos and the result was even better than what we had expected. She is a very hard worker with a positive attitude and creative mind! Her creativity and passion for what she does is what makes her so good at it,” said Candelaria Turrens, CEO and Founder of Button Barcelona.

The three videos were crucial in branding Button Barcelona. They explain the company’s idea, and introduce the world to the members of the brands Button distributes. Without Aguado, the event would not have been the success that it was, and the brand itself could not have achieved what it has today. She captured the company’s essence through the lens of her camera.

“It felt like we were teleported to another time; the times Button Barcelona tries to keep in our lives. The story was clearly shown to the audience, they could feel the essence of the brand and really enjoyed it. The video was repeated every half an hour, people kept asking to see it over and over again. It was amazing,” Aguado concluded. “I believe I showed the value of the simple way people used to live, the romanticism of the old times, enjoying every step with happiness, calm and serenity.”