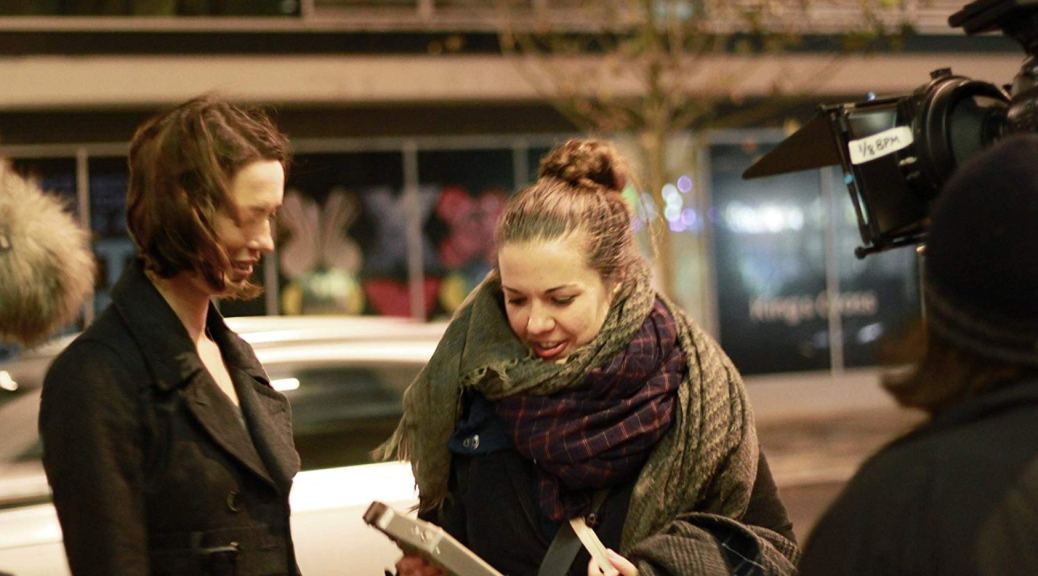 Writing has always come naturally to Claire Leona Apps. She loves telling stories and loves how they serve society; they can teach us and warn us, they can entertain while serving a greater purpose. A good story can create conversation and express ideas that help us relate to new points of view. It’s a powerful tool, and Apps understands that. Her passion for storytelling translates directly into her work as both a screenwriter and a director, from the words she puts down on a page to the way she puts it together in front of a camera, and she captivates worldwide audiences with films.

Apps is an in-demand writer and director, with a series of decorated projects highlighting her esteemed resume. These include her acclaimed films Gweipo, Aceh Recovers, Ruminate, and And Then I Was French. She is known for her ability to showcase the lives of underrepresented characters and bring a dark sense of humour to a story.

“I try not to get so caught up on the real world with my work. I have to deal with that every day anyway. I like a little surrealism, a little irony, and films that are a little self-aware,” she said.

That is exactly the message Apps puts out with her film Girl Blue Running Shoe. The film follows the daughter of a runner participating in the Bupa Great North Run as she makes a film as he trains and runs the race. The film begins calmly with a serene domestic set-up, building pace as the race begins, cutting between the training day and the marathon. At points which demonstrate the intensity of running, a special zoetrope effect is used, breaking down the movement of running into paused actions, reflecting the rhythm of the action – the steady thumping of shoes on gravel, a beating heart, breathing. The piece is shot solely on Super 8, edited to emulate both the excitement of the daughter as an observer and the adrenaline of the participator. With a soundtrack of enhanced natural noises, Girl Blue Running Shoeis an evocative celebration of the human body whilst also telling the simple story of a father-daughter relationship.

“It’s a story about loving and sharing in the experiences of the people you love. It also dissects the movements of running,” said Apps. “Usually I do pretty dark things. It was nice to do something that ended up in a children’s film festival line up. It’s nice to just show love, simple straight forward love between a father and daughter,” she said.

Apps wrote the story and pitched it to the British Arts Council to commission the film. When she got the commission, she immediately began directing, coming up with a new camera technique for the film. The story has two components. One is a daughter watching her father run the race. He is doing his hobby, running, and she is doing hers, filmmaking. She films him running on a Super 8 camera. Therefore, as the director, Apps decided to shoot the whole film on Super 8 cameras. This truly allowed audiences to immerse themselves in the girl’s point of view. Apps also had the idea to use the sprocket holes of the physical film and the division between the different pictures to create a zoetrope like film effect. She did this all by hand: slowing the footage down and cranking it through a projector to be re-filmed.

Shooting took place at the Great North Run in Newcastle, England, one of the biggest half marathons in the world. This presented a unique challenge for Apps, who had to shoot a fictional story around a live marathon. Therefore, the actual shoot was extremely fast. She had to make quick decisions to deal with whatever came their way. There were roads shut off, spectators everywhere, and of course the runners themselves, and they had to move all around them with a child actress.

“The hardest thing about this project was finding the right kid to play the lead. It is a large ask to have a child give you full energy for a few hours of extreme intensity, but Adrianna Bertola, who played the lead, was a dream,” said Apps.

The film premiered on BBC during the Great North Run the following year. It went on to be at the Great North Museum for an exhibition. It was also an Official Selection at the Cork International Film Festival. The success was wonderful for Apps, as the shoot was a chaotic and fun experience.

Now, Apps is currently working on another feature film. She is a truly exceptional filmmaker, engaging viewers of all ages, which is evident with her work on Girl Blue Running Shoe. She knows the key to her success is working hard, and she encourages all those looking to follow in her footsteps to do the same.

“Prepare yourself for a lot of hard work and don’t expect anyone to discover you. We live in a world at the moment where you can generate a lot of attention by yourself and you can make films on your phone. Make something and keep going,” she advised.